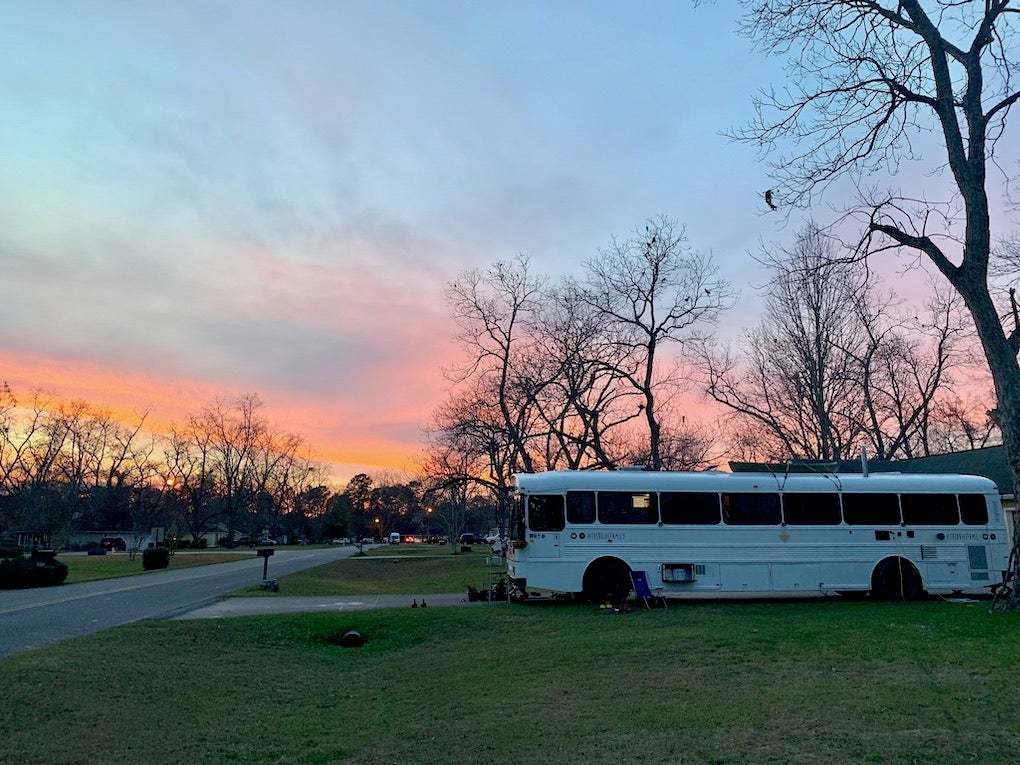 We are writing today in the hopes of sharing our message with your audience regarding the different topics we treasure. We’ll return to those shortly but first, a little background on us. John was a former Special Forces Marine with 14 years of service to date, Shiang-ling is a self- taught, self-made business owner, and serial entrepreneur.

As for the TheBHiveKids, simply put they are a force to be reckoned with as they are not only absorbing the unique personalities of their parents, but the ones developing within themselves as they are introduced to America firsthand. In January 2018, after returning home from another six-month deployment overseas, we fully knew something was not clicking anymore with John’s mental health. As February emerged and we received the word that he would not be eligible for reenlistment, we were stunned and wondering where life would take us. 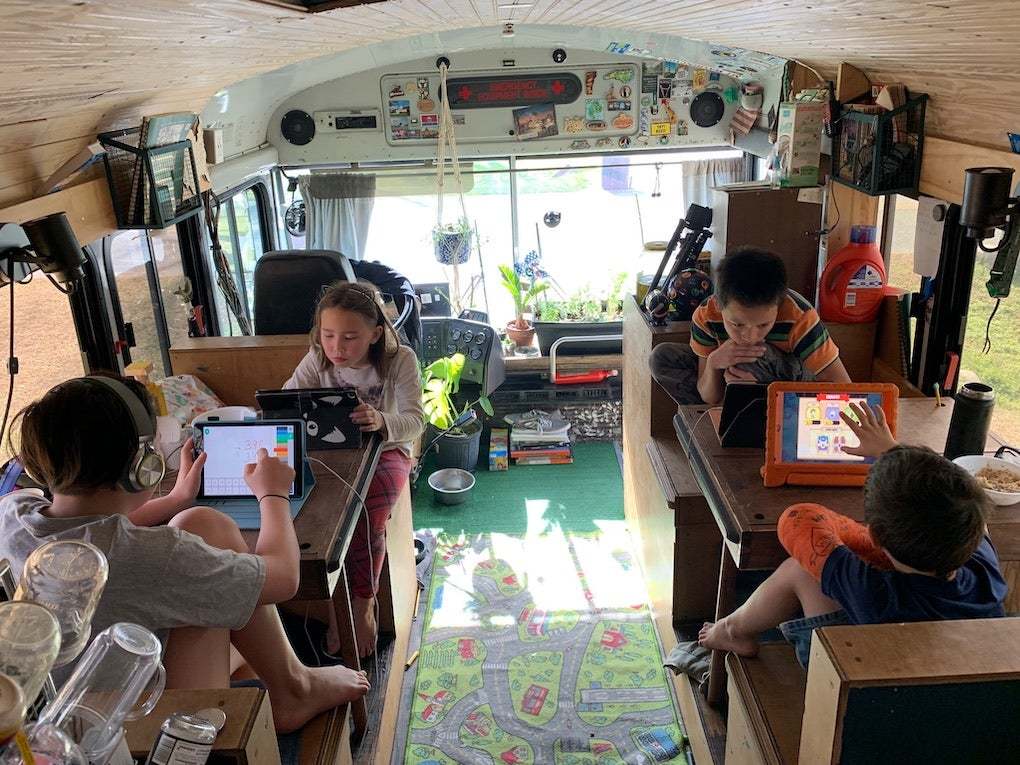 Only 50 business days later, after 12 years of Honorable active duty service, April 22, 2018, arrived. With DD214 in hand (a Certificate of Release or Discharge from Active Duty), a confused man returned home, and we began to figure out how we would financially support our family of six and transition into civilian life. 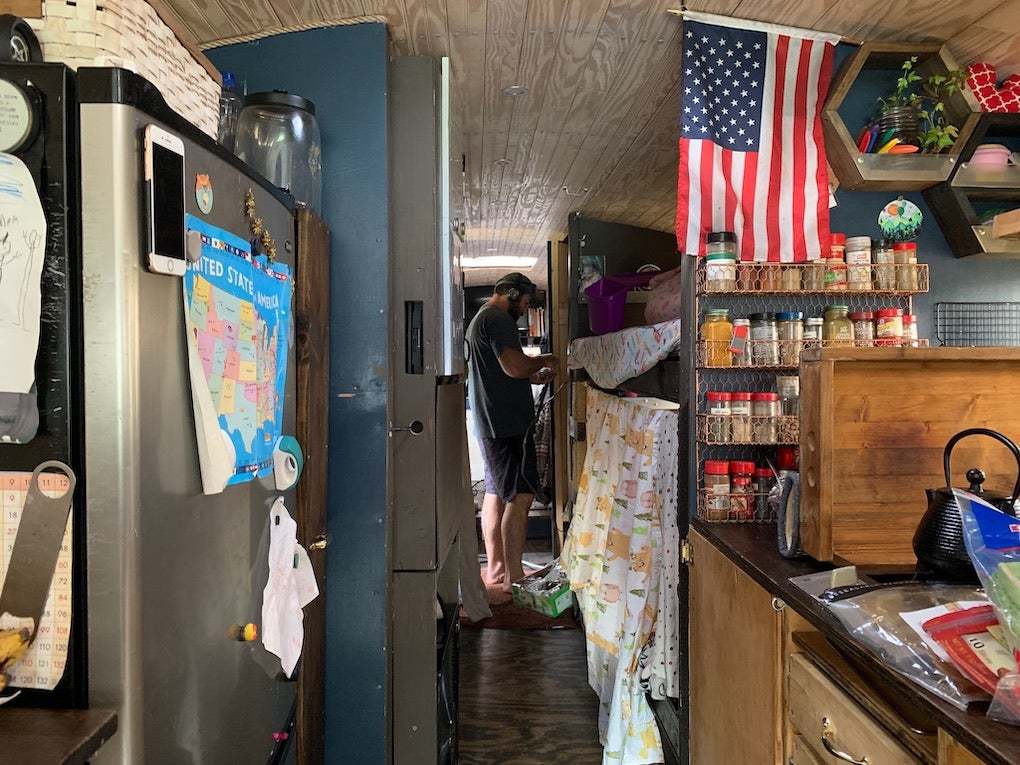 Shiang-ling, being an ever-researcher of new and fascinating ideas came upon the idea of ‘Tiny Living’. John, never being afraid to take the risk, jumped on it and we made the decision to go tiny. Six months later, a visit from Hurricane Florence, a totaled vehicle, John working part-time, and finishing up his 4-yr degree online, Shiang-ling maintaining her business’, we converted a 2000 Thomas Built Bus into the now coined term ‘Skoolie Conversion’.

Nearly a year later, and the East coast of the United States discovered, we’re still on the road (with all four children and four pets) and having the time of our lives! But what makes this so special? Here’s where those topics we treasure come to fruition.

Being a Special Forces veteran, and dealing with multiple Traumatic Brain Injuries (TBIs) and a mix of Post-Traumatic Stress Disorder (PTSD), this lifestyle has been healing. Not only for John but for our family as a whole. John was, and still is, the definition of the above mentioned medical conditions. He forgets things constantly, has a short fuse towards aggressive confrontations, but thankfully, has begun the long road towards healing. 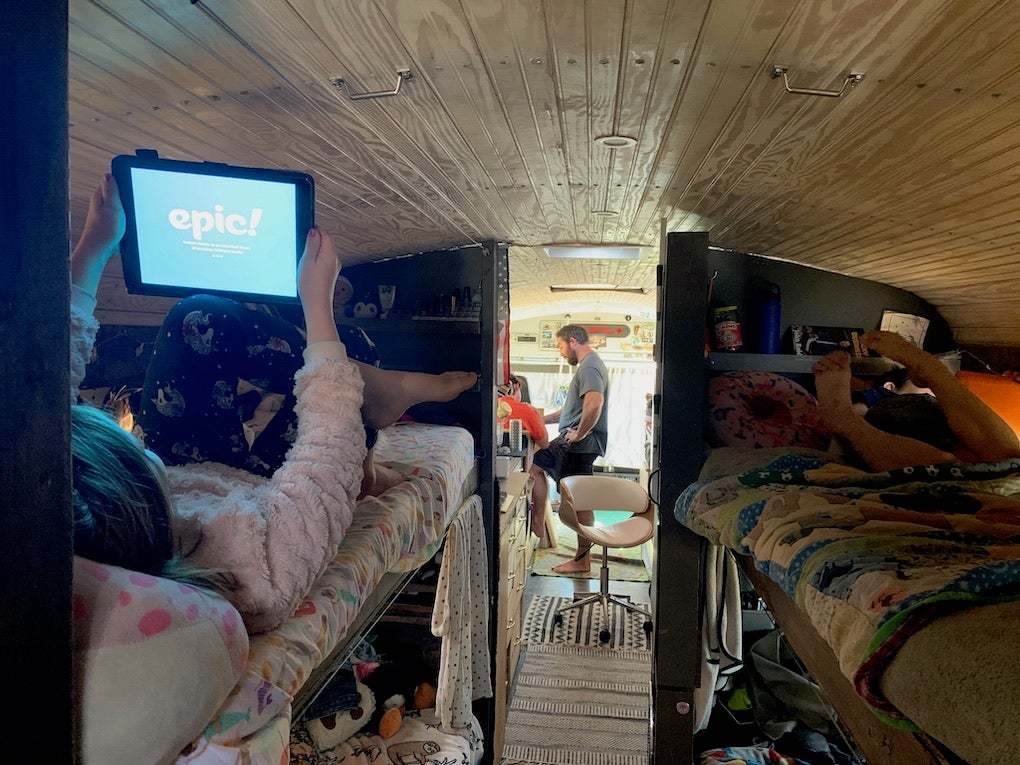 This recovery comes in many forms and facets. Spending quality time with our children has redeveloped their relationships and it shines through on the faces and actions of the children. John is the primary home school teacher and educating is one of the many joys he finds in life now. He has always been an amazing father, but now he is the present father he wished he could be, but never could be, while he served his country. 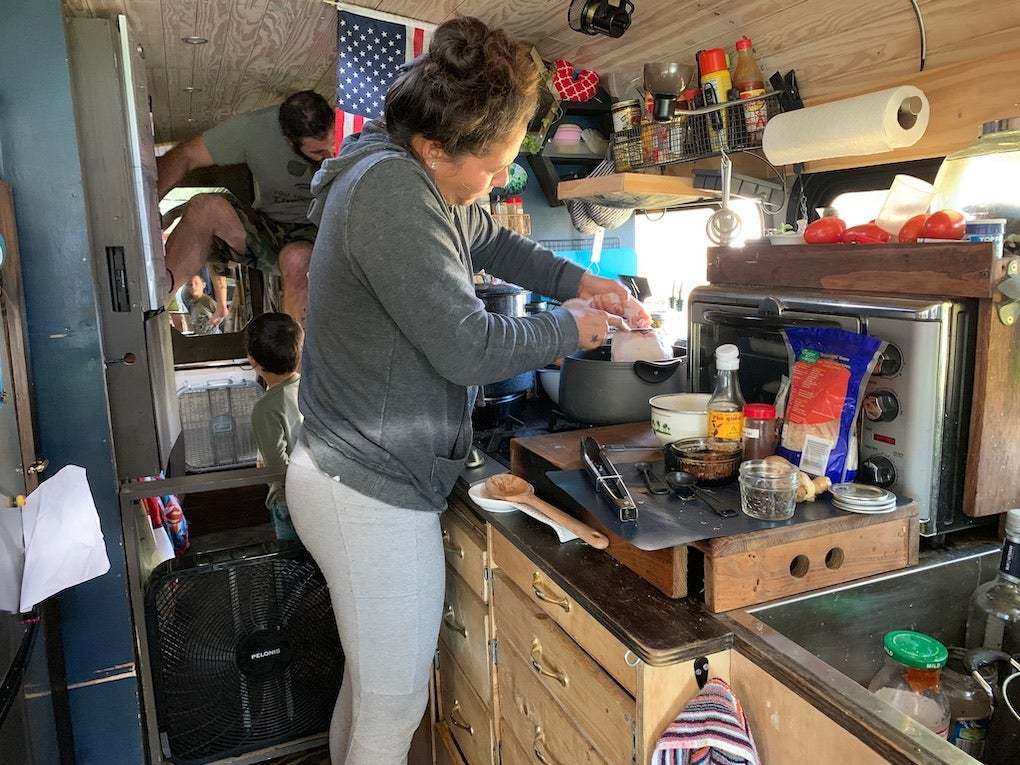 We have been asked to be interviewed several times, by both civilian and military news affiliated services that do not share our same viewpoint on this matter. Because of this, we are taking the time and would prefer to show the healthy lifestyle we live as a means to assist with veterans and families who share the same challenges and hardships of transition and mental health with your help. John has shown remarkable leaps in emotional vulnerability, is now not afraid to admit he is wrong to people and correct his actions and words, and this advice is valuable not only to us but to the American community as a whole. 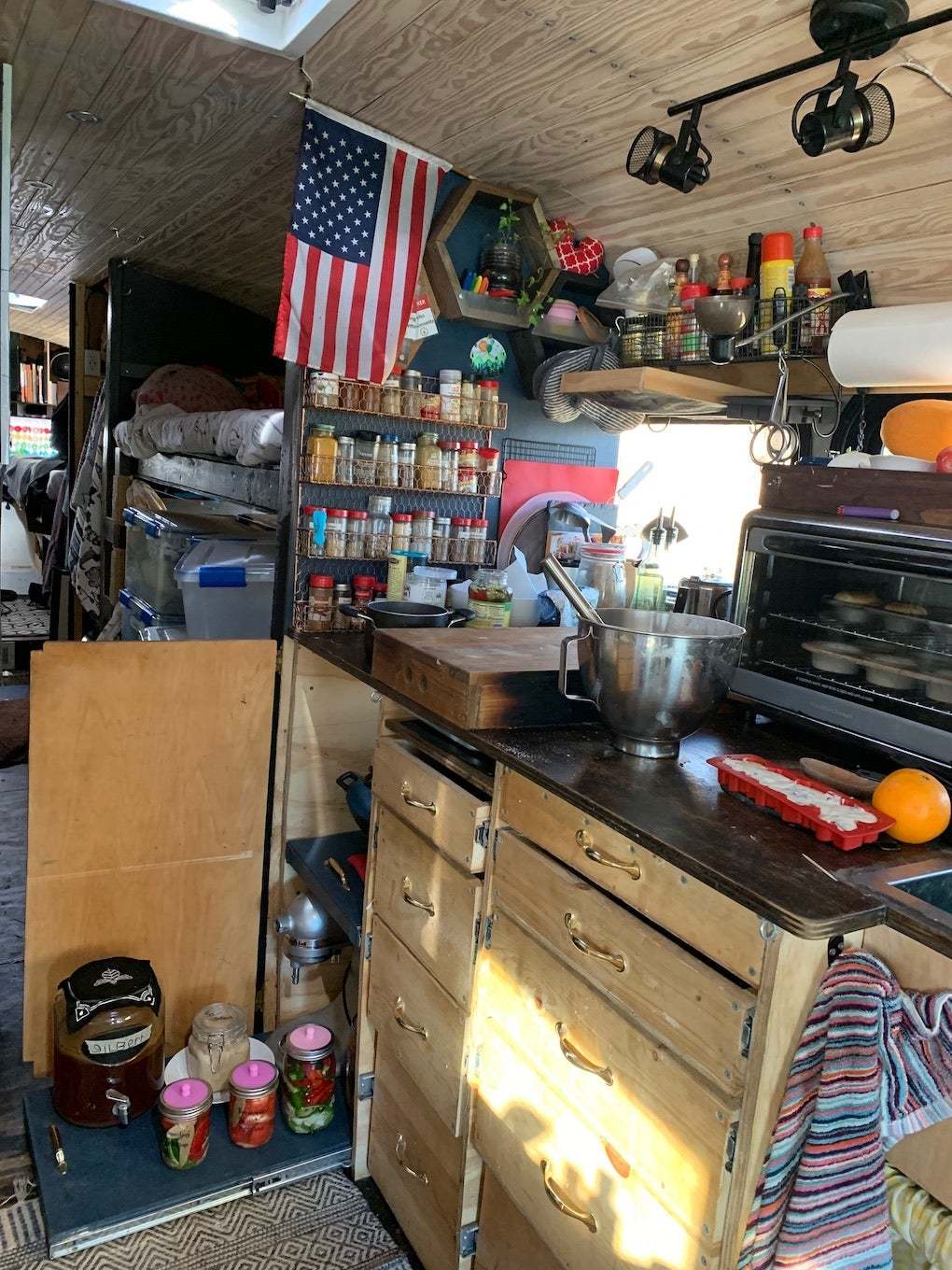 We would love for you to learn more about us at the links below: 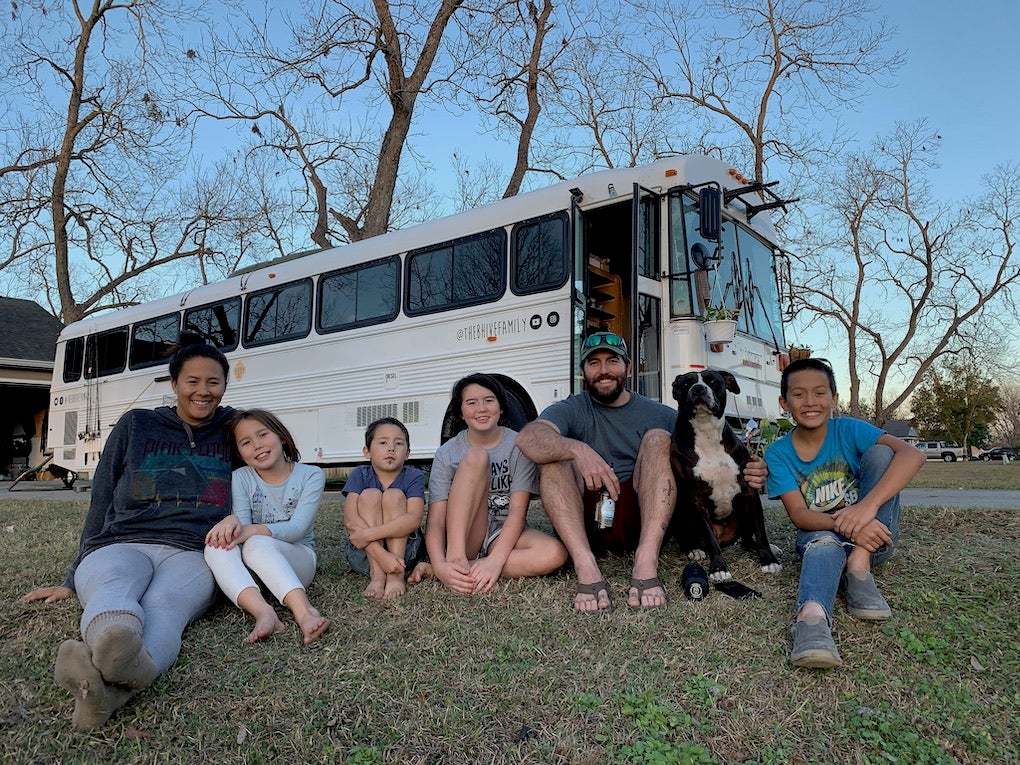