With The Pandemic Still Affecting Millions of Americans, There’s a Case for Building Tiny Houses 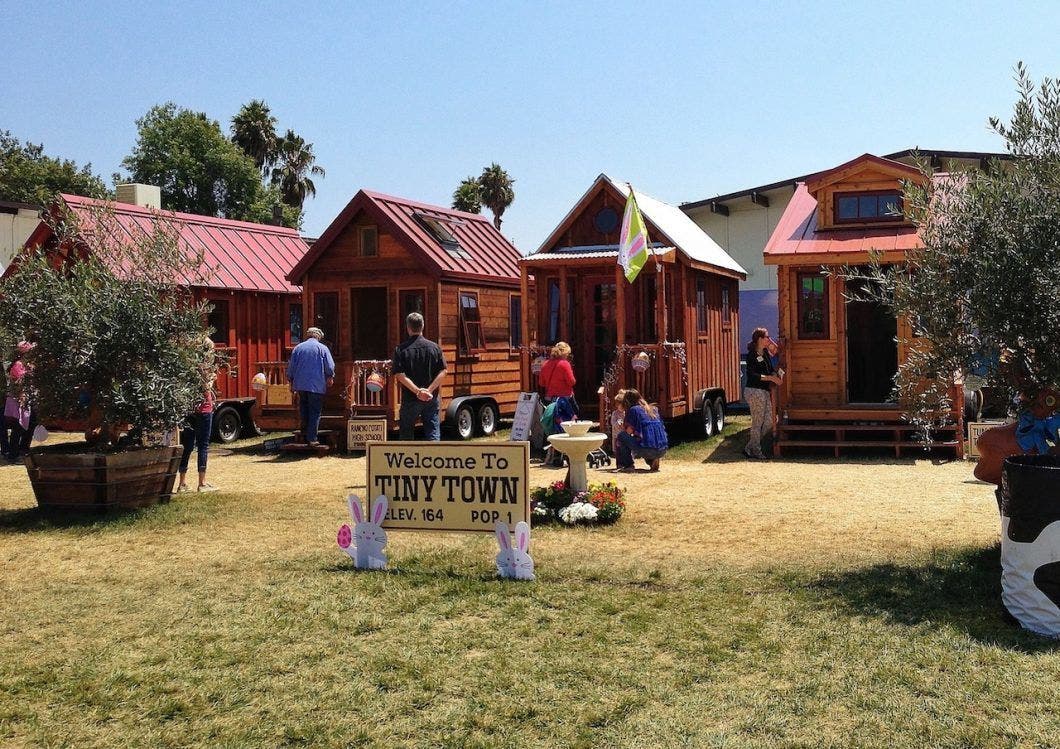 When the COVID-19 pandemic took hold of the world in early 2020, nations across the globe went into lockdown. Billions worldwide took to their homes to protect themselves, their loved ones, and their communities. But what of those who had no home to go to? What of the more than 500,000 homeless Americans whose only shelter is the streets on which they sleep?

Homelessness has always been not only a tragedy but a significant public health threat. But it has never been more of a threat, perhaps, than it is today, as this highly contagious pathogen seeks to burn its way through the homeless community, preying on society’s most vulnerable.

Studies show, for example, that those living in homeless shelters and transitional housing are not only at significantly higher risk for contracting the virus but may also experience worse outcomes overall. They’re also more likely to spur the spread of the virus, as the transience of the population makes the containment of the disease more difficult.

The need for affordable, abundant, and accessible housing have never been more apparent or more urgent. But it’s looking increasingly like tiny home communities may just be the answer.

The Crisis to Come?

As difficult as the pandemic itself has been, there’s no denying the catastrophic impact the global lockdowns have had on the global economy. And the fallout is, unfortunately, probably going to last for a while.

As millions of Americans grapple with unemployment and fears of a second Great Depression persist, a surge of foreclosures and evictions seems all but inevitable. Foreclosures have a lasting impact on homeowners’ ability to finance a future home or even to secure rental housing. In most circumstances, foreclosures remain on the homeowner’s credit report for at least 7 years.

In the face of an imminent national housing crisis, tiny home villages like the one recently built in Eugene, Oregon may well be the best solution for individuals and families who no longer qualify for a traditional mortgage or a rental home — or for those who simply do not want to take on such a housing debt in the face of a shaky global economy.

For traditional homeowners, trying to live in a fraction of the space you’re used to can feel like a big sacrifice. But with that sacrifice can come big rewards, especially as the world tries to recover from the aftermath of the pandemic. After all, tiny homes come in practically all shapes and sizes, and they offer many, if not all, of the amenities of a traditional home, just in a scaled-down version.

Tiny homeowners can save as much as $100,000 in cost of living expenses when compared with the costs of traditional homeownership. And in the face of the pandemic-related economic collapse, having a safe space to quarantine that doesn’t cost an arm and a leg to maintain can be the key to your family’s financial survival.

It Takes a (Tiny) Village

With no sign of the pandemic abating anytime soon, and with winter fast approaching in the northern hemisphere, the construction of tiny home villages just makes good public health sense. In New York City alone, for example, the virus has ravaged the homeless population, resulting in disproportionately high mortality rates, simply because of the fact that people in the homeless community have nowhere to safely self-isolate.

The reality is that viruses need a vector. They require a living host to survive and replicate. And coronaviruses, the same “species” of the virus as the common cold, are notorious for their transmissibility. Coronaviruses are the Usain Bolt of viruses, able to race with breathtaking speed from host to host through the tiniest of respiratory droplets, a single cough or sneeze potentially infecting anyone within a 6-foot radius.

In addition to providing a safe space for people to self-isolate, tiny homes also offer another decided advantage for homeless and housing insecure people: constant access to clean, running water. Impeccable hygiene, from frequent hand washing to the sanitizing of surfaces, isn’t possible on the streets, but it’s certainly manageable in a tiny home.

The coronavirus has hit the world hard. But perhaps few communities have been harder hit than the nation’s vast homeless population. Homelessness and housing insecurity, however, not only increases the risk for those vulnerable populations but for the general public as well. Tiny homes, though, may well be the answer to this unprecedented crisis. But it’s not only today’s homeless populations that can find safety and security in a tiny home. Those who have faced the economic ravages of the pandemic may well find security and peace of mind in the low costs of living in a tiny home.

What is a minimalist life?

Purchasing During a Pandemic: The Unique Challenges of Purchasing a Tiny Home During COVID-19

The Pros and Cons of Tiny Smart Homes