Tiny Houses and Why More People are Living in Miniature 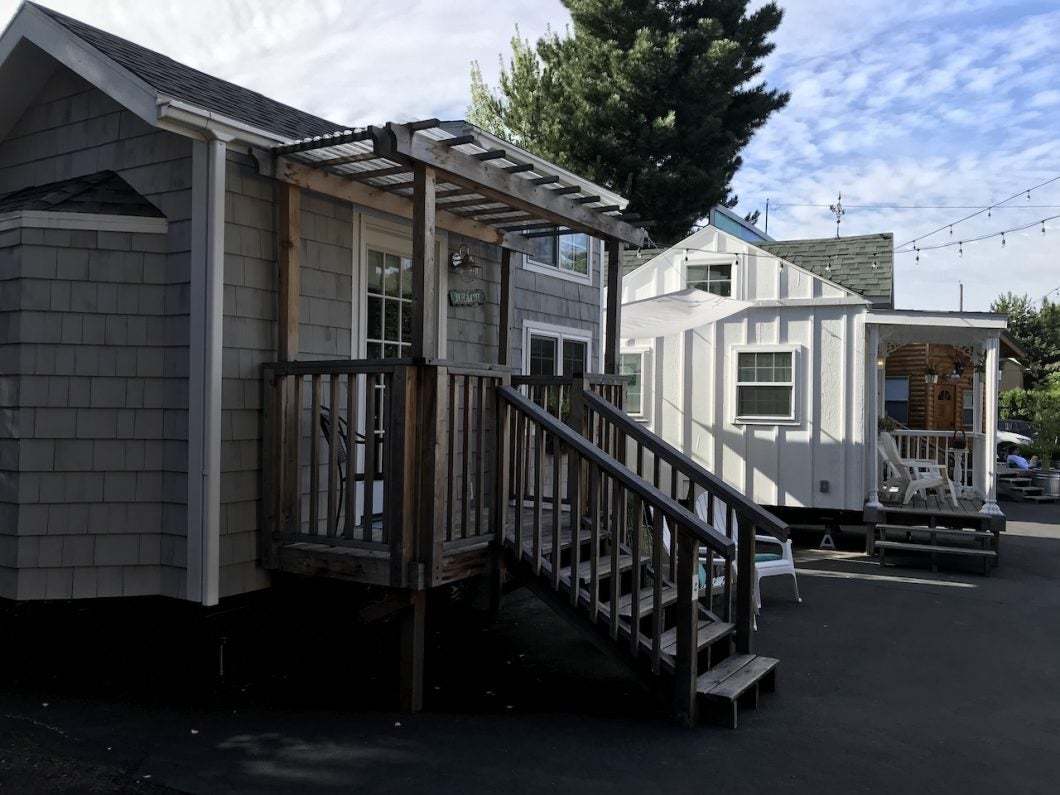 Tiny houses have been heralded as a radical and creative way to address a lack of affordable housing, as well as reducing living costs and shrinking our carbon footprint.

My PhD research looks at the tiny house movement in the UK. I am interested in who lives in them and why, and in the barriers that people face to living in this way.

I am also building my own tiny house at the same time. I am excited by the idea that people could build their own houses – it is a lot of fun – and halve their living costs at the end.

Yet my research is also highlighting that for many people, living in a tiny home is an act of necessity. It’s not that they want to live in a 5 metre by 5-metre timber box, it’s that they can’t afford to do anything else. And for others, even this is out of reach.

Tiny houses are homes usually 40 square metres or less. A popular construction style is to build them on a trailer base. This allows them to be classified as road-towable vehicles and avoids many of the complications of building a permanent home with foundations. Others are log-cabin-style or shed homes, and some are even built underground.

They are much cheaper than traditional housing – the average tiny house price tends to be around £35,000 – and result in much cheaper living costs. This can free up time from the obligation to work to pay rent or a mortgage.

Research has suggested that people who live in tiny houses spend more time outside or with friends and family, which can make them happier than their overworked counterparts.

However, building a tiny house still requires thousands of pounds and, importantly, somewhere to build. This means these projects seem mostly to be done by people who do have some savings, access to personal loans, and friends or family who own land. It’s just that they don’t have enough savings to buy a “real” house.

Read more: Tiny houses look marvellous but have a dark side: three things they don’t tell you on marketing blurb

This means that although tiny houses are considerably more affordable than conventional houses, they are out of the reach of the people who are in most dire need of housing.

If somebody is unable to save up the average deposit for a brick house, they are not likely to be able to summon this amount for a tiny house either. What’s more, you can’t borrow money through conventional mortgages to build tiny houses because they are not attached to land, which is the real asset that appreciates in value over time.

Instead, tiny houses must be financed via private loans, just like if you wanted to buy a car. A typical interest rate on a mortgage loan in the UK right now is roughly 2%. Compare this to the interest you would have to pay on a personal loan to build your tiny house – an average of 7% – and it becomes clear how unfavourable the financial landscape is for this type of project.

Of course, tiny homes can be built for significantly less than the average price. A participant in my research study built a 10 square metre tiny house for just £900. He loves this home and spends a lot of time in it. However, it is built on land that he already owns – another hurdle to overcome which is eased by material capital.

The UK has the longest average working hours in Europe, and a significant proportion of earnings go towards housing costs.

My participants have described tiny houses as a way to reduce living costs in such a way that they can either work much less or work in more fulfilling jobs for a lower salary. People have expressed to me how they found it strange that they used to work 40 hours per week to pay for a home that was seldom in.

People I have spoken to who build tiny homes cite a desire for simplicity and a move away from a life focused on spending and buying. Some have described the work-to-spend attitude of society as unfulfilling and harmful.

It seems counter-intuitive that people would prefer less space to more, and that people would volunteer to live in a shed on wheels if there were enough affordable homes. Yet I have encountered people who do have the money to live in a conventionally sized house but would prefer to live tiny – and find their goals obstructed by planning permission and access to land.

Another way to look at the tiny house movement is that it sums up the failures of adequate distribution of resources and access to opportunity. It can be seen to be romanticising poverty and ignoring structural inequality. The movement is known to be fairly white and middle-class, which suggests its radical potential is being overstated.

What is a minimalist life?

Purchasing During a Pandemic: The Unique Challenges of Purchasing a Tiny Home During COVID-19

I like how you mentioned that a log-cabin-style mini home is a lot cheaper than traditional housing. I’m planning to move out of my best friend’s apartment since I’ve been freeloading there for an embarrassingly long time but I’d like to make sure that my new home would be something affordable for my budget. Perhaps I should consult a log home material supplier to see how much would it cost to have one built for me.

What fun to see a photo of our tinys under the title of this article at Tiny Digs Hotel of Tiny Houses here in Portland, Oregon. The gray and white tiny in the foreground is our Beach themed tiny. The white house with the green roof is our Cottage victorian tiny and in the background is our Log Cabin house. Check out our website for many different building ideas and inspiration. If you’ve never stayed in a tiny house, come check us out if you plan a trip to the Pacific Northwest. YouTube Tiny Digs for some nice videos done on the hotel also.