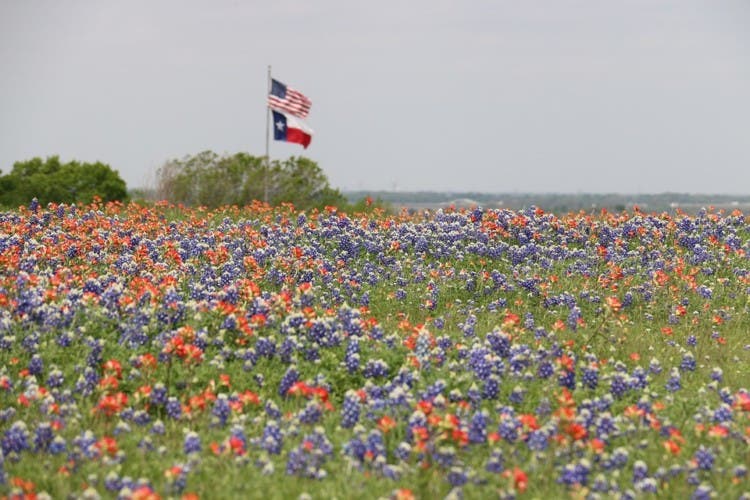 Tired of hearing that tiny houses aren’t welcome in the places where you want to live? Well, that’s all in the past, because the nation’s first tiny house friendly town has started a revolution. Out on the arid plains of northwest Texas, surrounded by sandstone canyons and cotton fields, is the little town of Spur, Texas. At first blush, it doesn’t sound like much. There are only about 1000 people living there. It’s a quiet, country place. But they’ve got fresh air, blue skies, and one very special freedom that few of us are able to enjoy at the moment: the right to live in tiny houses. They call themselves the Old West town that welcomes pioneers. Spur is a modern celebration of what the Old West represented to the people who lived in a bygone era, when lifestyle freedom was a person’s most important endeavor. It’s a town that recognizes the social and economic hardships of contemporary life in the nation’s biggest cities, where cutthroat competition and unchecked overcrowding have led to circumstances wherein even the most talented and well-educated among us struggle to make ends meet. They’ve drawn a line in the sand against an ever-rising cost of living by opening their minds, and their town, to the tiny house movement. They’ve set themselves in stark contrast by offering what many of today’s generation want more than anything: a place to put down roots, where our voices will be heard, and connection with our neighbors – perhaps above all else, they’re offering an affordable way of life accessible to the first generation of Americans who have a lower quality of life expectancy than preceding generations. In 2015, the average mortgage for a home in the United States was $168,164. At an average interest rate of 4.75%, a person with a mortgage that size will have paid $315,800 by the end of the life of the loan, at $877 a month. (OUCH!) Of course, this is assuming you have good credit, a steady and reliable income over the course of a full thirty years, and that your bank isn’t pulling any monkey-business like the sub-prime lending shenanigans that started the Great Recession of the late 2000s. Speaking of that colossal housing crisis, most of the people who were ousted from their homes around that time are still renting, which has led to a long-term hike in the cost of rent, nationwide. While zillions of perfectly habitable homes stand vacant. (Isn’t it a messed up world we live in?) Even though the unemployment rate in the USA has been steadily declining for the last several years, we’ve replaced it with a different, equally troubling metric: the underemployment rate. According to the US Department of Labor, the underemployment rate, (meaning folks who are working part-time or on a contract basis while looking for a “real job”,) is 13.7% as of July, 2016. If you’re single and underemployed, (which is the case for about a third of adults aged 30 and younger,) and you have student loans to pay off, (which is the case for about 1 out of every 8 Americans,) a typical mortgage is likely to be way out of reach given that a common standard among lenders is that your mortgage payment cannot be more than 35-40% of your monthly income. The folks of Spur, in the meantime, are able build respectable homes sufficient in size to live in comfortably, on a piece of land they can own inexpensively, with property taxes that directly benefit their community, at a fraction of the cost of a typical American homeowner. According to a documentary filmmaker who recently passed through my little village, a quarter-acre plot of land can be bought inside Spur city limits for around $500, or a 5-acre plot in the countryside for a few thousand. He gave me the example of a young couple who are building their own small home for around $12,000, not counting what it will take to cover their living expenses during the construction phase of their home. When they’re done, they’ll own their home free and clear for a little less than 4% of what they would have had to spend to own a “normal” house in the suburbs of a “normal” American town. (I tried figuring how this would compare to an average home in the San Francisco Bay area, and it broke my calculator.) There are some limitations, mind you. Tiny house plans have to be approved by the city council, and there are certain minimum standards they want to maintain. Your house has to have an adequate foundation, (according to a professional, not by the standards of an amateur that’s fresh off of watching a couple YouTube videos – that means rebar reinforcement, and a depth of at least six inches,) along with standard plumbing and electrical wiring all connected to municipal utility services. For now, they only permit standard stick-framing with wood or metal studs, and flush toilets are required. (Considering that’s more or less how most tiny houses are constructed anyway, these conditions are hardly a deterrent.) However, if you’re looking to build with natural materials like straw bales or reused items like shipping containers, or if you want to do something experimental, or your dream is to live in hobbit house, then Spur won’t likely be the right place for you. (If you DO want to construct one of these non-traditional types of homes, I recommend you check out my eco-village in northeast Missouri. Here, you’ll be able to build just about anything you want, within reason.)

If you’re interested in learning more about the tiny house community growing in Spur, take a moment to visit their website. They provide several ways to contact them if you have any follow-up questions, or if you want to bite the bullet and purchase a plot of land for the tiny house of your dreams. Also, don’t worry if a tiny home on the range isn’t your style, because there are scads of places where the tiny house movement can find the freedom we’re looking for. You can even choose a pre-owned tiny house. If that’s more along the lines of what you’re looking for, check out these five other amazing places to find tiny houses. Making the Most of Your Tiny Home’s Limited Storage Space

I looked into Spur several years ago right after the city allowed TH’s to be built. Even paid a visit to Walsenburg, CO (since I lived in Colorado Springs at the time). The thing you have to realize about both places…they are at least an hour from any good sized metro area. If you don’t have a job where you can telecommute…you will be driving at least an hour. Spur is about an hour east of Lubbock and Walsenburg is about an hour south from Pueblo and an hour and a half from Colorado Springs. Another thing about Walsenburg is that the city/county are have battles on whether or not legal marijuana growers will be able to set up business in the city/county. In terms of Spur, if you are used to some place like Portland or Seattle, you are going to be in for a rude awakening. The biggest employer in the area is the local prison in a town about 10 miles away.
For instance…I left Colorado Springs for Oregon about a month ago because of what I felt was being caught in a time loop from 50 years ago. If you’re not expecting it…Spur and the area around there will drive you crazy. Where I’m living south of Portland…several people have TH’s and I have been welcomed in a way I never was in Colorado. I have a new job I’ll be starting soon and making more money than I have in almost 20 years. My plans are to get an RV or build my own TH and bring my girlfriend out here to our new home.

The new restrictions specify that all tiny houses have to be connected to the power grid, water supply, and sewer system and they can t be on wheels.

Can you please be more specific as to “south of Portland” (grew up in Oregon, lived in CA, Boston, NYC 33 years, bld fire did me in, looking for alternative housing situations).