Nathan Mackenzie Brown on Living in a Tiny House in Community 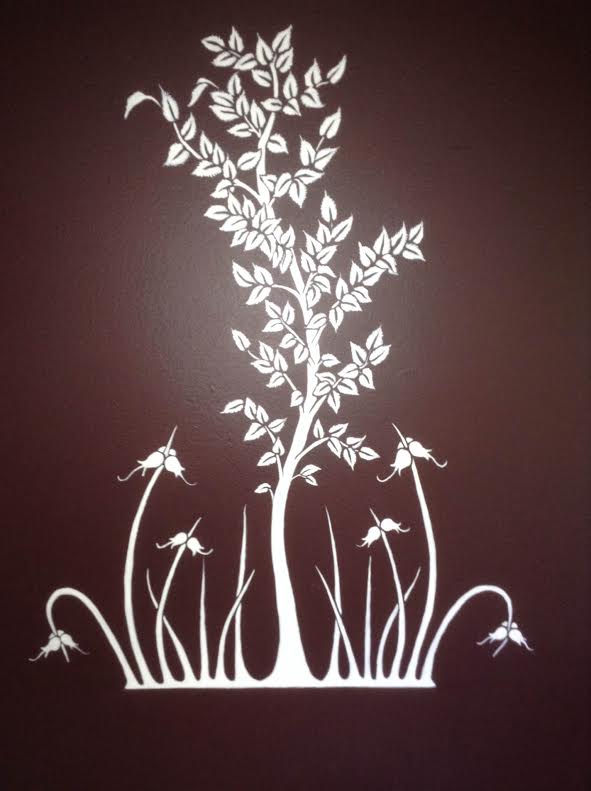 Nathan Mackenzie Brown, eco-philanthropist and impact investor for the age of climate change, is living the simple life in his shack turned efficiency cottage: The Upcycle.

Over ten years ago, Nathan Mackenzie Brown moved to Dancing Rabbit Ecovillage in pursuit of lifestyle freedom. You can read more about that in this Forbes.com article,  featuring Nathan and the philanthropic work he is doing as part of his business model, Integration Profits.  (By the way, if you’re interested in seeing this house, and all the other tiny homes at Dancing Rabbit Eco-village, consider spending three weeks with us in 2016 through our visitor program.  You’ll get to see several different styles of tiny houses together in the same place, and learn a lot about environmental sustainability.)

I recently went to visit my primary ‘bromantic’ partner, the notorious NMB, to talk about his 225 square foot tiny home: The Upcycle. It’s a cottage made mostly of recycled and reclaimed materials. It has been retrofitted to become one of the most energy efficient homes in our intentinoal community, and is Nathan’s base of operations for his quest to promote non-profits working for environmental causes, using his internet marketing expertise. When I arrived, Nathan was doing his daily exercise routine. I lounged on his bed and ate chocolate covered almonds while he labored through a series of pullups, wearing a weighted vest. Between each gasp of breath, he told me what his first winter was like in his house.

“The house was designed to be a storage shed,” he explained, “but the people who built it were living in it while they were saving money to get started on their real house. They didn’t invest much in insulating it, and because they were inexperienced builders, the structure was poorly designed. For example, they used blown cellulose insulation in the walls. Cellulose isn’t meant for that kind of application, so it settled and left huge, uninsulated gaps behind. When I woke up after my first night sleeping in the house, there was ice in my water bottle.” The original structure cost $17,660 for Nathan to purchase. Subsequent investments in spray foam insulation to fill the walls, rigid polyisocyanurate foam for the floor, some work on the foundation and miscellaneous other structural improvements added $19,243 to the price tag. “As a temporary measure to insulate the floor,” Nathan told me, “I placed a bunch of straw bales under the house to keep it a little warmer. This was a bad move, because rats turned it into a 24-hour bowling alley. The noise kept me awake at night.” (And the prices at the snack bar were criminal.)

“Building the house from scratch from the beginning would have been WAY easier,” Nathan told me, as he shifted to doing rubber band exercises. (I was terrified that one of them would snap and take my head off.) “I experienced a lot of grief and stress as I gradually become aware of all the problems the building had after I bought it, which were costly and time consuming to correct. If you’re debating buying an existing tiny house or hiring an experienced contractor to build one for you, definitely go with the new construction strategy.” “Originally, the house was standing on skids,” Nathan went on, “so it didn’t have a proper foundation. Over time, it began to sink, because it was settled in a spot that collected water every time it rained and the bricks holding the floor joists aloft had washed away. As a result, the southeast corner of the building was beginning to rot. I hired a local Mennonite excavation company to come lift the house and install a sturdier foundation – in the process, the house was leaning so far that I began to fear the whole thing would topple over. The workmen were calm, though, so I was calm too. I asked the foreman about it afterwards, and he said it was one of the riskiest moves they had ever done, and my jaw dropped! I’m so glad I didn’t know how close the house came to total destruction while they were doing the work.” It was at this time that Nathan had a pond dug in a low spot on his leasehold, to collect rainwater and avoid similar damage to the foundations of his house in the future. Mosquitos love it, as do the neighborhood Khaki Campbell ducks. His overall expenditure for the house and nearby outbuilding, ($36,903,) includes about $3000 for a snazzy new air source heat pump, which grabs warm air molecules from the air and injects them into the space using electrical energy, which is produced at Dancing Rabbit using photovoltaic and wind turbine technology. During the summer, it works in reverse, allowing Nathan to cool his home for a mere a $5 a month through the whole warm season.

A dysfunctional rocket stove was the first adjustment Nathan attempted, to keep his house warm through the winter. Nathan tells us all about it in this video:

The rocket stove had to be fed constantly to keep the house warm, and design flaws meant that it allowed carbon monoxide and smoke into the living space. After a short period of use, Nathan replaced that monstrosity with a new cast-iron wood stove. He included a heat grabber in the chimney, which blows air through tubes that interrupt the path of hot fire gasses as they rise through the flue. This improvement reduced wood consumption by about 30%.

Other thermal problems emerged when Nathan began to sleep in the loft space. “It’s about 10 degrees warmer at any given time of the year,” Nathan said, “which is a nightmare in the summer. It was just too hot to sleep up there in the warm months, so I ended up on the bottom floor anyway. It worked out better in the winter, but it isn’t high enough to sit upright, and it isn’t very comfortable, so I just use that space for storage nowadays.” There is no kitchen in The Upcycle, because Nathan is a member of a dining co-op, which shares communal facilities as well as cooking duties. Members of the co-op save time and money with this strategy, while enjoying one another’s company during meals.

As for bathroom functions, Nathan uses a communal shower for bathing, and he has a composting toilet hidden behind paper shoji screens inside his home. Effluvia get deposited along with straw in a specially designed compost area on his leasehold. Waste decomposes over several years into rich black soil, which Nathan uses to fertilize his landscaping. Recent additions to The Upcycle are a series of indoor murals – an intricately detailed Asian pear tree and walking onions – painted by a local artist. “I have an altar in my house as well, featuring artifacts from key moments in my life and tokens of my best friend Tamar, who died of cancer a few years ago. There are some feathers from the first chicken I ever slaughtered, to remind me of the preciousness and ephemerality of life. These sit beside a blackbird feather, which is the symbolic prize I earned at the end of a special spiritual journey I took with a friend. There’s also a list of pros and cons I made when I chose to have vasectomy surgery, which serve as a reminder of the things I wanted to give away as part of my Vipassana meditation practice.” Nathan supports coherence counseling and personal growth work models like the Mankind Project, as tools for coping with struggles in life. “There was a period of about two years,” Nathan told me, “when I was in such physical pain from psychosomatic back problems that I was unable to even brush my teeth, or type at my computer. I don’t think I could have made it through the process of improving my house without the help of these kinds of tools for growth work.” (An equivalent of the Mankind Project available to women is Woman Within.)

You could participate in some of these exercises firsthand by visiting our intentional community during the 2016 warm season. Nathan would be happy to tell you all about his plans to help charity organizations working in areas related to environmental sustainability and social justice, as well as our local currency, which is now being traded as far away as the Take Root Café in Kirksville, Missouri, where people are invited to pay what they can afford for a wholesome, organic meal. Big Dog, Small House: How You and Your Pets Can Adjust to Tiny House Living

Hi,
Can you tell me about how much I should pay to fix up a shed 8×12. The roof is made of 4 4×8 plywood. It might need the rafters as well. I need to know so I can pay to have it done and I want to be aware of how much I should pay. I live in the pacific nw. It has 6 ins. of moss on it and I’m not sure how much damage there is. Inside has one 4 in hole and 2 or 3 small wet areas but the floor is good. I want to bring it back to life. Any help with this will be so appreciated. Thanks Linda

Nathan here. I’m sorry, I can make a recommendation with out a lot more info, but I tg you would do better starting from scratch.

I am always impressed with post from Dancing Rabbit. I must visit there once I am living on my land in Missouri. I just wish Ziggy was still there, his blog was my first introduction to Dancing Rabbit several years ago.

[…] applies to your lifestyle too. Read here to see how one tiny homeowner pursued his idea of lifestyle […]