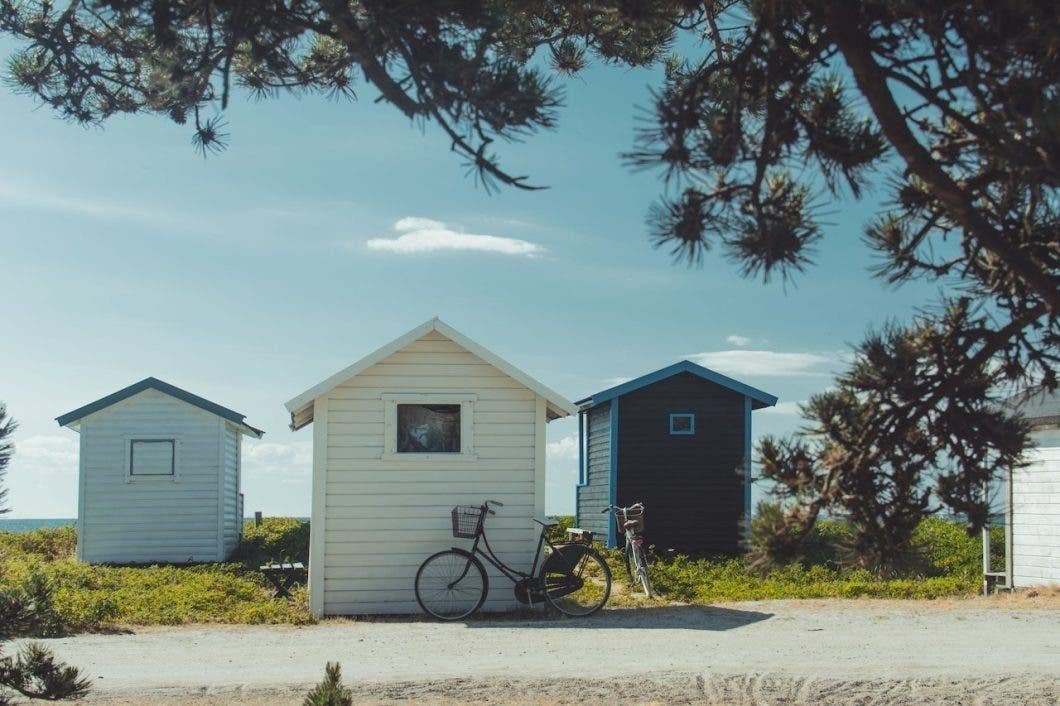 Although the tiny house movement may seem like a product of the millennial generation, its foundation runs much deeper. And when the modern tiny house movement began to pick up steam in the late 1990s, few could have predicted how far it would go. At the time, the square footage of an average U.S. home was on par with today’s figures: The Atlantic puts the median size of a single-family home at around 1,650 square feet, among the biggest in the world. In comparison, tiny houses typically encompass less than 400 square feet.

With such a dramatic difference in available space, tiny home living isn’t for everyone, yet the popularity of these minuscule dwelling spaces continues to grow. So who’s buying tiny homes? Interestingly, data indicates that tiny homes are popular among homebuyers of all ages, but especially those over 50.

In increasing numbers, older generations are embracing the tiny house movement, for several reasons. For Baby Boomers, living in a tiny home community allows for more flexibility and freedom than a traditional retirement village or nursing home. What’s more, the low cost of a tiny house compared to a traditional dwelling is an attractive selling point among Boomers, millennials, and Gen Z alike.

Tiny houses also offer environmental benefits, as a smaller living space equates to lower construction costs and utility bills, less waste, and fewer possessions. Here’s what you need to know about the appeal of owning a tiny home among different generations, whether as a sustainable living space or an investment opportunity.

The Rise of Tiny Home Living

One reason that older and younger Americans alike are moving into tiny houses is that they’re often unable to afford traditional homes. The global pandemic has only served to increase the already high cost of living across the U.S., as wages remain stagnant. For those on fixed incomes and/or working low-paying jobs, the median tiny home price tag of just under $60,000 isn’t out of reach.

Among millennials, the cost of housing is of paramount importance in an increasingly volatile and competitive market. Many millennials are also weighed down by high levels of debt, notably medical debt and student loans, as well as unfavorable credit scores. Buying a home is now considered “out of reach” on a financial level by more than half of millennials, who are resigned to renting, home sharing, or moving in with family members.

The plight of young people, who owe an estimated $1 trillion in debt, echoes that of aging American homeowners in many ways. Baby Boomers and Gen Xers nearing retirement age are also plagued by mounting debt and a need for better alternatives in long-term housing. Buying a tiny house in lieu of a traditional single-family dwelling is a sensible solution that can reduce the economic burden of homeownership and even improve quality of life.

Investing in Minimalism and Sustainability

Due to its reputation as a “weird,” unconventional city wherein sustainability is highly prioritized, it makes sense that Portland, Oregon, is widely considered the birthplace of the tiny home movement. In 1997, the city amended its housing code to allow for the construction of so-called Accessible Dwelling Units (ADUs). While ADUs can vary considerably in size, the code amendment opened the door to further housing alternatives, especially those deemed sustainable.

And make no mistake — living in a smaller home has been shown to reduce one’s carbon footprint. A 2019 study of 80 tiny home dwellers in the U.S. found that “ecological footprints were reduced by about 45% on average.” Smaller homes require far fewer resources to maintain and allow for the adaptation of minimalism into one’s life, wherein sustainability and simplicity are prioritized.

Generally speaking, living a minimalist lifestyle means moving away from excessive consumption and downsizing as much as possible. According to design experts, minimalism emphasizes quality rather than quantity. Within the realm of minimalist design, less is more, and that approach is used in every facet of the home, including color choice, thoughtful furniture placement, and beyond.

Making a House a Home: Regarding Individual Design

No matter one’s age or home size, however, embracing minimalism can be challenging. The American Dream of prosperity doesn’t exactly mesh with the concept of minimalism, and some people may have a tough time letting go of excess possessions. When moving into a small living space, determining what to keep and what to discard can seem overwhelming.

There’s also personalization to consider. In a space that only encompasses a few hundred square feet, how can one turn a newly purchased tiny house into a home? Fortunately, the infinite design possibilities of a tiny home allow for plenty of creative, individualized touches.

A tiny home’s walls, for example, can be used to hold books, hang cookware, or creatively display family photos. Corkboards are inexpensive and can double as a family memory display and message board. Some young people are even opting to build their own tiny house from the ground up.

From new construction to the purchase of a pre-existing structure, investing in tiny houses today spans generations. Tiny homes are cost-effective, sustainable, and allow for creativity and individualism for prospective homeowners in every age bracket.

How to Create a Private Outdoor Living Space