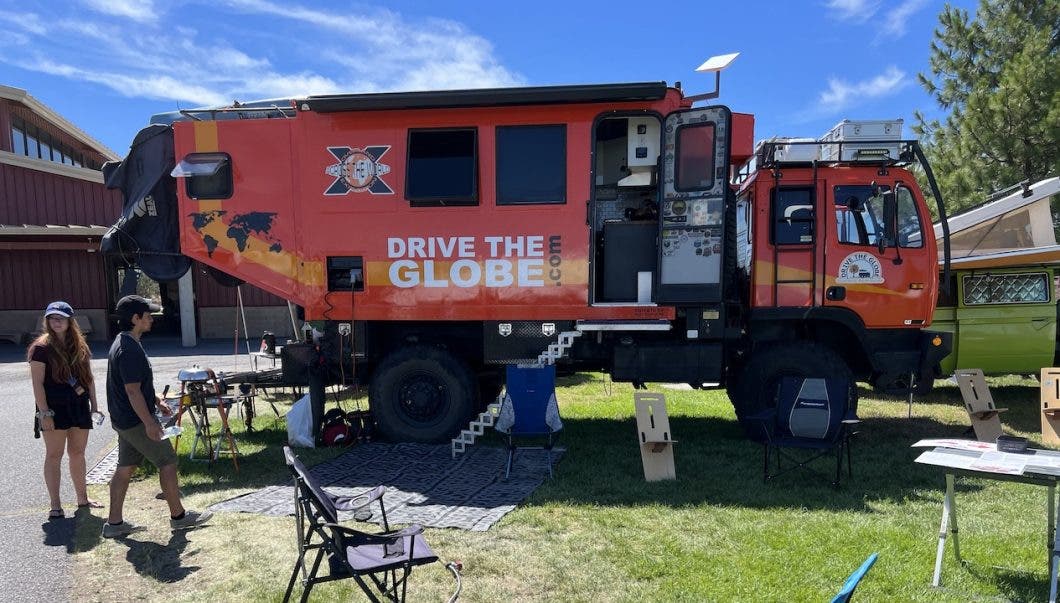 When I was at the recent Overland Expo in Redmond, Oregon. I saw the Drive the Globe a huge vehicle turned into a tiny home on wheels. I wanted to share with you this option for traveling in a unique expedition home.

In the Spring of 2020 Mike from Drive The Globe began what is the most epic endeavor in his 25-year history. In a final departure from home base, Mike drove the 41-year-old Mercedes Unimog on his journey.

Mike’s planned 220,000-mile expedition around the world will visit seven continents, numerous countries, and cultures and experience many planned and probably unplanned adventures. This epic road trip is broadcast to all of you through a weekly, largely unscripted, and raw epic overland adventure series on Mike’s YouTube channel.

The overland rig was featured on Tiny House Giant Journey. Here is their awesome video.

Mike has spent years traveling the world in custom Overlander RVs, and he has perfected the art of converting vehicles to tiny homes. This is his third overlander tiny house, and it happens to be a retired military truck that he’s modified into a modern and surprisingly spacious home on wheels. 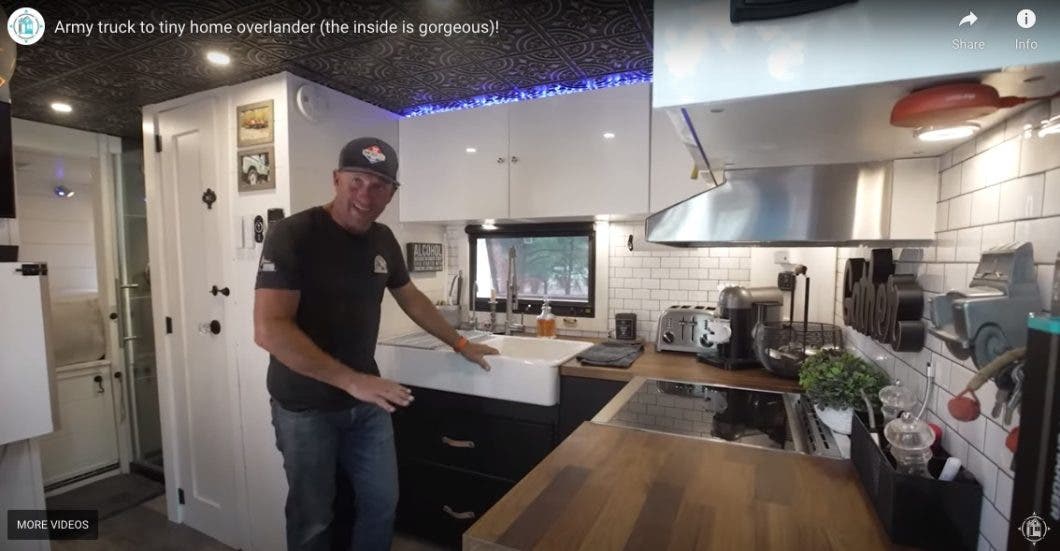 Mike showing off the roomy kitchen

135 square feet of living space inside of the rig. Mike spends 98% of his time outside so no need for a dinette. 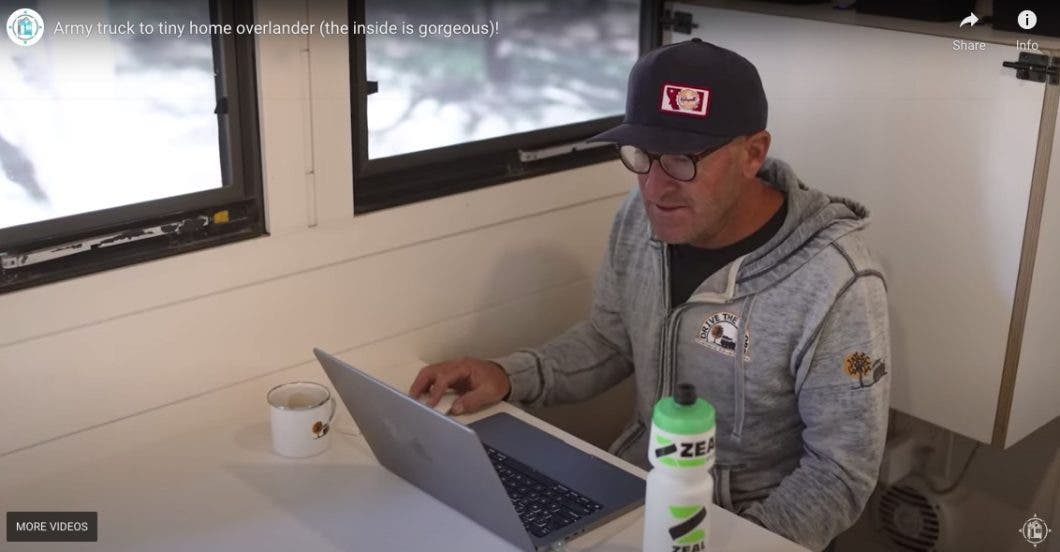 Mike working on his laptop on his folding table

He has a separate bathroom and shower in this unit with a cassette toilet. 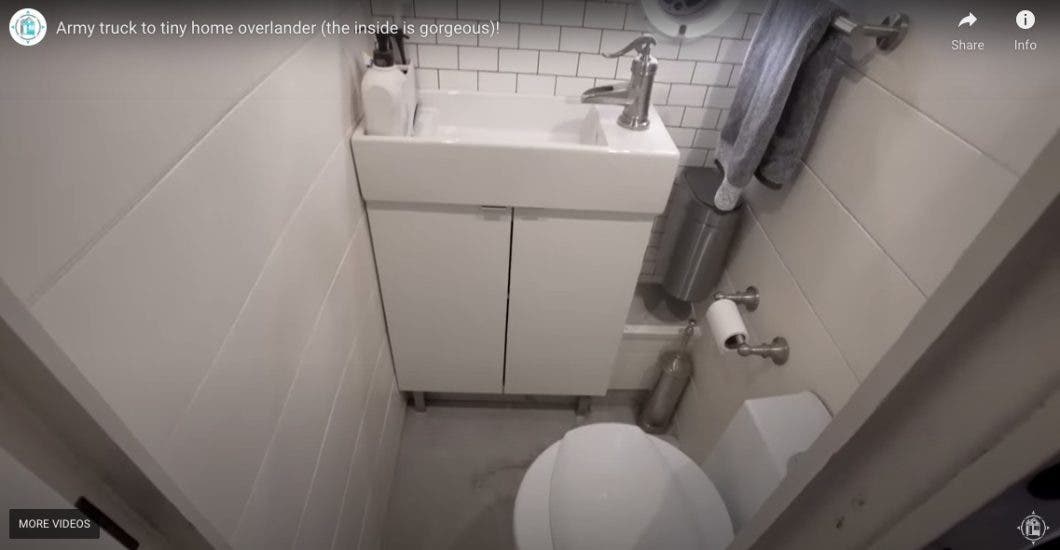 Cassette toilet and sink area of the bathroom

The shower is across from the wardrobe and has a rain shower head. 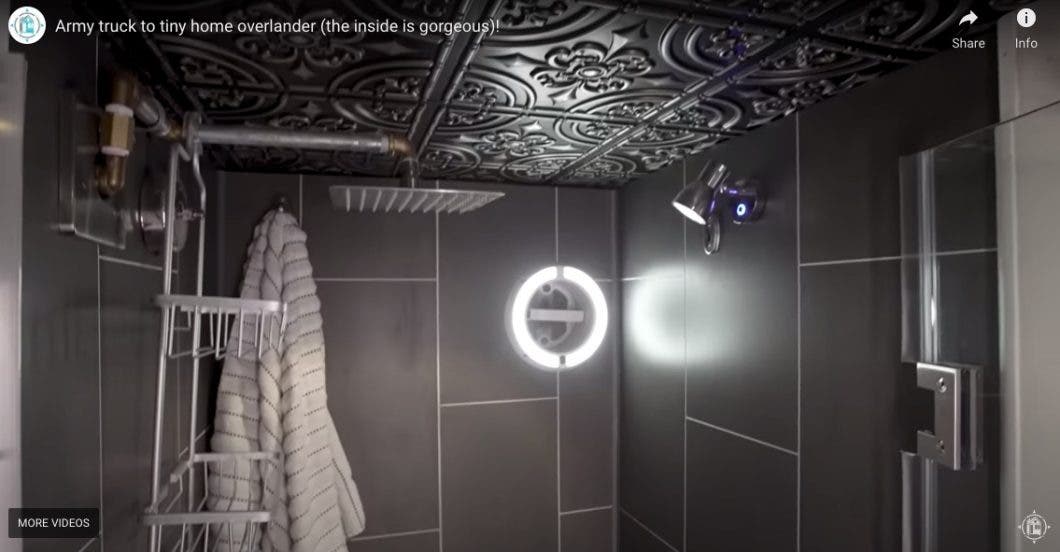 The bedroom is built into the 5-foot addition Mike added to the back of the rig. 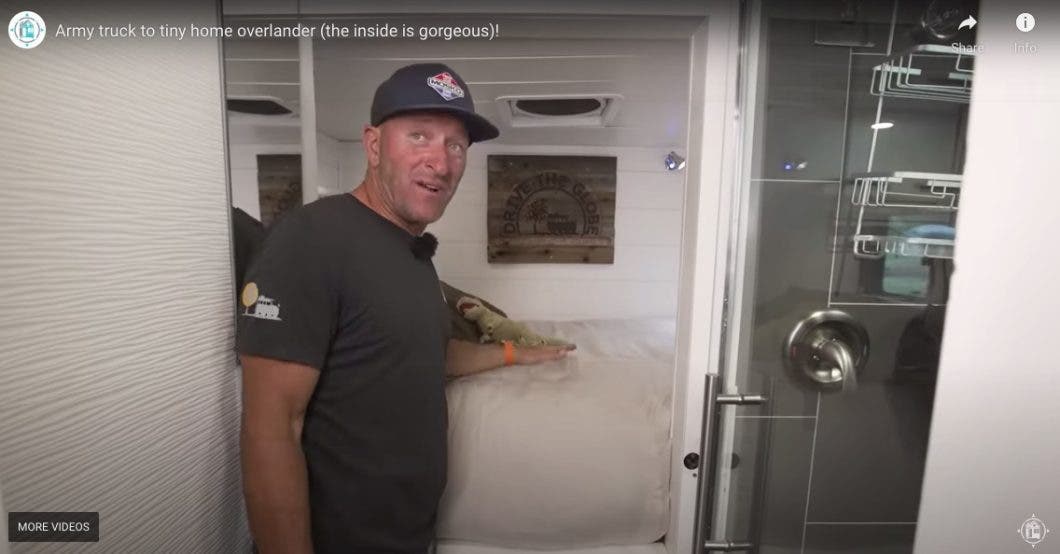 Mike says he loves having his home with him at all times and if it is a dream of yours “Just Do It!”