Turning A (tiny) House into A Home - Tiny House Blog

Turning A (tiny) House into A Home 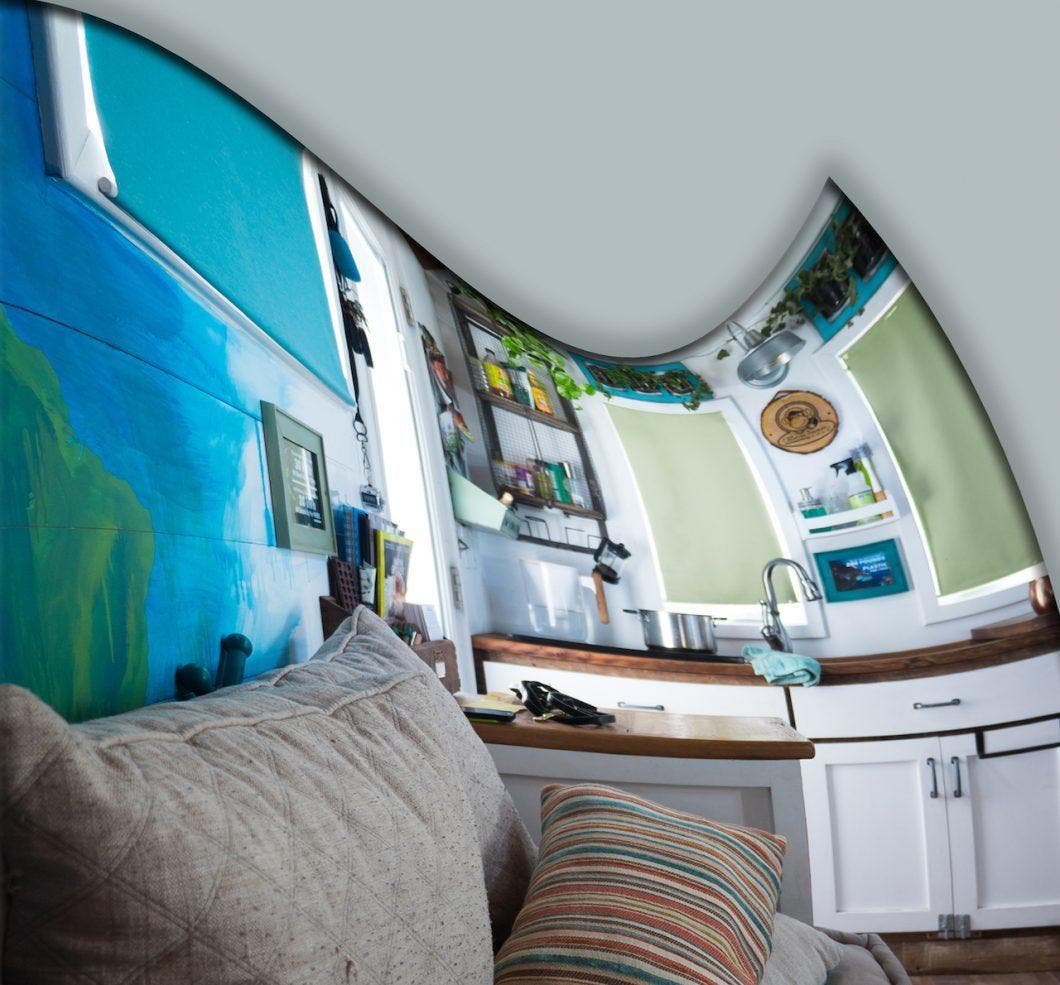 If a house is a physical object, a home is more of a feeling. It’s a good feeling. Scratch that, it’s a great feeling. Depending on the person, it can be described as warm and cozy, or neat and orderly. For me, I hadn’t felt “at home” where I lived in a really long time. The funny thing is, when Stephanie and I finally moved into the house, it was far from a home.

I don’t mean that the house wasn’t livable. It had everything we needed. A full kitchen, bathroom, living room, office, and a queen-sized bed. I even convinced Stephanie to give up precious square footage for an art studio. We spent months dreaming of how it would look. We toured sixty or seventy different tiny homes to get a feel for what we liked and didn’t like. We even borrowed a friend’s living room floor to visualize our prospective layout using a measuring tape and masking tape. 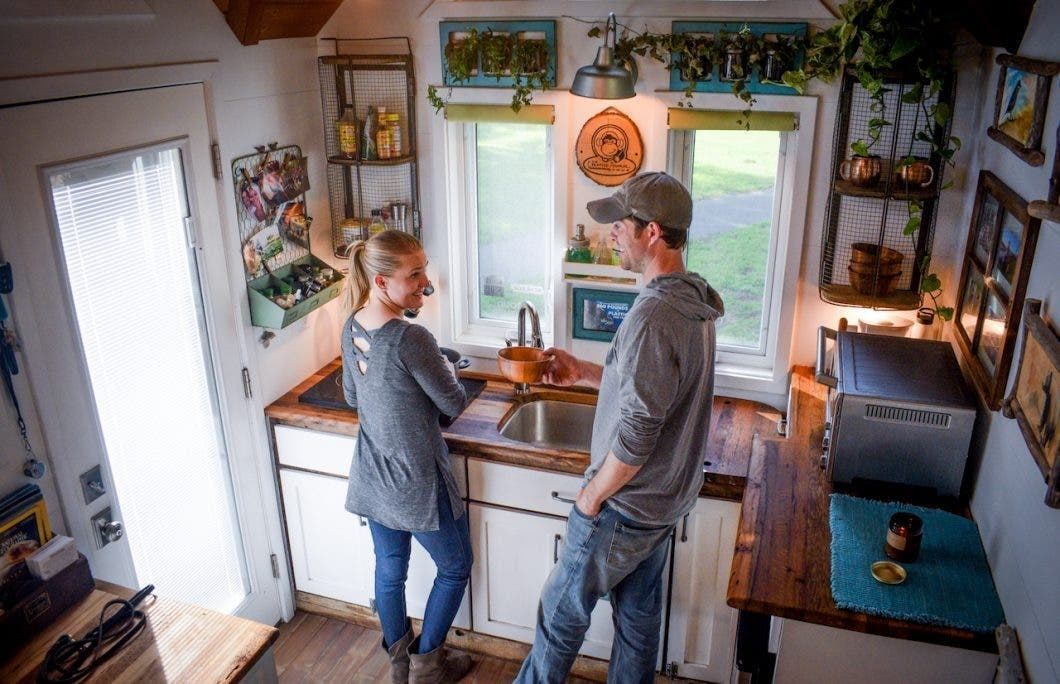 In the end, it was a beautiful house, custom-built by 84 Lumber | Tiny Living. We worked with their team to redesign it with sustainability in mind. It had vaulted ceilings, an open concept, and beautiful butcher block countertops made of the same reclaimed barn wood that wrapped the exterior of the house. It was the nicest house either of us had ever lived in. Yet, something was missing.

“It’s so homey!” people now exclaim as they walk through our door. It’s happened over and over again while we invited thousands of people into our home at our events at universities, festivals, zoos, and museums across the country over the last year and a half. The sentiment has been especially strong when we’ve been with model tiny houses at events like the Tiny House Living Festival and the Tiny House Jamboree. It’s funny, people instinctively recognize the feeling of “home.” Thinking back now, I can’t say what we did in particular that officially made the house into our home, but here are the top three things that made the biggest strides towards, “Ahhhhh… home.” 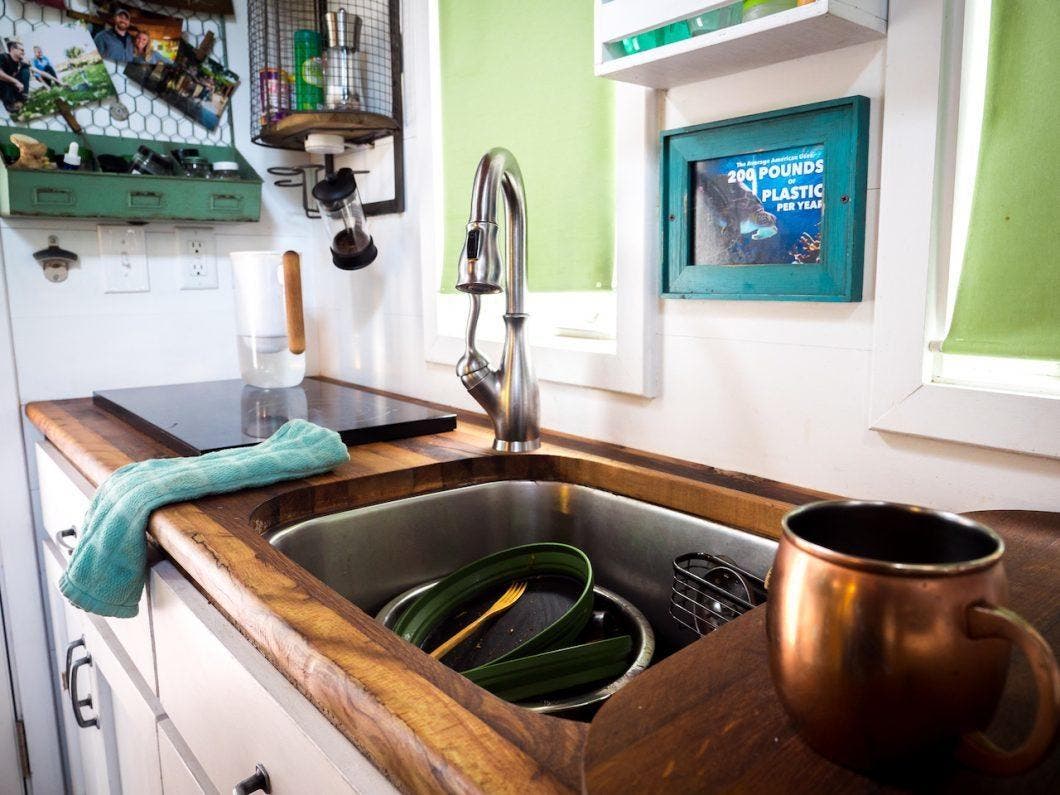 I know that organization doesn’t seem like it would make a house into a home. But it goes a really long way, especially in a tiny house. Organization was honestly one of the biggest hurdles we had to overcome when we first moved in.

Just like with every other place we’ve moved into, during the first few days we had stuff everywhere. Things would shift from one area of the house to the next until they landed somewhere that sort of made sense. The tiny house had cabinetry in the kitchen, a small closet under the stairs, a bathroom vanity, and wide-open storage under the couch. It even had a large exterior storage space and an ingeniously designed drop-down spice rack-esque storage space in the ceiling under the loft. But storage space does not equal organization.

The first thing we did was get some cheap-o fabric organizers to break up the wide-open spaces. Under the sink. Check. Under the couch. Check. Next was clothes storage. We used galvanized pipe for an open-air closet in the loft and built out a storage cabinet alongside the bed for pants and socks. We searched high and low at countless stores for some sort of tall, skinny cabinet for our computer and camera gear in the office. Eventually, we found simple wooden bins at Target that we stained and affixed straight to the walls.

The toughest part of organizing the house wasn’t storage, it was communication. I had no problem finding a place for everything and making it neat and organized. The trouble was after a few days, everything would be somewhere new. Steph and I got pretty frustrated before we finally figured out our problem. Each of us was putting things where WE thought they should go, but we failed to tell the other person.

Pro Tip: Take the house one area at a time. Talk to your partner and agree on what’s the best way to organize your house.

I think a lot of people go straight to decorating to make a space feel more visually appealing. Neither Steph or I are interior decorators, but the concept is pretty important. The trouble that we had off the bat was moving too quickly.

Steph would find all sorts of things that “could” work, but I made an effort to say, “Nah, don’t waste money on things that ‘could’, wait until we find things that are perfect.”

It took a little longer than we initially planned, but I think it really helped in the end. Plants in the kitchen made it feel less stark and more alive. A few goofy photos of us in frames added a lot of personalities. A few things from Stephanie’s travels around the globe, like a hand-carved mask from a village in Papua New Guinea, added to the worldly vibe. And as the weeks and months went by, my artwork began to fill the walls.

Pro Tip: Don’t decorate the house all at once. Take it easy. It’s less stressful, and it will end up more like the real “you”. P.S. If your tiny home is mobile, screw frames, artwork, and decorations straight to the walls. This makes packing up to move the house exponentially easier and faster. 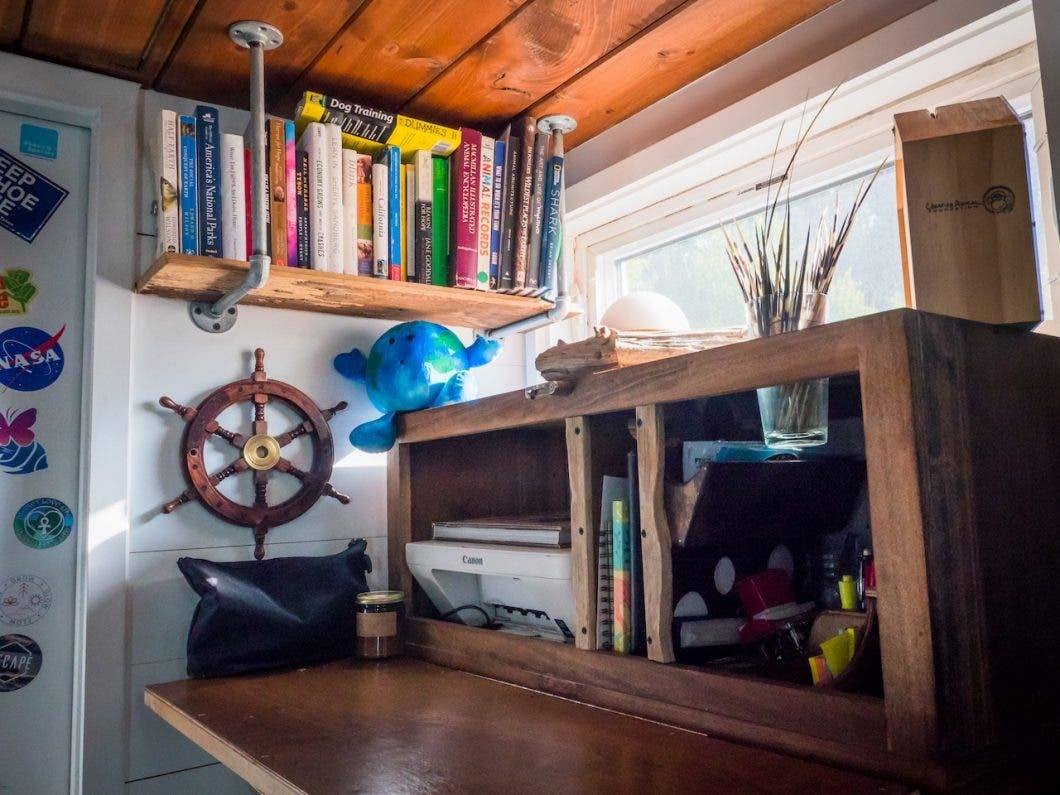 This last one is often overlooked. Ever wonder why you grandma’s house feels so homey? Well, it didn’t get there overnight. It takes time for a space to evolve. It takes sauce to splatter on the walls in the kitchen. It takes a few scratches on the woodwork. And of course, it takes the obligatory stain on the couch cushion.

You also grow along with the space. The books you buy that eventually move onto the shelf say something about who you are, and who you are trying to become. Your scents weave their way into the fabric of the home, they might smell like lemongrass and chamomile, or they might be bacon and eggs. The things that you do, magically work their way into the home.

It’s in our nature for things that are worn-in to feel like home. This fact is demonstrated perfectly by looking outside, in our natural home. Next time you take a walk at the beach, in the woods, or out in the desert: look around. Trails take time to become the well-worn paths that take us home. Pick up a river stone, it didn’t start that way. Its once rough edges tumbled smooth over countless years. In our natural home, the word “reclaimed” and “shabby-chic” are nonexistent because everything already is. Everything is used, everything is worn in,

Pro Tip: Have patience. I know those of us with ADHD hate this, but it’s true. Relax and embrace the process of having a house that’s not quite yet a home. One day, you’ll wake up, look around and say, ‘Ahhhhh… it’s just right.’ 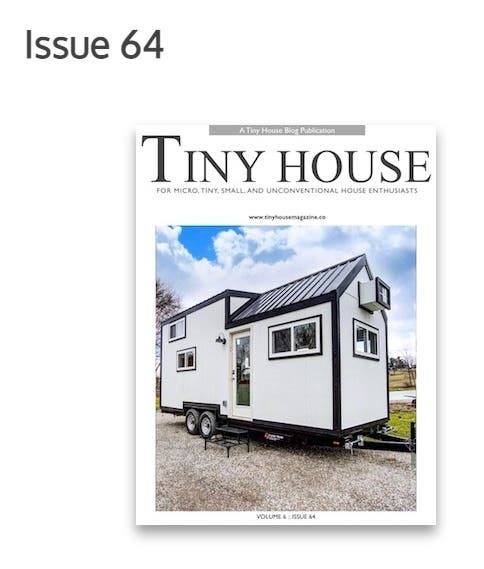