Love Halloween? Get married in a tiny chapel in Hell. - Tiny House Blog

Love Halloween? Get married in a tiny chapel in Hell. 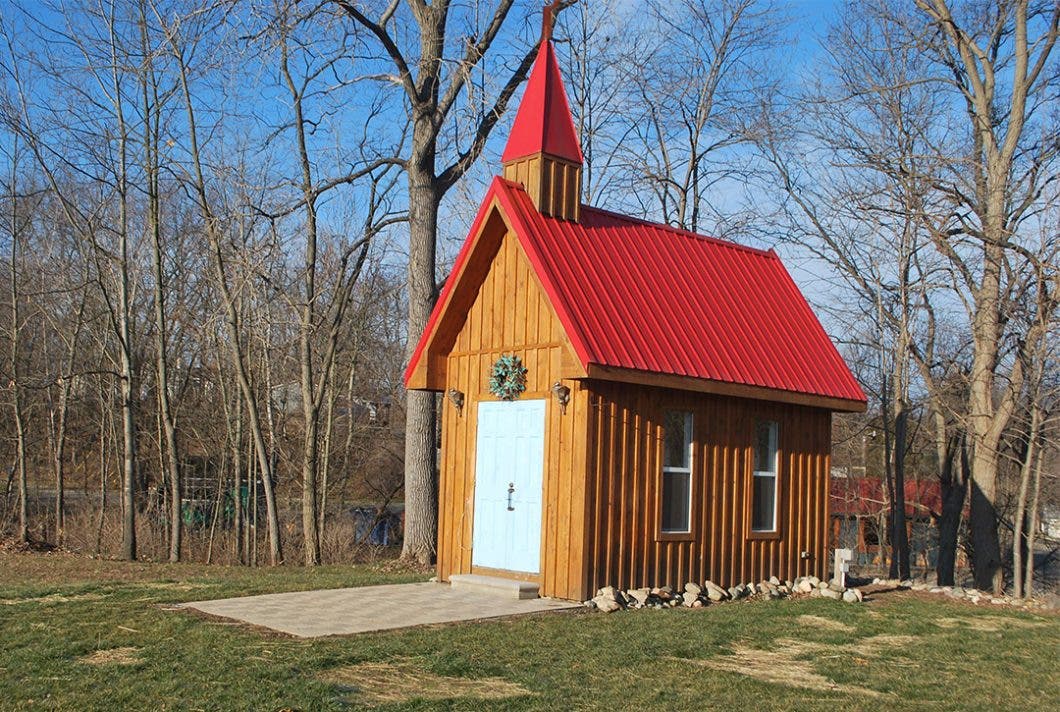 Don’t worry. No one is going to the underworld just yet. This “Hell” is actually the hamlet of Hell, Michigan. Located north of Ann Arbor, this tiny town of only 70 people really gets into the Halloween season because of its unusual name.

The tiny hamlet of Hell, Michigan is home to a tiny chapel for small weddings. 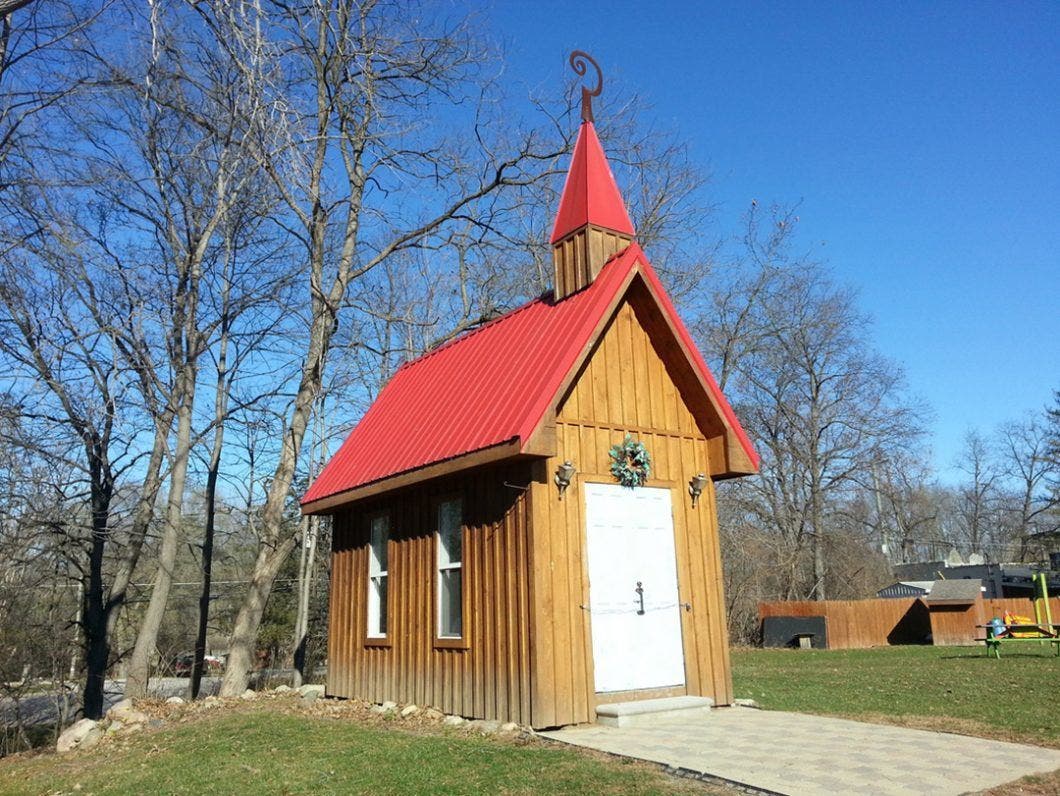 There are various stories of how Hell received its unusual moniker. One is that a pair of German travelers in the 1800s stepped out of a stagecoach on a sunny afternoon after arriving in town and exclaimed, “So schön hell!”, which means “so beautifully bright!” The phrase was shortened and adopted as the town’s name.

Hell also has a post office where you can send out postcards and letters. 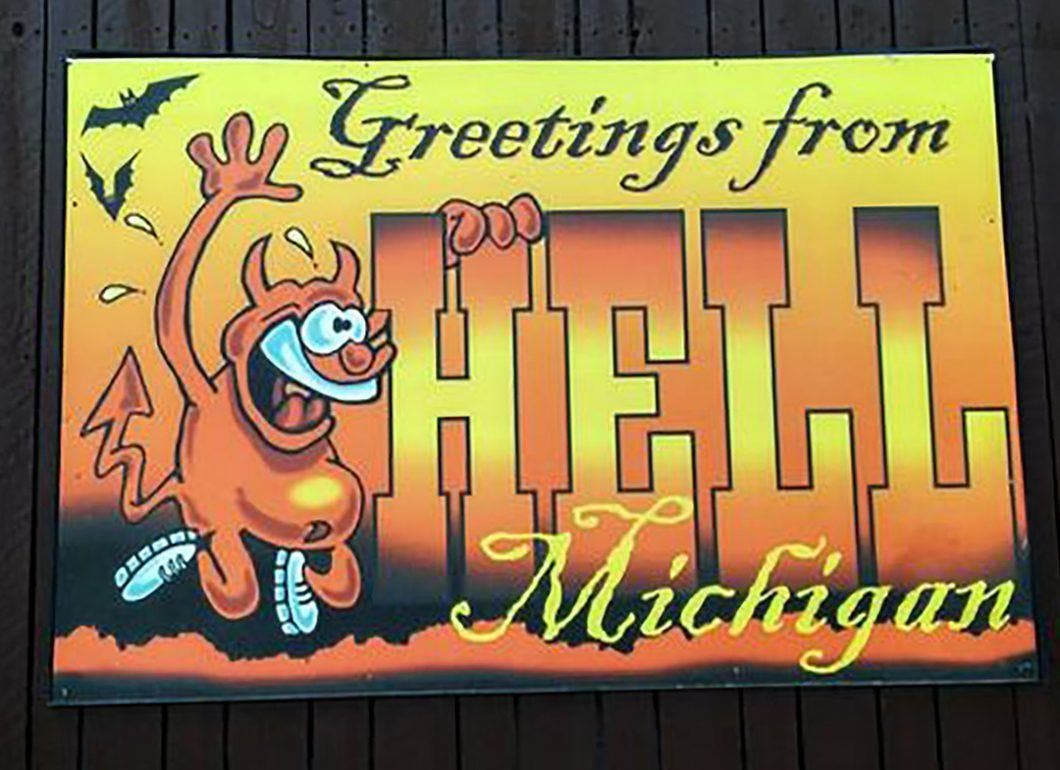 While Hell has only a few businesses (including the Hell Hole Diner and the Creamatory ice cream shop), a main tourist (and wedding) stop is Hell’s Chapel of Love. Here couples who are fans of Halloween can tie the knot in Hell.

The chapel only fits a dozen people inside, but about 100 on its grounds. 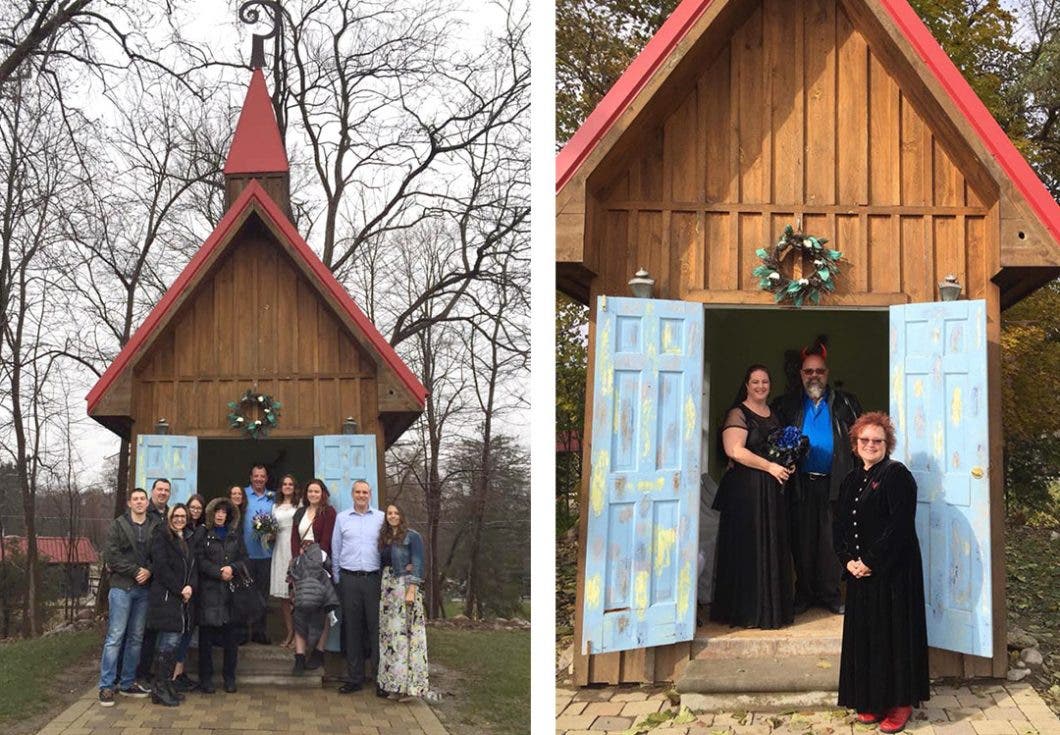 The chapel fits about a dozen guests including the couple and the officiant. The chapel can be rented by the hour and includes the ceremony, two complimentary wine glasses, and a special United in Hell magnet. Other services such as food from Hell Hole’s Catering is extra.

If the idea of getting married in this tiny town appeals to you, check out how you can become mayor of Hell for a day or an hour.

By Christina Nellemann for the  [Tiny House Blog]

Just Park It: Tiny House Village in the Land of Enchantment