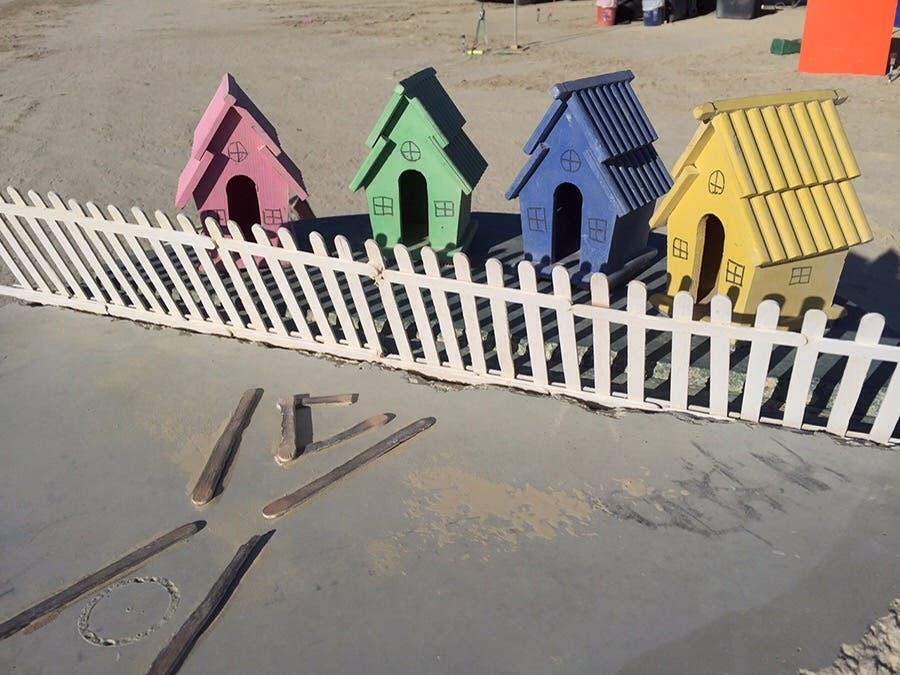 Another year in Black Rock City has been returned to the dusty desert, but not without providing some of the best tiny houses I’ve seen in a long time. Burners really brought their A-game this year and the city was full of vardos, colorful shade tents and even a suburb of tiny houses. Black Rock City is home to the over 70,000 people who attend the annual event in the Black Rock Desert in Northern Nevada. They live in various RVs, trailers, tents, structures and tiny houses for over a week. This year we camped again near Philippe Glade of the This is Black Rock City blog (the city is getting that small for us veterans) and ran into a few favorite camps from past Burns. Some of the most interesting “tiny houses” were actually located on the Playa with the other Honorarium art. The mirrored Little House on the Playa actually had a low tunnel that lead into the middle of the house and the rainbow-colored Reflect was a tribute to create awareness for suicide prevention. Storied Haven was a fantastical Steampunk boot that included a library full of books with hidden treasures and even housed a royal mouse family under the floor. On Black Rock City’s main street (the Esplanade) was a tiny cul de sac with a tiny suburb of tiny houses. Each pastel colored house had a white picket fence, mailbox, astroturf, lawn mowers and garages for residents’ bikes. Camp Suburbia was a fun and lively celebration (or a middle finger) to traditional living and fit like a glove into Black Rock City. If you are interested in seeing the 10 Best Tiny Houses of Black Rock City, keep an eye out for Issue 33 of the Tiny House Magazine.