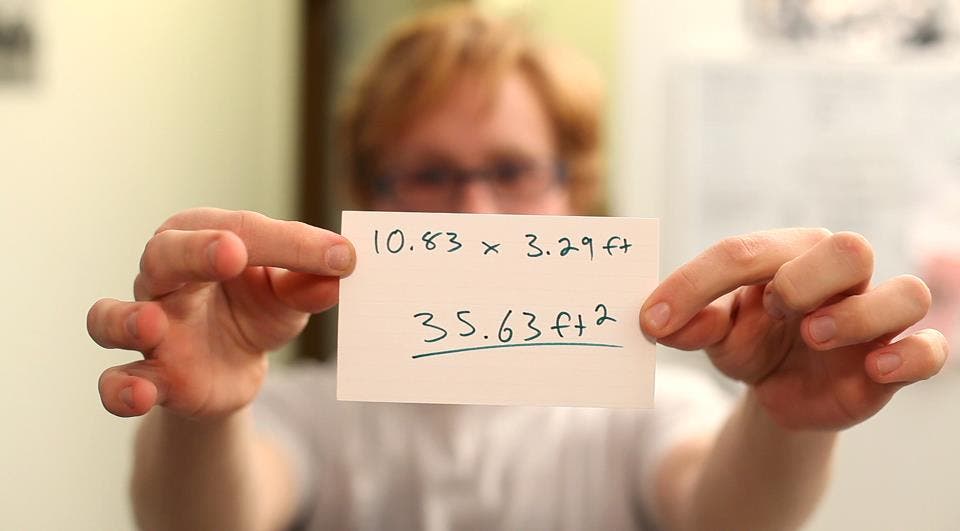 Can you not only live, but thrive, with less? A group of six college students from Michigan decided to take some time out of what they felt were lives of excess to live more minimally. They filmed the lifestyle experiment last year and made it into a documentary called Thrive With Less. In their journey, they were introduced to Jay Shafer and his tiny houses while attempting to live within only 25 square feet of their own homes.

Their raw footage videos and vlogs cover not only tiny houses, but decluttering, reducing social media, Dumpster diving, commuting by bicycle, and living more simply. Several of their self-imposed challenges included holding community dinners with items only found in their pantries, volunteering at various charitable organizations, wearing only four shirts and one pair of pants for the whole month, not driving within a 2-mile radius of their homes, and taking time to pursue their passions.

With the challenges, the documentary crew each hoped to get out of their comfort zones and live a more fulfilled life. Photos and video by Thrive With Less

Creating an Oasis Outside Your Tiny Home

The Appeal of Tiny Homes and Minimal Living for Gen Z

Why More Seniors Should Move Into Tiny Houses

Living? I do not think so!

To all who haven’t tried something like this,don’t knock it till you try it.I’d trade all but one outfit for the memories I’d share with one other person.life is short very short wasting it is a shame. Be all you are by being you without the wrapping.

Definitely food for thought. Interesting and inspirational for sure. Cloister monks and nuns have been living lives like this for centuries. Most have lived very long lives and appear happy and healthy.(in comparison to the general population) It’s all a matter of ones mind set.and ego.

I’m sorry , but I have to comment on this “appearme t” (as my baby brother used to say). It was the radical notion of restricting themselves to “four shirts and one pair of pants” part. I guess it’s a viable and good learning experience for this generation to learn; but this was the way I grew up!
Then I went into the Navy, and was overwhelmed with the amount and variety of clothing people were expected to wrangle on a weekly basis.while I did go nuts for a few years on the clothing thing, it was a pain in the nether regions to deal with, to keep all of those clothes presentable (cuz’ I’m not a slob); and now at 54 I am happily back to the luxury of not being controlled by the Time Suck factor of having to care for a mucking great bunch of clothes:
Tshirts: 3 short sleeve (summer) 3 long sleeve (winter), 2 jeans, 1 deep green silk dress shirt and a lightweight wool pair of dress slacks,1 good convertable coat with a zip-out liner.
Ahhhhh. 😉

The students did a beautiful job on this little house. I would not, however, want to live there. It’s just a little too tiny.

I always get a kick out of college kids wanting to have serious discussion and film projects and such about “materialism” when they own nothing.

Go work your tail off for some necessary things for a family and then you can get all holistic and insightful about doing away with belongings.

I have two teenage daughters to support, but do not need to work more then two days a week because I have always embraced the minimalist lifestyle. I own a very small house but it is comfortable. My daughters each have their own private space. By not buying into the consumer lifestyle and refusing to use credit cards, we can afford the necessities and a few wants on a restricted budget. I have so much free time to spend with my girls, cooking meals together, going on long walks, etc. To me, time is wealth, not the latest electronic gadget or fad clothing.

It is interesting that stories like this seem to evoke emotion or ridicule with some folks. A “lifestyle experiment” means just that; no one said they are going to live the rest of their life that way, and what if they did? In a materialism-entrenched brainwashed society, this is a good experiment to practice what one really needs to live. Yes, ‘live’ – and without all the junk and paying for luxury and space one does not need.

I found this film pretty decent but at times quite troubling: some of them did not seem to be faring well and the whole tone was paradoxically individualistic despite its overtones of community.

I wrote a review of it on my blog, minimaldrobe.com

Loving the tiny house work, a great message to be spreading!