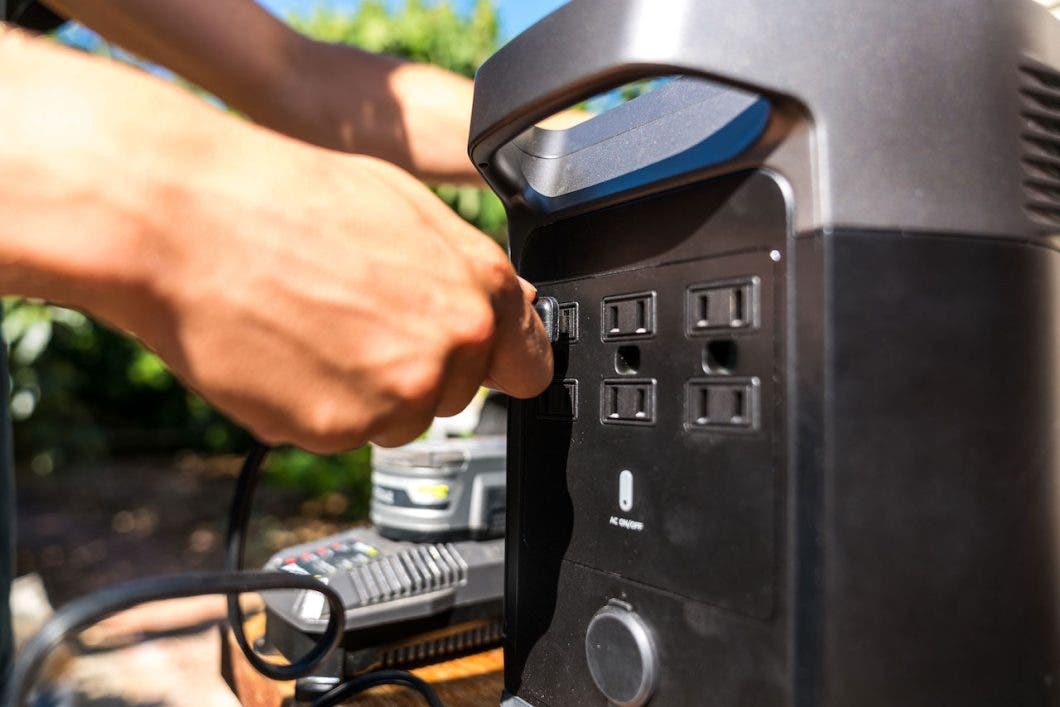 After waiting, a number of setbacks, and more waiting, it is finally time for electrical installation. Or is it? First things first.

We had two generators for each tiny home sitting in boxes for almost a year. I wanted my older son’s friend to help us get them running before he left town for spring break. Mind you, I could have done it myself. The process is simple.

Pull the generator out of the box, pour in gas, then add oil, press a few buttons, pull the ripcord, and vruuummmmuuumm!. So the second one started running right away. As for the first one, the boys insisted on trying to pull the locked cord for about 15 minutes before I convinced them to pull out the second one and try it.

I don’t think anyone in the world could imagine or understand what the sound of a running generator is like for a city girl in the middle of nowhere. It screamed, “Heater, air conditioning, phone charger, laptop charger, television, hot plate!” My mind wouldn’t stop swirling around all the different things I could plug into those two outlets on the side of the generator.

It was a complete joy listening to that super loud, monstrous machine, all the while dreaming of connecting it to one of the tiny homes for real power. It was such a beautiful Saturday evening as we all sat and listened to the generator growl away. I don’t think any of us wanted to turn it off for fear it wouldn’t turn on again.

The next day my younger son and I hit the Home Depot to use up the rest of a gift card we had on electric receptacles. Then we headed to Lowes where we bought the rest of the electrical supplies. I saw an interior panel so I grabbed it just in case we would need it. Supplies in hand, we headed back to the tiny homes to start working.

Once we got there, we immediately started up the generator again, just to hear it running, er, I mean, to charge the batteries of the impact wrenches we bought. As the batteries were charging we got to work. First, we went around the 16’ x 16’ room to make final decisions about where we wanted to install the receptacles.

We marked the studs and also measured to make sure the front and back door light switches would be installed at the same height. Then my son went around the room and measured from the floor up and marked the stud in order to pre-drill holes to run the wires. If a 15-year-old kid can learn this, by gosh, anyone can. By the time my son finished, the batteries were ready for us to start drilling holes. Each son grabbed an impact wrench and went to work.

Once the holes were all drilled through, I lost my confidence. My mind had the whole wiring diagram outlined. All of a sudden I just started second-guessing myself. I said to the boys, “Let’s take a break and go home because I think I need to draw the diagram on paper.”

It was kind of a deflating feeling for all three of us because we were finally breaking ground and making some strides in the tiny home. They both understood. By the time we got home, I could only see a spaghetti bowl of wires in my mind. 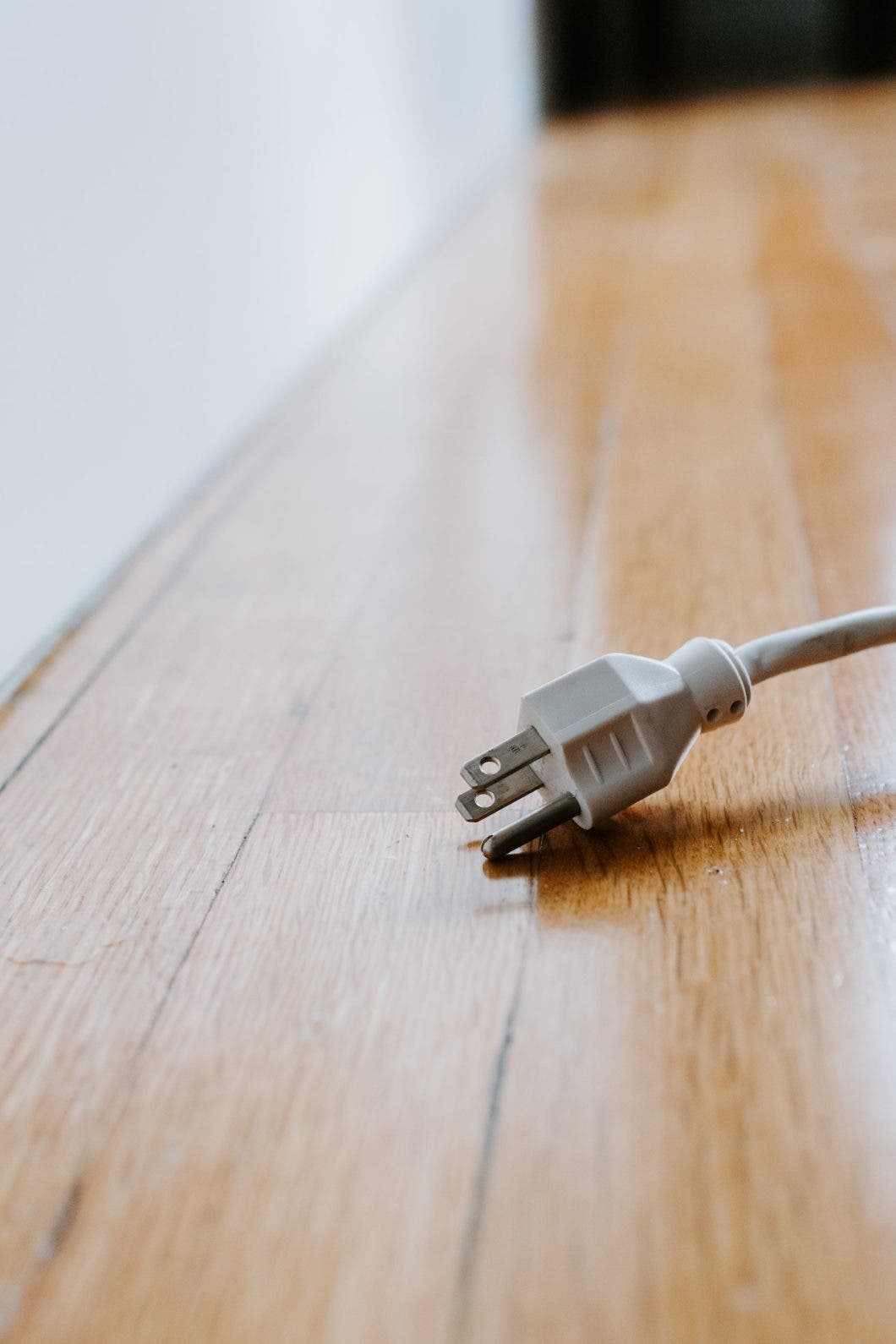 The next day I sat down and drew out the electrical wiring diagram to make sure I was running the right wires to the right amps in the electrical panel box. I then texted two of my friends as well as my brother-in-law. I knew one friend would know someone who could help.

The other friend should know the answers. My brother-in-law is super busy and works different shift hours so I wasn’t sure if he’d have time to help. My friend who knows the answer looked at the picture I sent him and called me right away. We walked through it for two hours, how I wanted to run each wire, and instantly my confidence was completely revitalized.

It was only Monday night of spring break but I was super excited already. I aspired to complete the wiring and have it ready for a Master Electrician to do the final hook-up by the end of spring break.

Then just like that spring break flew by, the boys went left and right, and we never made it back to the lake to keep working.

Two weeks later, the weather was beautiful, and I asked my younger son if he thought we could work on the electrical over the weekend at his tiny house. I got the “great pause”. Then he responded with the sweetest sigh as he said, “I don’t think I am going to have time because I have the Quince dance lessons on Sunday.”

Just then I also remembered, and responded, “And, you have the birthday party on Saturday, right?” He concurred and my eyes rolled. If anyone knows Texas, we only get one month of the year guaranteed with a few beautiful days and it is March, which is quickly spinning by like a tornado disrupting even the best-laid plans.

One of these days, we will find time to get this tiny home finished. I don’t know when. I might not even know-how. But we will. Stay tuned!

By: Danelle Campos for Issue 112 of the Tiny House Magazine 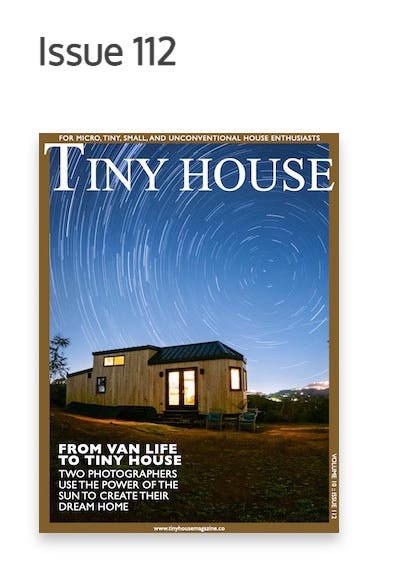 Making the Most of Your Tiny Home’s Limited Storage Space

Living Tiny and Growing a Garden