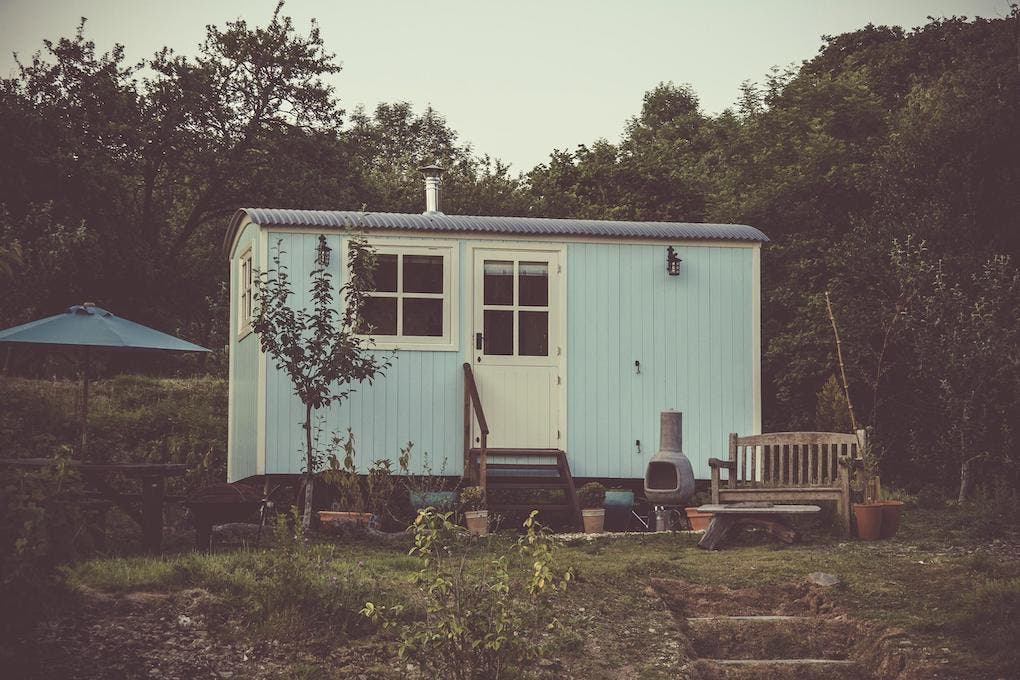 The tiny house phenomenon is transforming the lives of people seeking a minimalist lifestyle. People are building their own miniature living spaces and moving out of the city to the woods, suburbs, or even their friends’ backyards. This choice is often in opposition to the excessive “more is better” mentality handed down to millennials by the baby boomer generation.

This cultural shift that tiny house living represents does not stop there, however. Tiny houses bring significant social benefits. For instance, they could be part of the solution to public health concerns stemming from overcrowded urban areas. And in addition to an alternative, they notably can contribute to the creative processes of highly innovative people.

You might be asking, “How does living away from everything and having fewer possessions fuel someone’s creative juices?” As it turns out, there are many answers to that question. Tiny homes may not be everyone’s ideal, but their lack of excess certainly does propel creativity.

Tiny houses often stand against excess by simply being located away from city life. City life is full of distractions and stresses. Traffic, big buildings, expensive living costs — these can all weigh on an artist’s brain, leaving us too exhausted to create. The pressure is too much for some people, which limits their capability.

Living in a tiny home may reduce this kind of pressure and clean up one’s mental space. It’s easier to do things like organize a mind map when there are not a million other distractions calling for one’s attention. In other words, it is easier for an artist to stay focused on the overall creative task at hand because they have less to attend to.

Now you may be aware that switching tasks while working on a creative project boosts creativity, but try to not get too bogged down in each individual duty. Living in the city doesn’t always afford someone that luxury, however. Some people have the tendency to get distracted by other responsibilities while task switching, and city living brings a lot of responsibility. In a tiny home, an artist is afforded a less busy life, partially due to minimalism. They don’t have to get distracted by other projects and responsibilities, so they can focus on the project at hand and therefore the many different parts involved.

Paying Attention to the World Outside

With all that is going on in a big city, it may be easy to miss the most inspiring parts of one’s environment. The stresses that move someone along in a metropolitan area can cloud their vision, making it hard to appreciate the world around them. In a place like New York or Los Angeles, there is always something flashy or urgent to act as a distraction, but in a tiny home environment there may be less to do so.

One reason for this is that tiny homes are often placed in nature-oriented areas. Guest poster Matt Hoffman wrote about his own experience in this way,

Creativity comes from inspiration, and nothing inspires me more than the great outdoors. I don’t know how some firms expect to get imaginative work from their designers working in fluorescent-lit cubicles on the 34th floor.

You probably know other people who feel this way. Of course, not all tiny homes are in the middle of the woods. But they are often outside of the hustle and bustle of a big city, since they are mobile and cannot be placed in downtown areas easily. Fewer distractions (in and out of one’s living space) may allow artists to take greater notice of the world outside their front door and to be creatively influenced by it.

The idea of having limited space and no distractions has been long used to fuel creativity. Sometimes limits are good, and minimal options force an artist to work with the resources they have. On the inverse, too many can be overwhelming.

That said, it’s still important to think of things in new contexts. Little everyday adventures, such as re-organizing a workspace, can help one to think in different ways. An artist may notice themselves looking at something in a way they previously would not have due to a new kind of organization. This can be said of how one organizes their tools, space, influential works of art, or home aesthetics (i.e. furniture or pictures on a wall).

Minimalism is often overlooked for creativity because people can struggle looking at the same things within a new context. They think they need more — an excess — to inspire them. But sometimes, it is better to figure out what new things can be done with what someone already has. That’s where a tiny home environment can come in handy!

If you are an artist who lives in a tiny house already, you probably know its creative potential. But if you’re not an artist or you live in the city, then maybe this can give you more to think about. Without the distractions of city life and with fewer options to choose from, artists can easily reorganize and reevaluate their resources. This can help them compile them into something that hasn’t been done before.

Minimalism is an overlooked asset when it comes to making something truly beautiful. When all of the flashy, extra things in a work of art fade or go out of fashion, the minimalist core of a piece is what will help it stand the test of time.

If you live in a tiny home, what are some of the projects you’ve completed that were influenced by your lifestyle and environment? Tell us about them or link to a picture in the comments below!