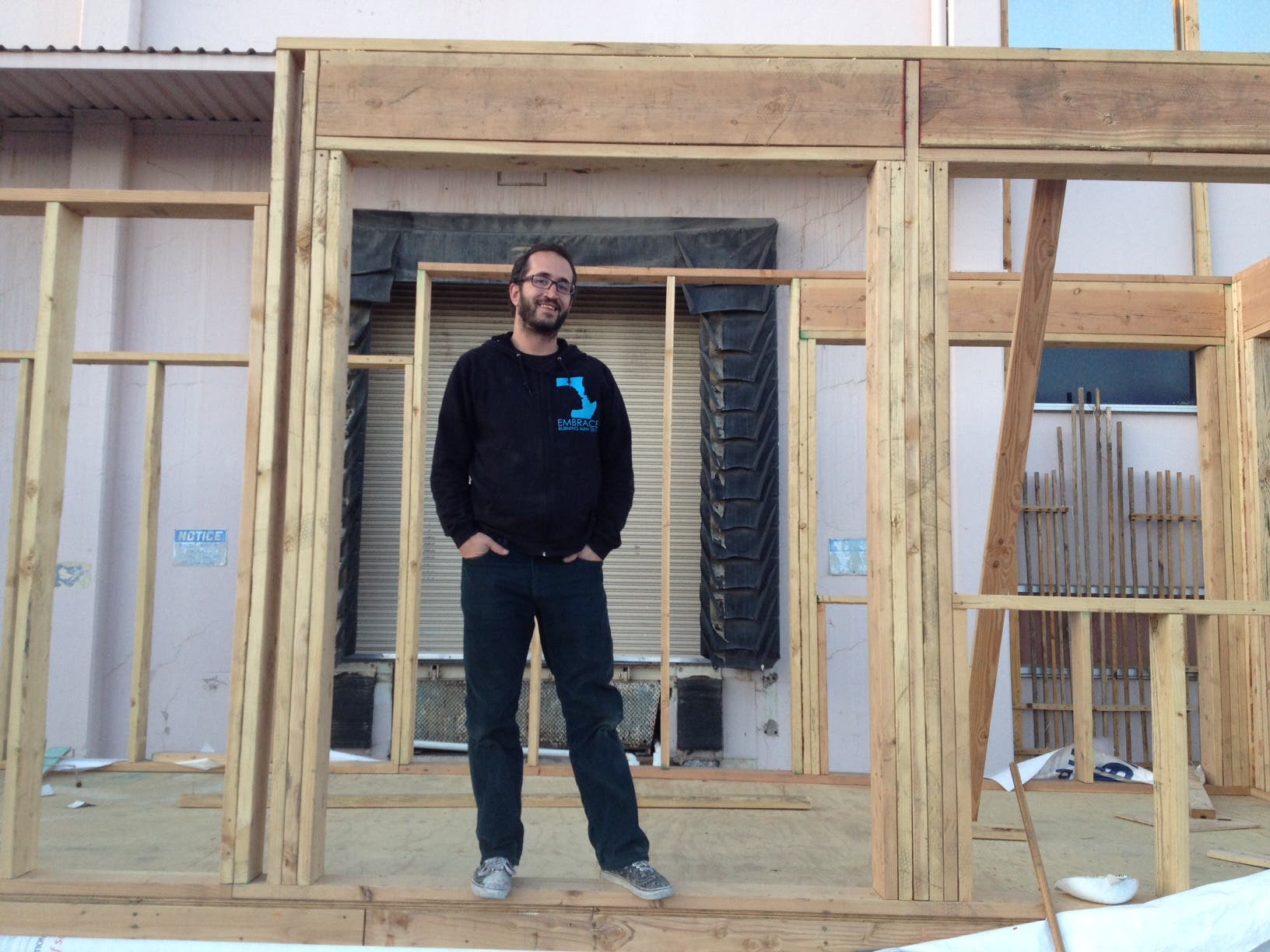 The Generator, a maker space in Reno, NV, has given birth to several incredible art pieces that made their first appearance at Burning Man. Embrace 2014, the Pier and the Pier 2 (a giant, half-sunken pirate ship) were constructed by teams in the 34,000 square foot warehouse. Matt Schultz runs The Generator and was principle builder on many of the projects. He’s also building a tiny house. “I’m an artist,” Matt said. “Why would I live in a house that someone else built?”

Matt was discouraged with the upfront costs of building a standard house and decided to take about $12,000 he had saved up to build a tiny house. He’s also getting some help from a few friends. Matt runs the free “Tiny House Tuesdays” night at the Generator where about six to 12 builders, designers and tiny house enthusiasts can work on Matt’s house with his guidance. The night I visited, the crew was discussing wind loads and how to divide a tiny house into individual spaces. Matt’s house is built with 2×6 construction and will be 221 square feet with what he calls “four resting places”: a comfortable living space, a balcony, full bath, and a loft that will fit a King sized bed. The loft will also have an articulating roof that will raise up to add headroom. Matt also mentioned that his house will be about 20 percent overbuilt to accommodate for weather and transportation.

“I wanted an affordable house, but I also didn’t want to compromise on my quality of life,” Matt said. “If I want to take a nap in the living room, I’m going to do it.”

The house will also have a handmade Western-Japanese combo tub, a composting toilet, no hallways, a ship ladder to the loft and lots of windows, including a French door. The kitchen will be minimal and Matt plans to take the doors off of all cabinets to save space.

“I really want to reduce where people collide,” he said. The Generator houses various building and experimentation projects as well as a lounge space for artists and builders.

Matt is also interested in being part of the eventual permitting process of tiny houses in the Reno area. He mentioned that because building a tiny house is so accessible to people, that more will continue to be built, giving those new homeowners additional skills.

“We need to address the issue to ensure that people can have the things they need and want equitable to their income,” Matt said. Embrace was a highlight of Burning Man 2014. Matt worked on Pier 2 and La Llorona, a pirate ship that seems to be sinking into the Black Rock Desert.