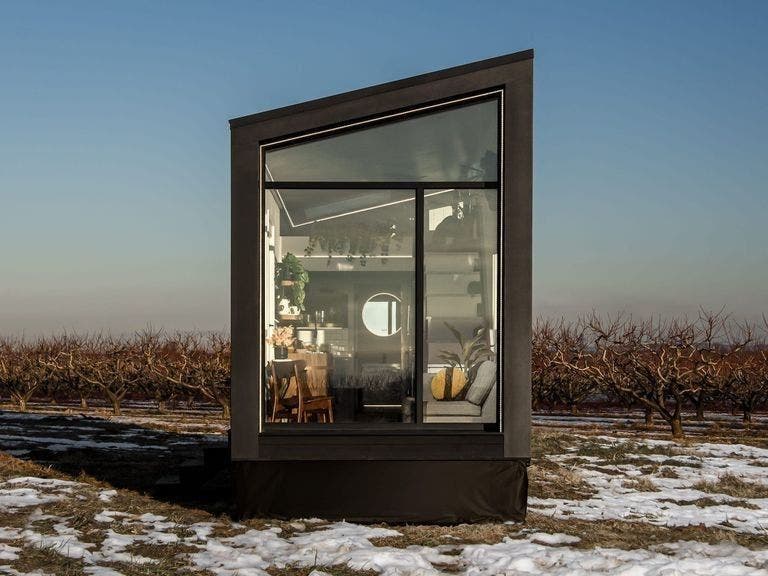 In the early days of the tiny house movement, a tiny house could be built by doing-it-yourself for $40,000 or less.

Today with the popularity of tiny homes and most people not wanting to build their own they range much higher. Having become more mainstream with 56% of Americans saying they would consider one.

There are many choices of builders but one that stands out today is Tennessee-based New Frontier Designs.

Known for the following design elements:

It is designed by New Frontier and built by Liberation Tiny Homes.

It measures 25 feet long and is 256 square feet. It has an asymmetrical roofline and has black metal exterior cladding. 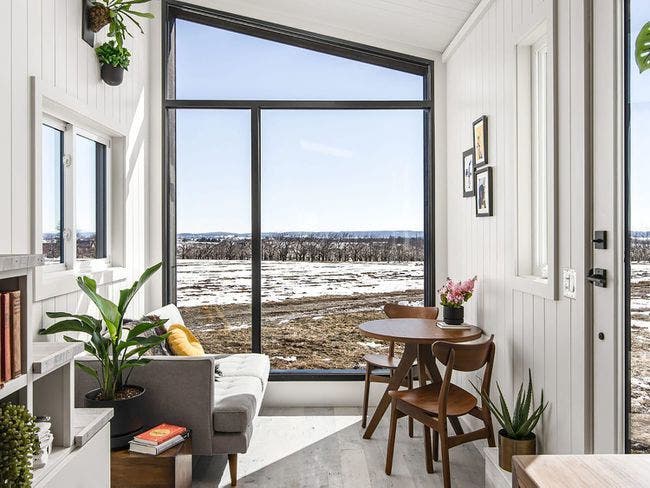 With tall windows that show off the living room and a height of 13.5 feet. This brings in a lot of natural light and makes the small space feel less crowded. 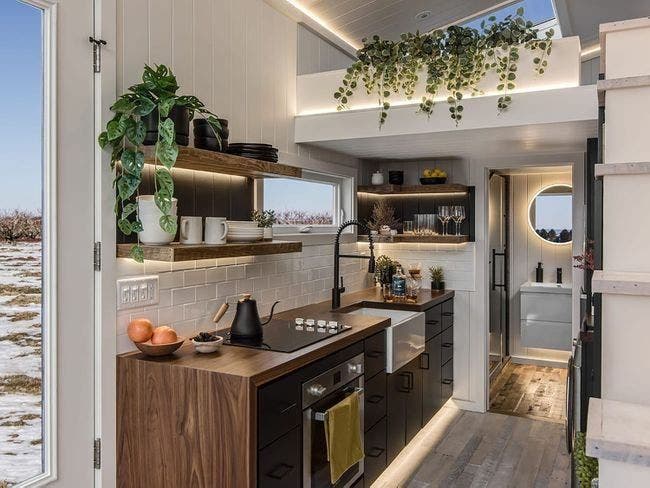 The kitchen occupies both sides of the middle section of the home.

With a waterfall-style wooden counter, open shelving, electric cooktop, oven, and a large farmhouse sink with lots of built-in storage.

LED strip lights that are hidden light up the kitchen space. 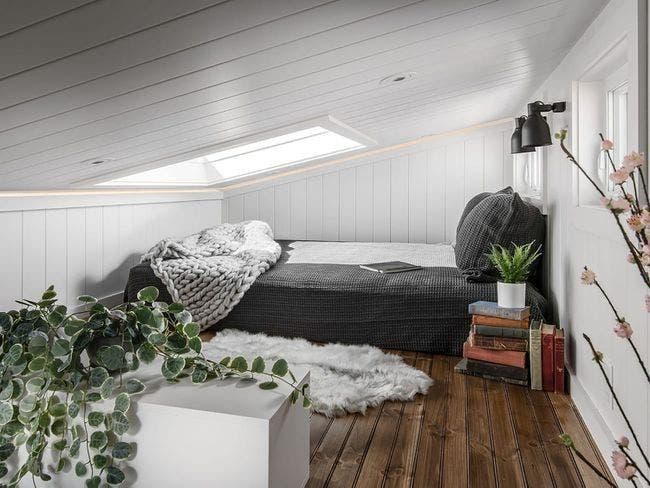 Upstairs is the sleeping loft that will fit a king-sized bed with space to spare. Not a lot of headroom but with the extra windows and skylights, it feels open and inviting. 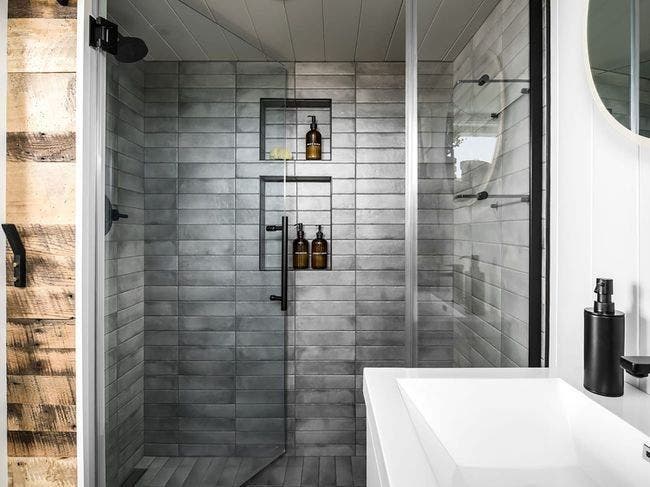 Past the kitchen is the bathroom with a floating wall-mounted sink and vanity. The shower has a glass door and has quite a bit of room.

With quite a few luxuries the Luna has a starting price of $95,000 which is half as much as New Frontier’s highest models.

Learn more about the Luna here. 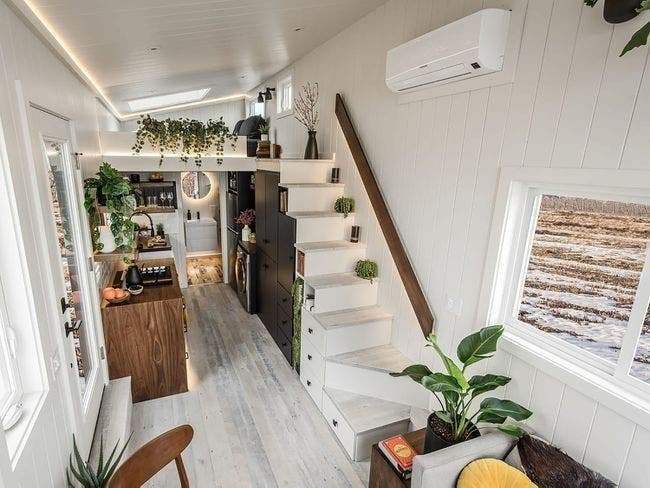 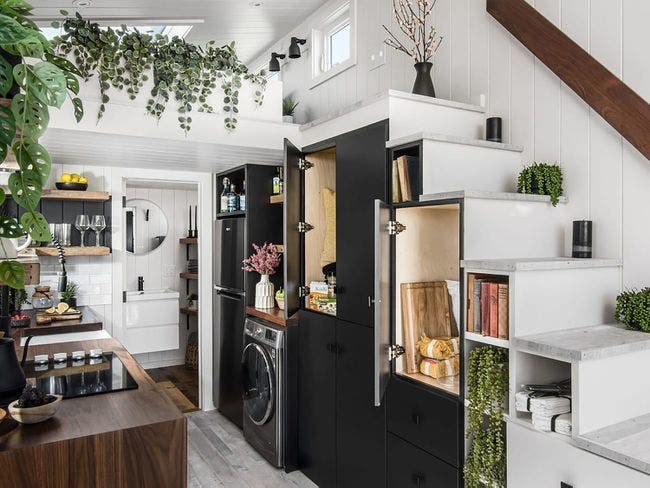 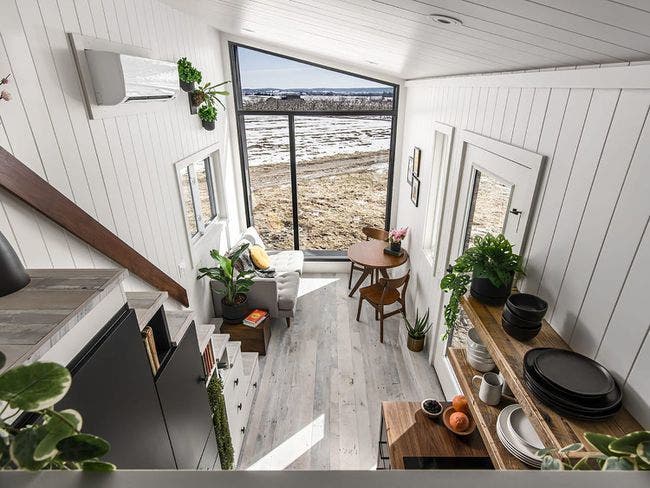