The Jackrabbit Homesteads of Wonder Valley 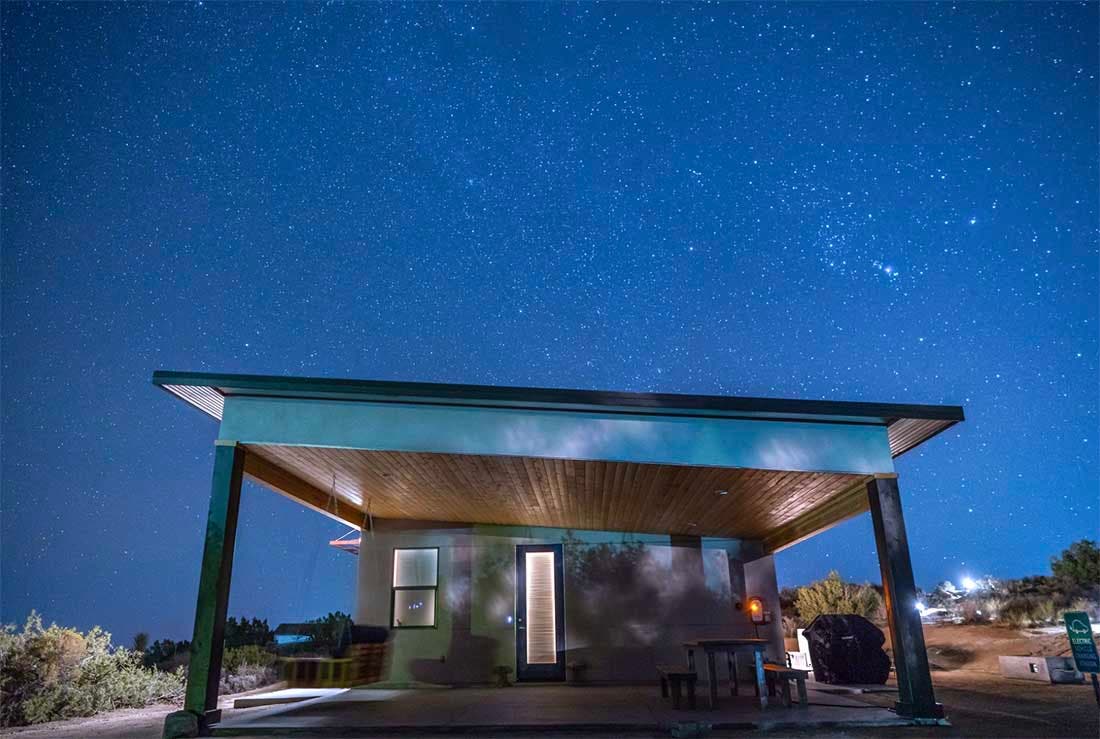 While looking out on the beautiful but stark landscape of the Joshua Tree, California area, most people would not feel the need to put down roots in such an inhospitable area. With summer temperatures over 100 degrees F and cold winter winds, the area looks almost unlivable. However, there are some hardy souls who established the area—then left their homes behind to be taken up by other hardy souls.

In the 1930s, cheap 5 acre lots were sold to desert homesteaders. 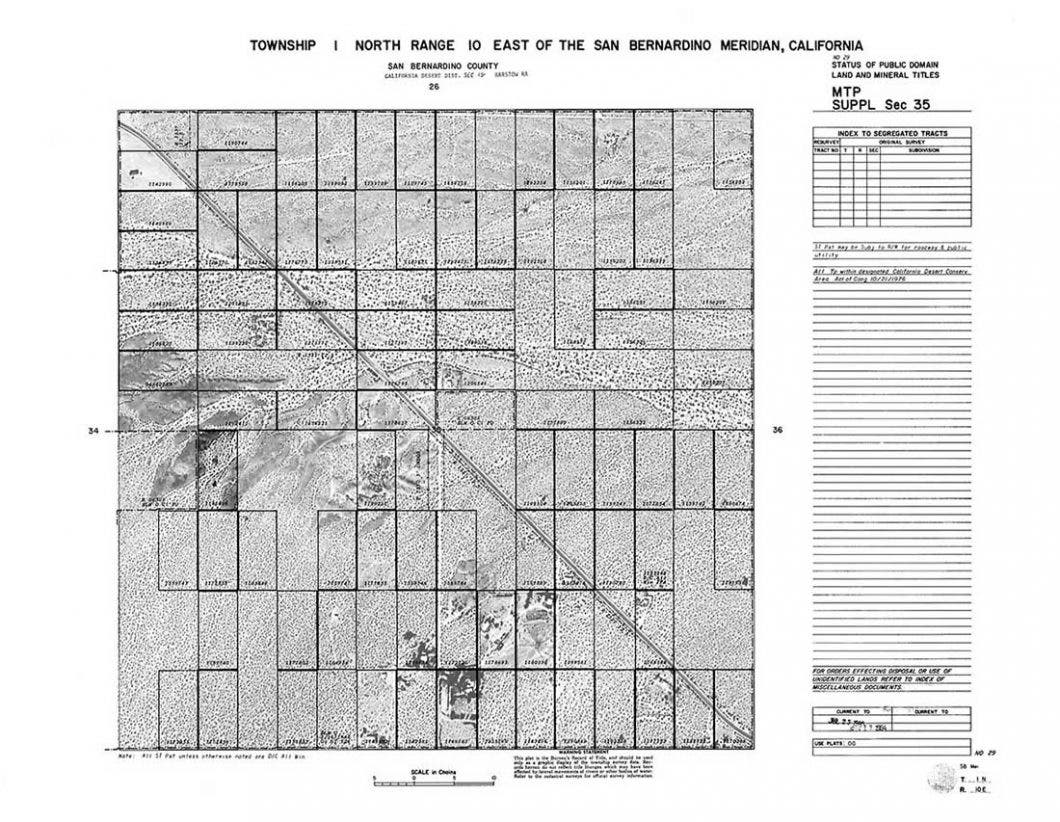 Many of the lots saw one or two small structures built before being abandoned. 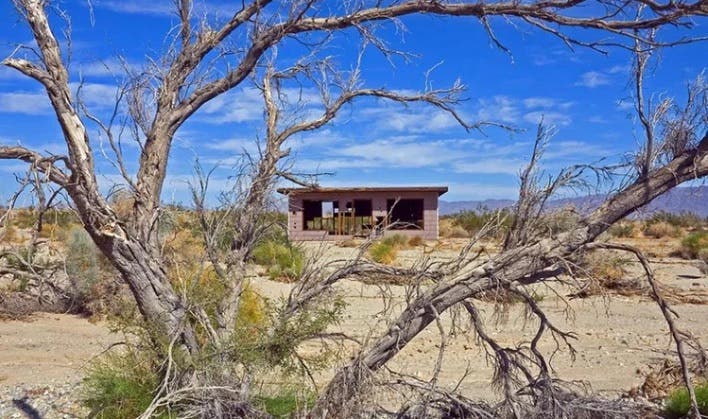 Back in the 1930s, the government established the Small Tract Act of 1938. This act was designed to remove unusable federal lands from the public domain and give them to people who would be willing to build homes on the desert land. The act authorized the lease of up to five acres for both full time or recreational use. If a small home was built on the land within three years, the land could then be purchased for between $10 to $20 per acre. Little “jackrabbit homesteads” began to pop up around Wonder Valley between Palm Springs and 29 Palms. After living for several years on these homesteads with no or little water and extreme weather, many homesteaders abandoned their tiny homes and dreams.

Some of these homestead shacks were later turned into contemporary retreats. 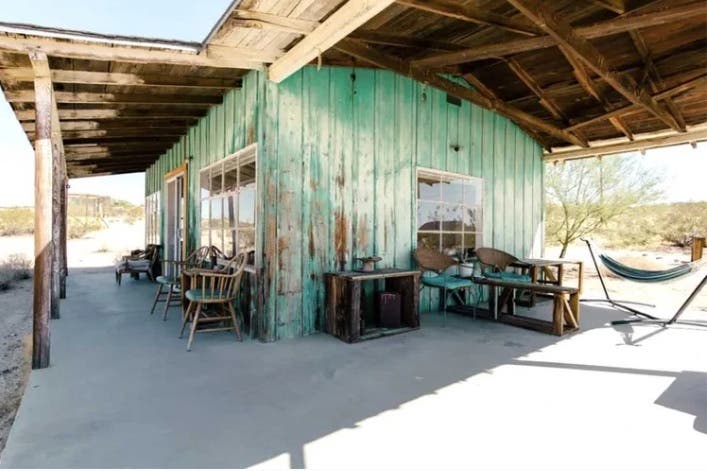 The Sweet Spot: Joshua Tree is one of these tiny getaways.

After years of neglect, many of these little homes have been given a new life. In the past few years, young professionals and artists from Los Angeles, tired of the fast paced lifestyle and assisted by wifi in the middle of the desert, have turned many of the jackrabbit homesteads into tiny homes, rentals and retreats from the city. 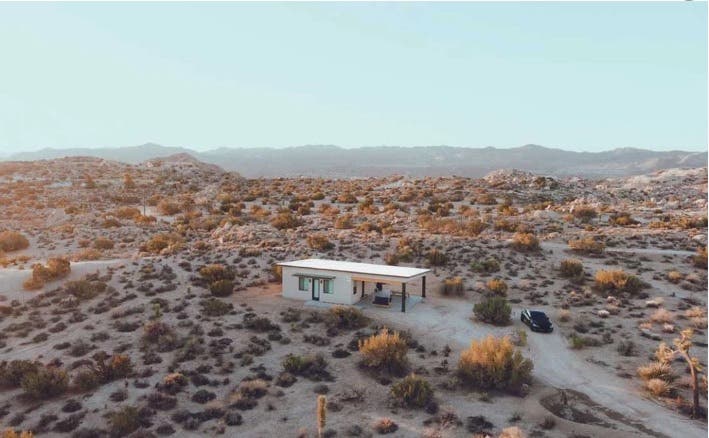 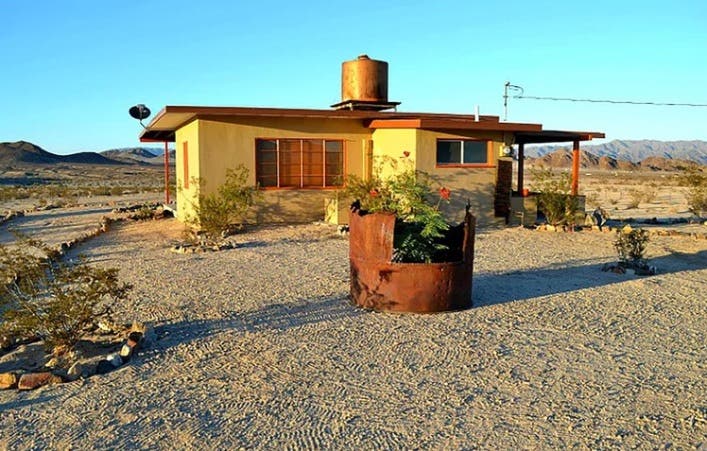 Artists such as Stephanie and Jay of JT Homesteader own several of the original jackrabbit homesteads and rent them out on Airbnb. The Sonora Cabin and the Sunever Cabin retain the original feel of the homestead idea and the desert land is preserved for wildlife and a natural look. The Sweet Spot: Joshua Tree is seemingly in the middle of nowhere, yet is just a short drive to area restaurants and sports a hot tub. DesertLand.com features inexpensive, but remote land and cabins that need contemporary homesteaders with a little imagination and heart. If you just want to tour the area, the Jackrabbit Homestead audio track and book can be your guide.

The desert appeals to new homesteaders who want to leave the city behind. 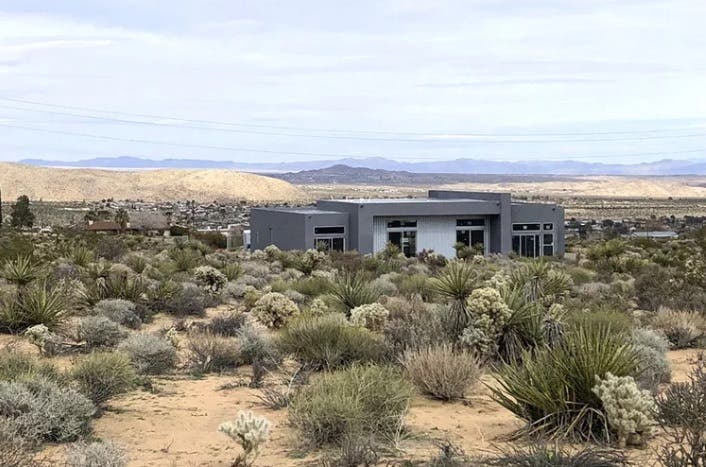