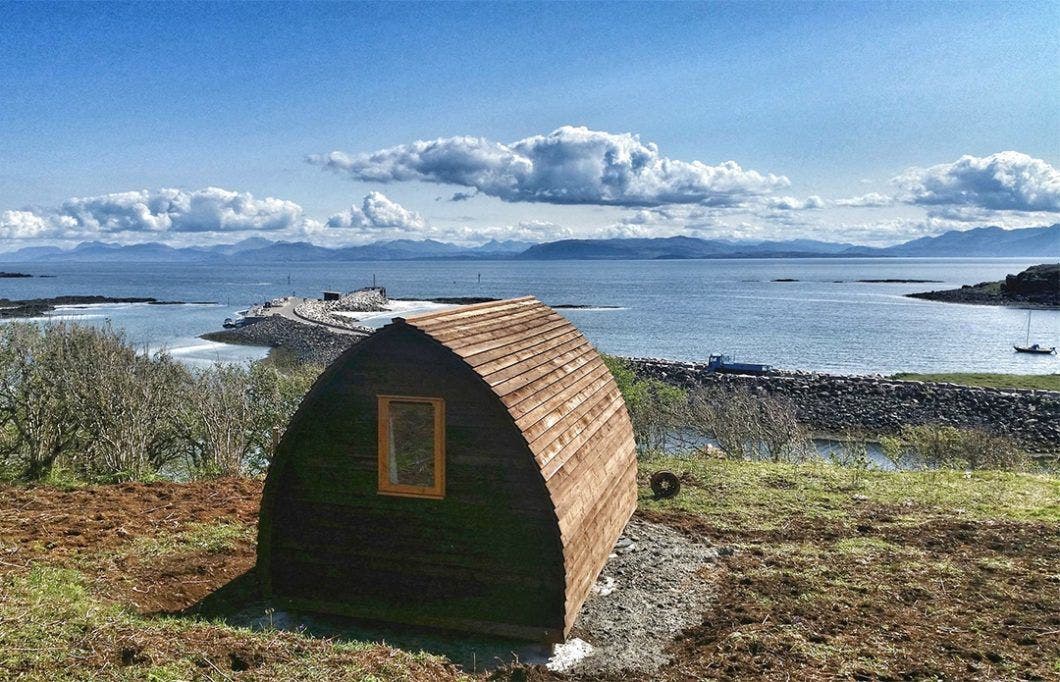 Located off the coast of mainland Scotland, the Isle of Eigg is tiny, yet mighty. Not only does it survive the rough northern seas, but it also serves as an example of what can be done when a community stands and works together.

Eigg is a tiny island in the Inner Hebrides, Scotland. 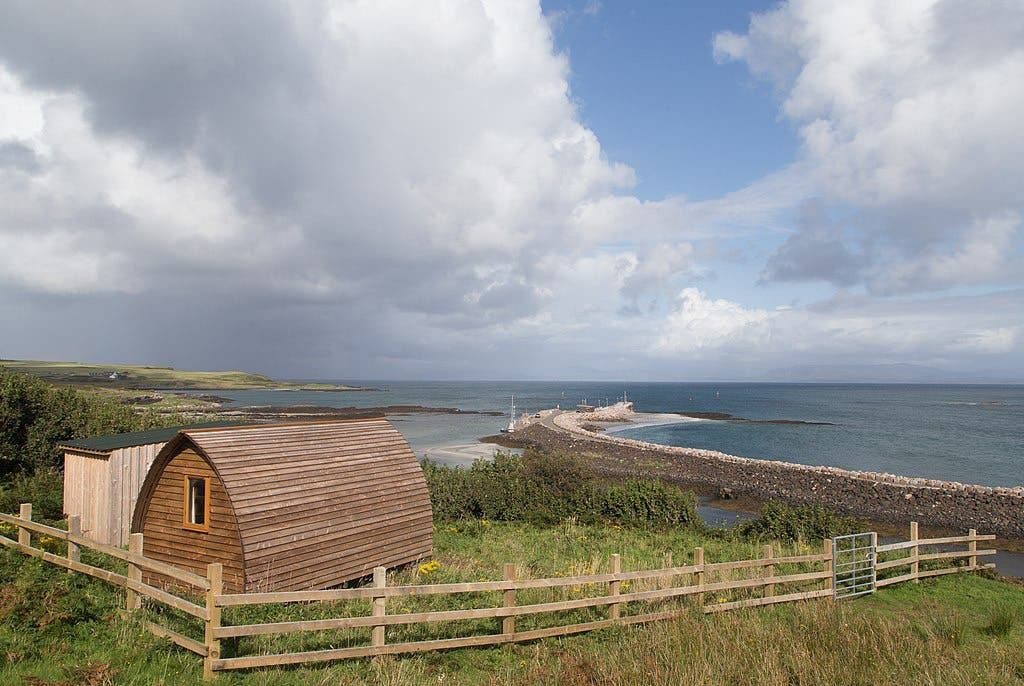 Before 1997, this little island in the Hebrides was managed by a wealthy landowner under Scotland’s feudal landowner system. The tenants lived under his law, some in poverty with no electricity. The island was sold several more times to off-shore buyers, but when the island again came up for sale, the people of Eigg were able to raise the money ($2.5 million) to purchase the island in a community buyout. [Watch the charming 60 Minutes program on Eigg]

The Cleadale Bothy is hosted by Sue. 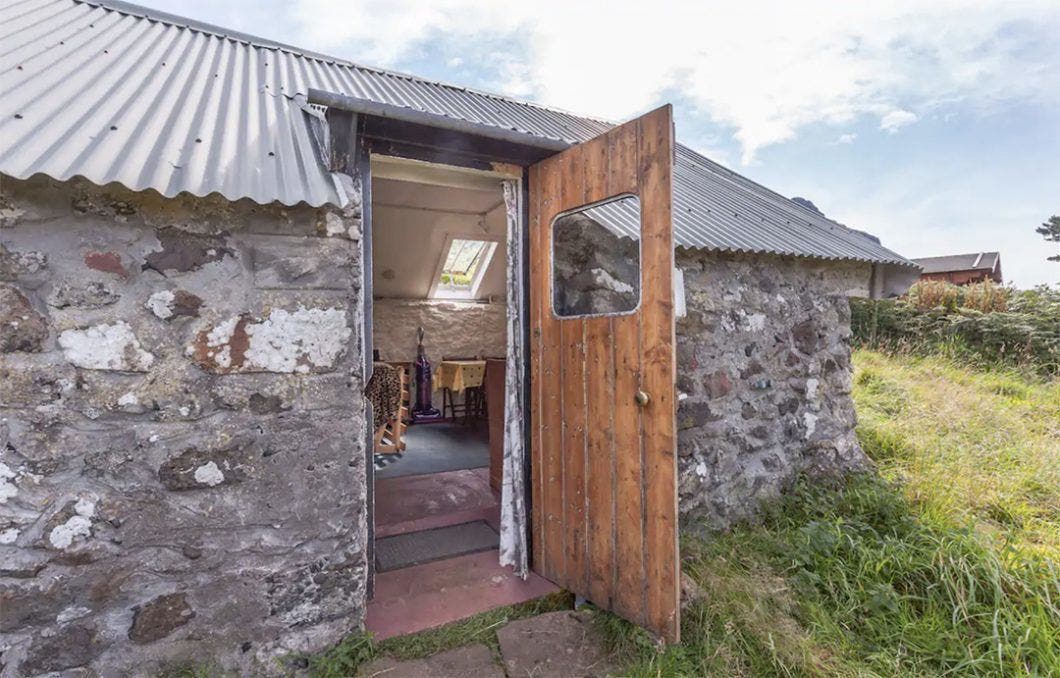 The islanders now produce their own electricity via wind, solar, and hydroelectric, create their own jobs, and run their own small government. The island has a population of only around 100 people, but the visitors can number in the thousands per year. These visitors need places to stay. There are not too many, but they are special. 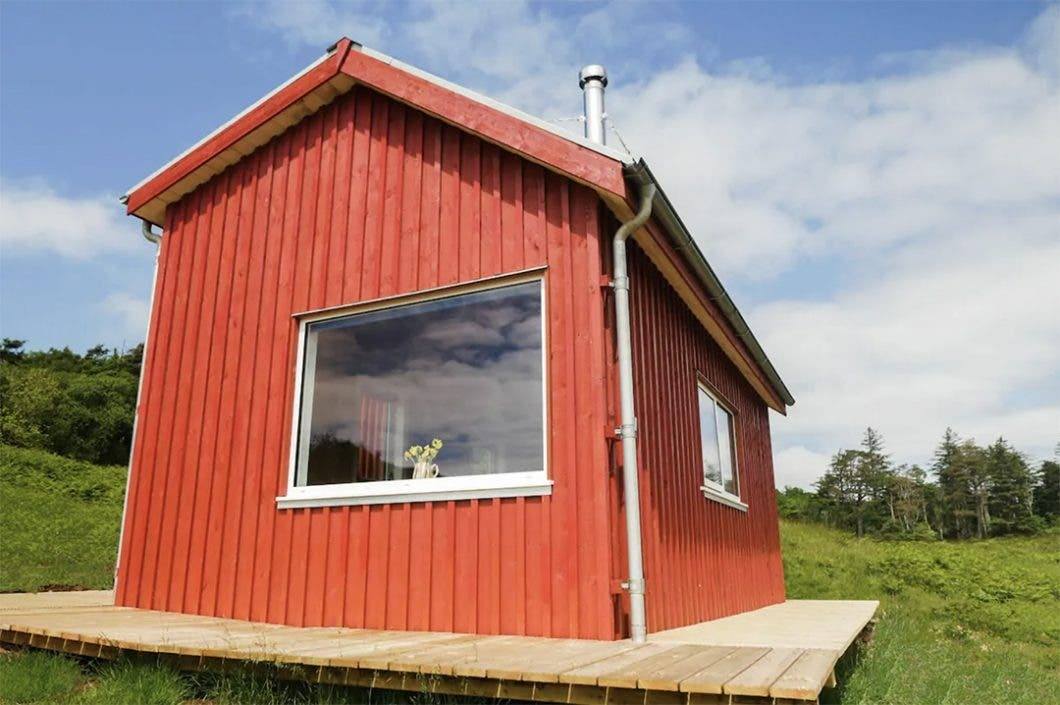 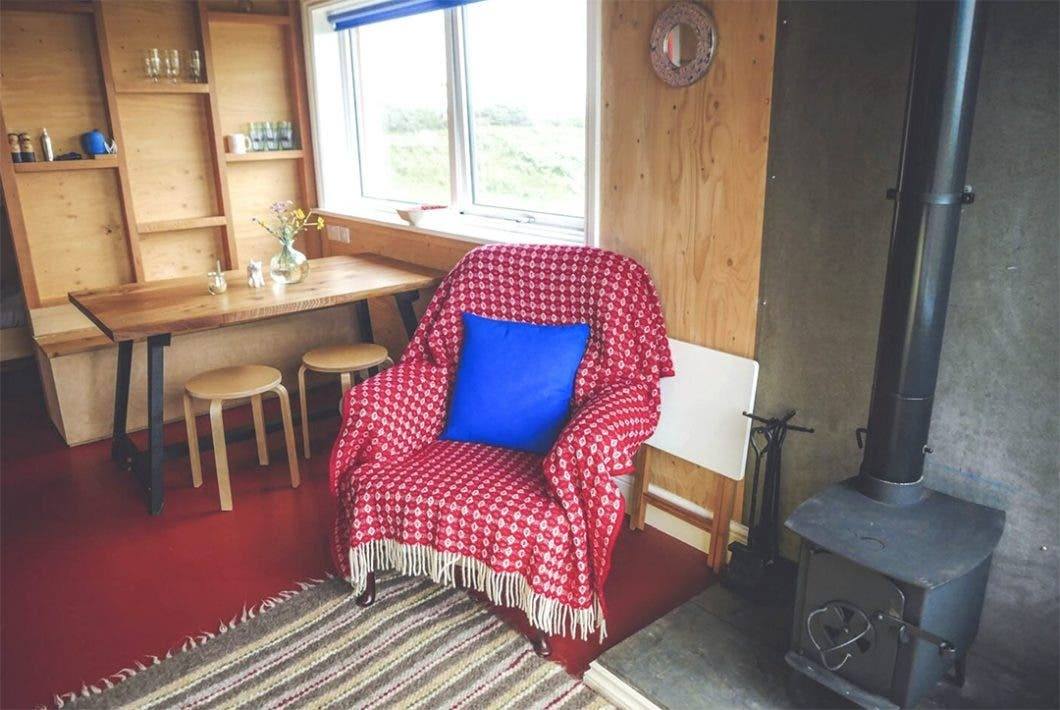 Eigg is home to a few camping pods, sheds, yurts, and traditional bothan (or bothy) where a few visitors can enjoy the peace and quiet of this nearly 12 square mile island. Most of these little homes are self-catering and include basic amenities. However, since a ferry only visits Eigg periodically, you might need to bring a few of your own supplies. 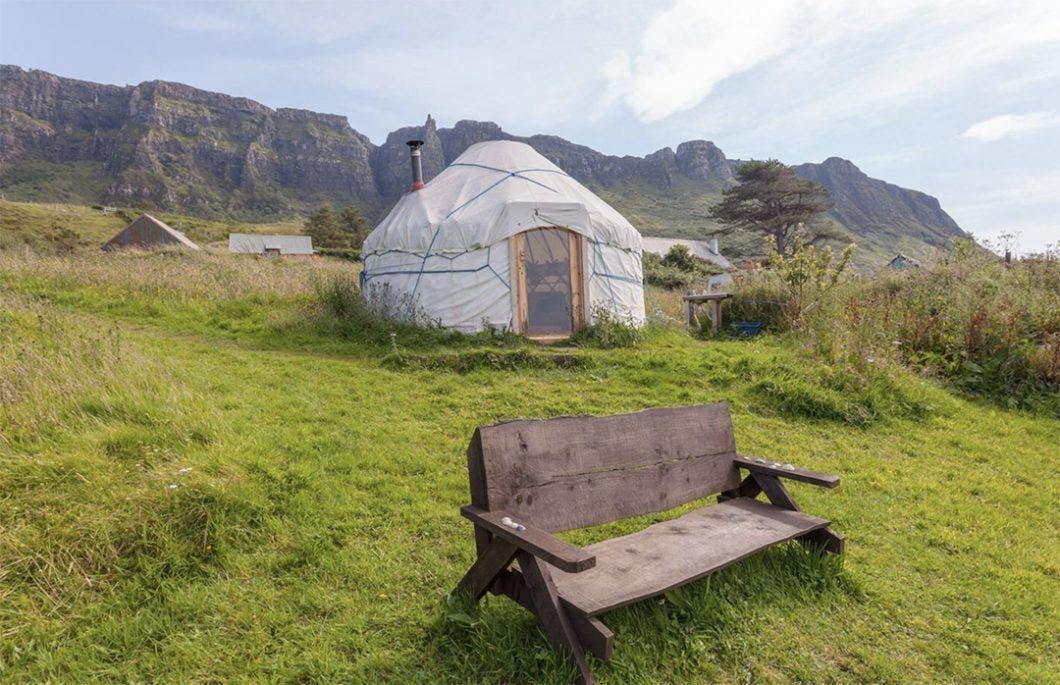 The Amazing Eigg Shed is owned by Alex and Liz. 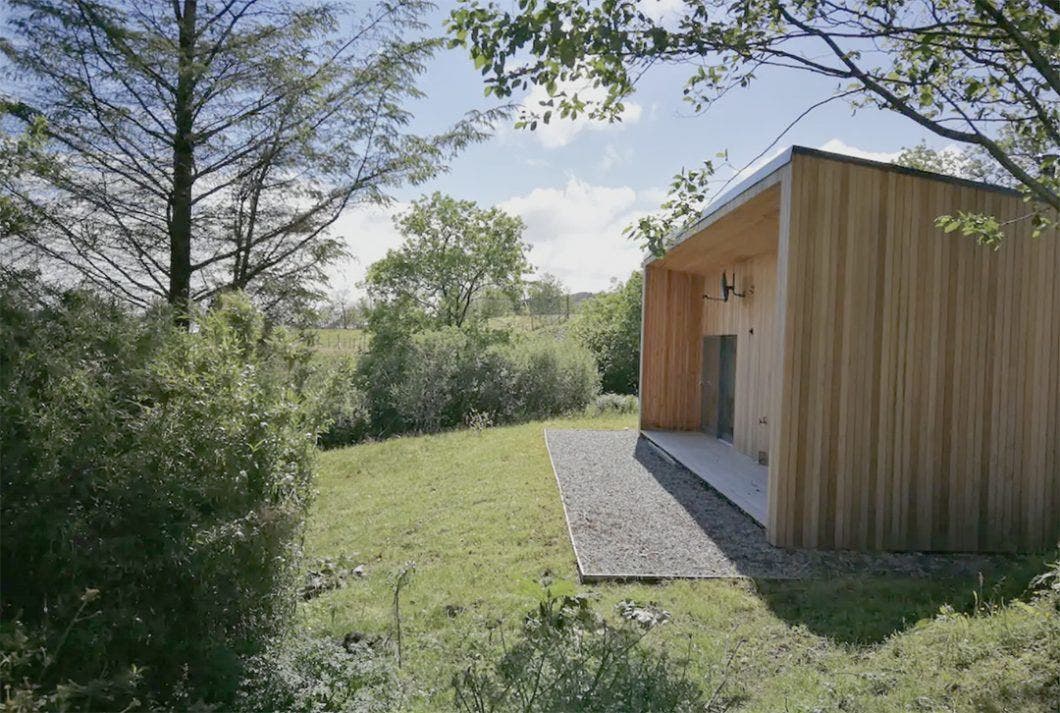 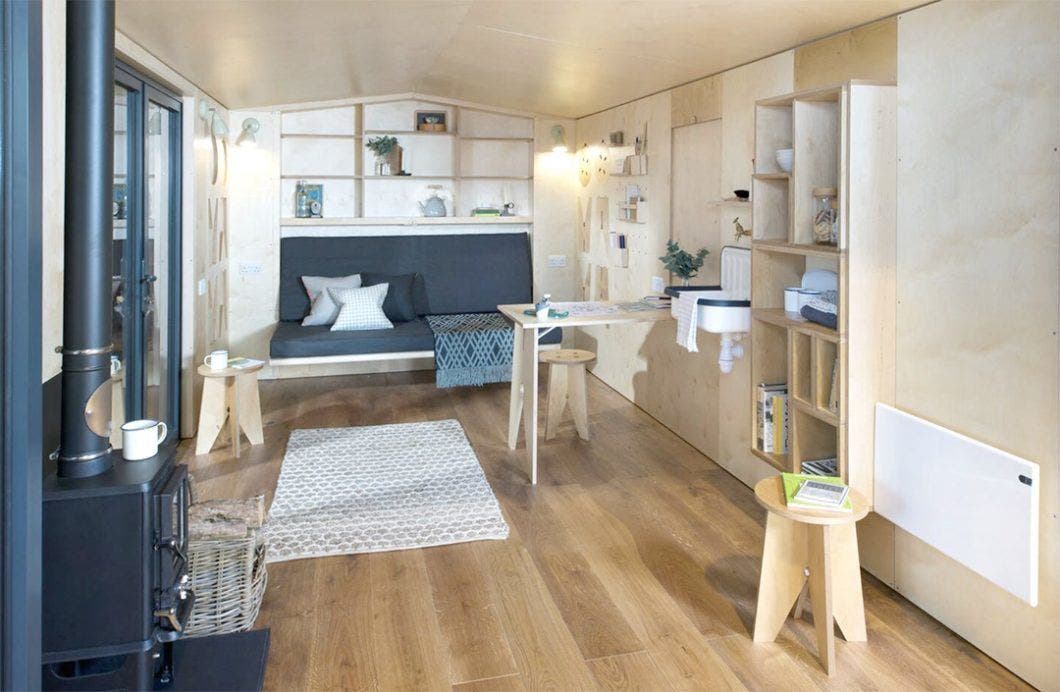 Family Builds a Homestead While Living in a Yurt