Tiny House EVICTION and What You Can Do About It 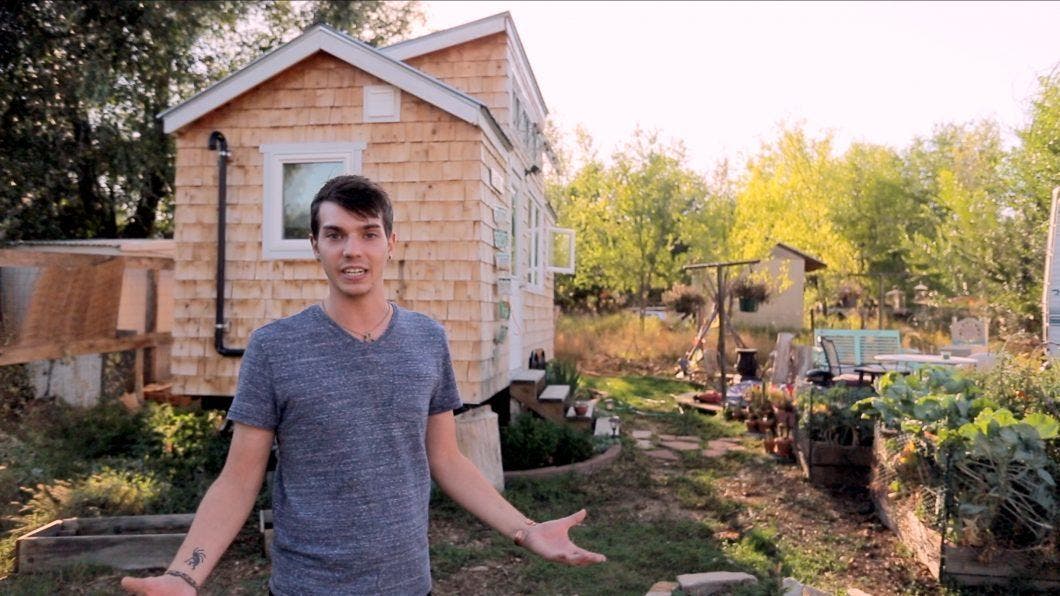 Meet David, a University of Colorado college student, future astronomy teacher, and tiny dweller. He built a charming and super functional tiny house on wheels, as a way to embrace simple, sustainable living. Another big motivation for his tiny house was to create his own affordable student housing. CU only offers student housing for freshman and foreign exchange students. Housing in Boulder, CO, is extremely expensive and in short supply. Many CU students end up living in overcrowded houses. 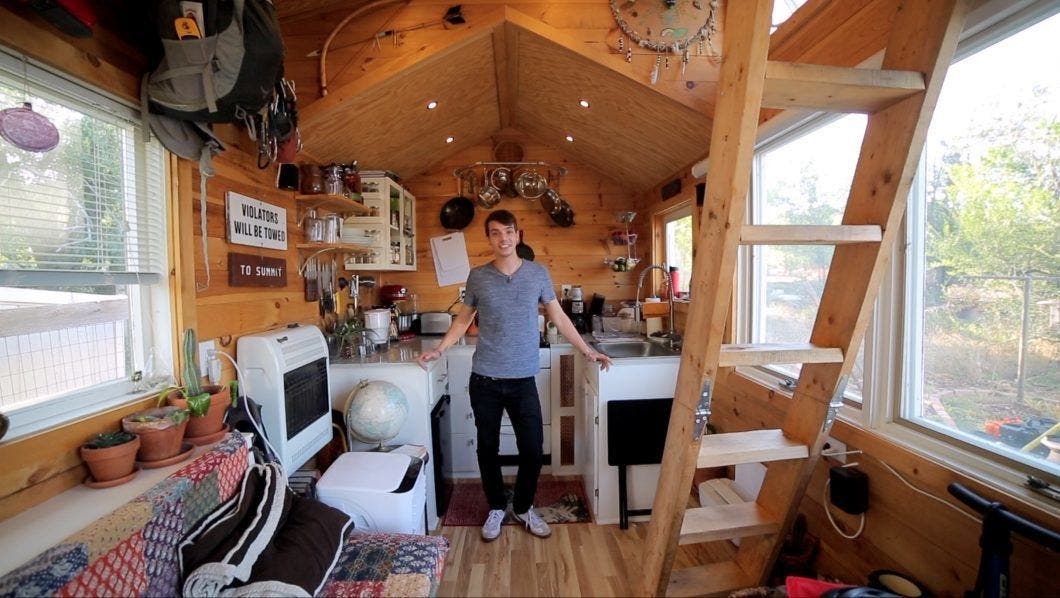 For six months, David was peacefully parked in a north Boulder backyard next to a couple living in an RV. Together they created a beautiful mini-neighborhood with a community garden. The immediate neighbors and their kids loved coming over to pick vegetables. None of them voiced concerns about the tiny structures. Just before midterms this Fall, David’s hosts were received a code violation and eviction notice. The tiny dwellers on the property were asked to vacate their structures within 30 days. David’s tiny house sat in storage for about a month, while he and his neighbors worked with the City of Boulder to create a temporary allowance for non-conforming structures. The hope is this will lead to a new tiny home zoning ordinance within the next couple of years.

David shares more about his DIY build and his eviction experience:

What was your motivation to build a tiny house?

The major motivation to build my tiny house was initially just to see how I would tackle the challenge! There are a ton of mini puzzles, and you have to learn a lot of different little things in building and living tiny, and that’s what really drew me to the idea. The other major underlying reasons were affordability and an effort to reflect a minimalist lifestyle.

Where were you parked?

I am parked in Boulder Colorado. I no longer have any immediate neighbors, but the neighborhood I live in has a lot of really cool people in it. This is a small quiet area of Boulder that has a lot of elementary schools and is close to the mountains and plenty of open space.

What were the circumstances surrounding your eviction?

The city of Boulder doesn’t have any appropriate legal code regarding tiny houses or other nontraditional housing methods. The tiny is essentially non-conforming, and living in a structure was not allowed.

After your eviction, how did you work with the city to get a temporary allowance to continue to live your tiny home? What helped you in discussions with the city?

At first, there was not too much that I could do when I got the notice to evict. The major play that I made was reaching out to you two who happened to be in the area. A major player in working with the city is a neighbor who lives down the street. He reached out to me because he had tenants in a similar situation, he was very proactive and went to town meetings to discuss our interests. Another big part of communicating was my landlord, he too communicated via letters with city council trying to be open about the problem. I reached out to the city council members as a whole and told my story part of which was showing them the video of my house. Immediately the majority of city council were on our side and agreed that there was an issue with non-conforming structures and that it needed to be addressed. At a meeting they asked the city attorney if they could write a letter allowing those who were kicked out a temporary exemption to codes and ordinances, allowing us to continue living in our structures.

Is the city interested in working towards a zoning ordinance to address tiny housing?

I would just say to be very diligent in making sure you can be legal if that’s what you want to do. There are many ways around tough situations like I’m in, just be willing to adjust your plan.

You can help advocate for the legal acceptance of tiny houses by joining the American Tiny House Association, and by starting a conversation with your local city planners and elected officials!

My partner, Christian and I are traveling tiny house dwellers. Together we’ve been on the road three and a half years for our documentary and community education project, Tiny House Expedition. We live, breathe, dream the tiny home community every day. This is our life and our true passion project. We are very grateful to be able to experience this inspiring movement in such an intimate way and to be able to share our exploration with all of you.

Family of 5 in Tiny House on Homestead

Couple’s 10′ Wide Tiny House on their own Land

I am so proud of this young man for developing such a perfect and affordable housing choice to accommodate his student lifestyle. Shame on Boulder Colorado and the developer responsible for his eviction, for not accommodating his choice. This nation is putting the rights and needs of the wealthy over everyone else and it may very well lead to the country’s downfall if we don’t do a better job of making room for everyone.

I live in California where housing prices and rentals are increasing exponentially. Still, tiny houses and other micro housing units are illegal, while we lose homes each year to fires, homeless rates continue to rise, and people are priced out of the area. Expensive communities will suffer if there is no place for teachers, fire fighters, police officers and students to live affordably. Who will provide these services to their children? And what happens when grandparents want to live near their children and grandchildren? It’s imperative that we address these issues and tiny houses may be part of the solution.

I agree that our communities really need to embrace alternative housing solutions as quickly as possible to meet dire housing needs. The good news for David is that he was given a temporary allowance while the city works toward more lasting zoning change. Also, California just had another tiny house legalization victory: San Luis Obispo now allow movable tiny houses (THOWs) as accessory dwellings! Many more Californian cities are looking into this as well. Join the Tiny Advocacy Network to be kept in the loop: https://tinyadvocacynetwork.wordpress.com 🙂

[…] is received. Like what happened to a Colorado University college student in Boulder. See my post from last Friday to learn more about how the student was able to get a temporary permit to return […]

[…] tiny home, while they work towards a longer-term, city-wide solution. I recently wrote about a similar situation in Boulder, where a college student was evicted but was able to return to his […]

[…] Update from David: Great news too! The city has allowed him to move back into his tiny house on that property, while they work towards a tiny house on wheels zoning ordinance. More details here: https://tinyhouseblog.com/tiny-house/tiny-house-eviction-and-what-you-can-do-about-it […]