The Tiny Houses of Black Rock City: Rites of Passage 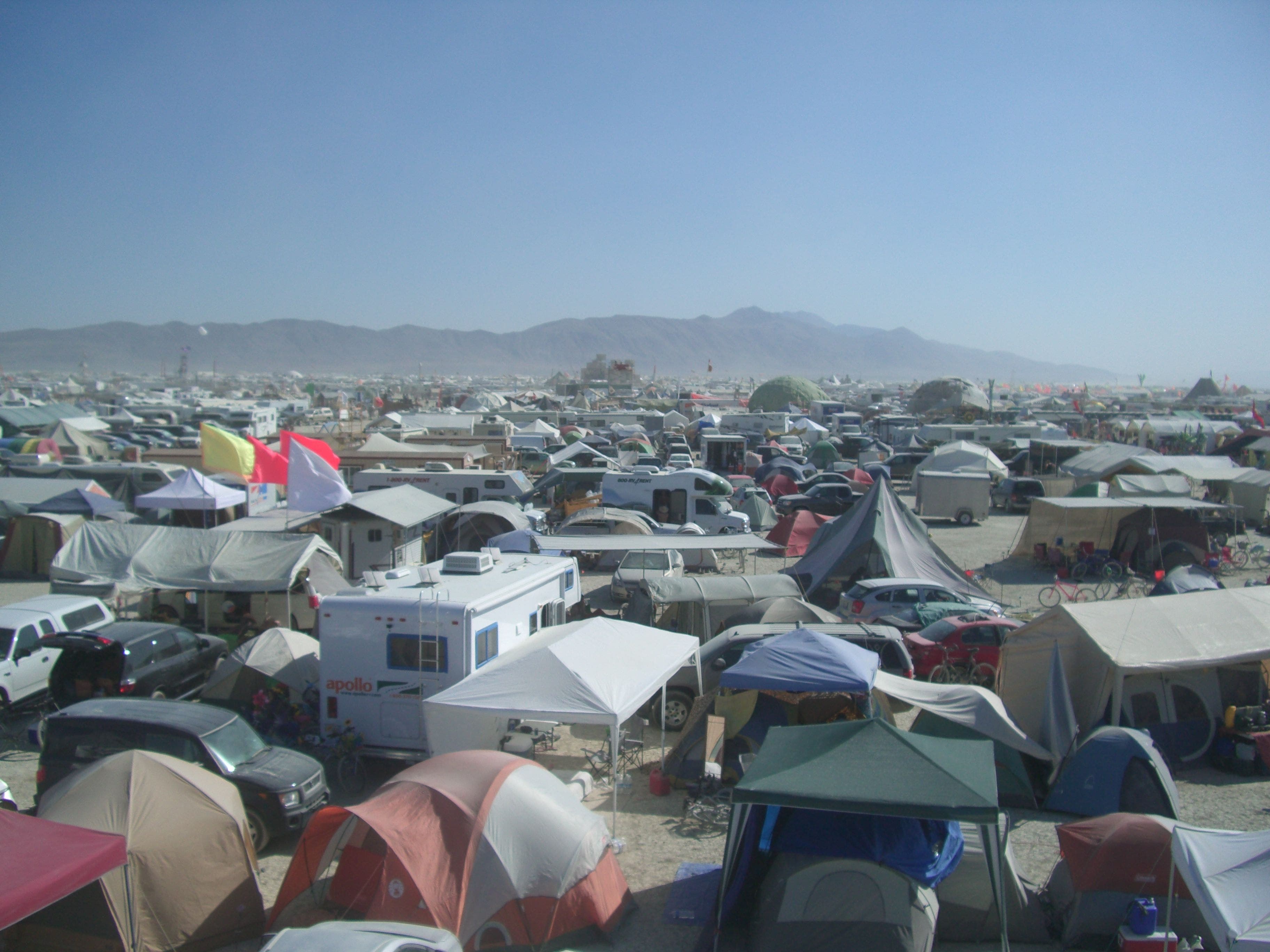 This year’s Burning Man was a rite of passage for two of our good friends who decided to come along with my husband and me to this popular event. It was their first time attending, and many of our discussions revolved around how impressed they were with the organization and creativity of the event…especially the building of Black Rock City. I agreed that the ingenuity of the camps and shelters that make up the city grows each year. The art, the shows, the dancing, the fires and fireworks are all wonderful, but personally, my favorite part of Burning Man is visiting the camps and admiring the multitude of styles and designs of shelters. These shelters (most of them specific to Burning Man) are built to create shade from the blistering sun, as blocks against the wind that sweeps across the desert, and to protect Burners from the ubiquitous dust that gets over everything. Each year I’m in awe with how the artists transport these structures across the country and erect them in this stark desert, only to take them down again a week later.

This year the weather couldn’t have been better. The dust was minimal, the winds were mellow and the temperatures were fairly low. In fact, you needed a shelter warm enough for the very cold nights that affected most Burners this year. Here are a few of my favorite tiny houses of Black Rock City 2011. A few years ago, the Hexayurt prototype was displayed at Burning Man. Now, you can find Hexayurt villages scattered all around the city. The reflective siding blocks out the sun and keeps the interior about 10-20 degrees cooler. This was another version of a Hexayurt that could accommodate a taller person. The owners of this shelter built this shade structure, the Otic Oasis, and a few other structures using interlocking pieces of wood without glue, nails or screws. Another wonderful structure was a re-creation of the New Orleans French Quarter where you could snack on shrimp gumbo or pizza from the Black Rock Bakery. Math Camp’s structure was based on geometry (of course). Pandora Camp was built around a shipping container. Lenny Camp had a lighthouse as a central beacon. This camp began to take on a Wild West feel… …while the Dusty Swan pub gave this camp some luck o’ the Irish. Modified trailers were popular again this year, including this fiberglass trailer shaped like a toaster… …a trailer with it’s own bike rack… …and a beautiful Airstream all decked out with a bright yellow shade. If you don’t have a trailer, you can always sleep in a tent…or is it a fish? Maybe you’d rather sleep in a shark? This year, I saw a lot more wonderful desert-style structures like this Moroccan tent… …and this yurt with a tie-dye theme. Some traditional tents are altered, and scarves or curtains are added for shade and beauty. Some tiny houses at this year’s event were REALLY tiny… …including this one used for both shelter and storage. Several structures were excellent for climbing around on, including this Asian inspired beauty… …or this purple tea house. This yellow pagoda had a great view of the city… …so did this Sky Lounge. This lifeguard shack was located on the Esplanade (the main road in front of the city) and came complete with lifeguards who rode around on motorized surfboards. However, this structure has become one of our favorites. We climb it whenever we get a chance and are affectionately calling it “The White Spaceship.”

These structures are wonderful! It amazes me to see the creativity that people have! Keep up the great work blogging about these kinds of homes (both temp and permanent.)

[…] We’ve already done a few things to this space since moving in a little over a year ago including painting the walls white, replacing the range, switching out the light fixture, and adding under/over cabinet lighting. […]

As always thank you for great article

I like the Wild West one the best. :O)

Thanks Christina for such a thorough job — hope you had a great burn!

Beautifully done. Thank you! Love the Wonder Why – but it’s hard to pick a favorite! Shiny!

Thanks for sharing the experience with us Christina! Can’t wait to make it to one of those.

I really like the Moroccan tent. That’s really cool!

The white spaceship looks like the same one in The Killers video, Spaceman. One of the coolest videos I have seen, ever.

The white spaceship was great! Not only did we get a wonderful view of the city, but also got serenaded by a great guitarist and a wonderful viola player. Loved every moment climbing that structure!

One of our best times. 🙂

I wish there was an in depth view of each of the ones you featured. I enjoyed this submission but, founf myself asking a million questions regarding these.

If anyone attends next year, please take videos (non- shaking ones) lol It would be wonderful to actually see it within the elements of the desert.

I think I am too curious.

While the outside of the structures look great, how do they partition them off? How are some of the additions connected. I think we can learn a lot from these desert dwellers. big smile.

[…] House blog themselves also admire other Burnitechture. I recommend reading their whole guide from 2011, but here’s some […]

The infamous Burning Man Festival might turn into a permanent city - July 19, 2016 Reply