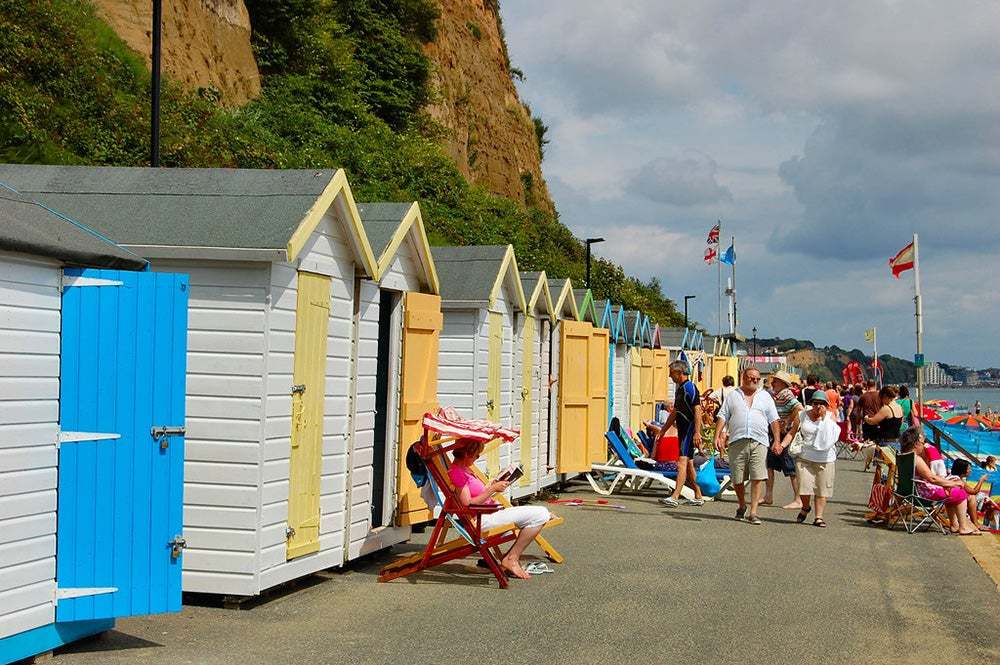 The traditional beach hut is not a common site on the beaches of the United States. However, on shores of Great Britain, Europe, South Africa, and Australia, these tiny huts are the epitome of summertime living.

Beach huts have been a summer tradition since the mid-1800s. 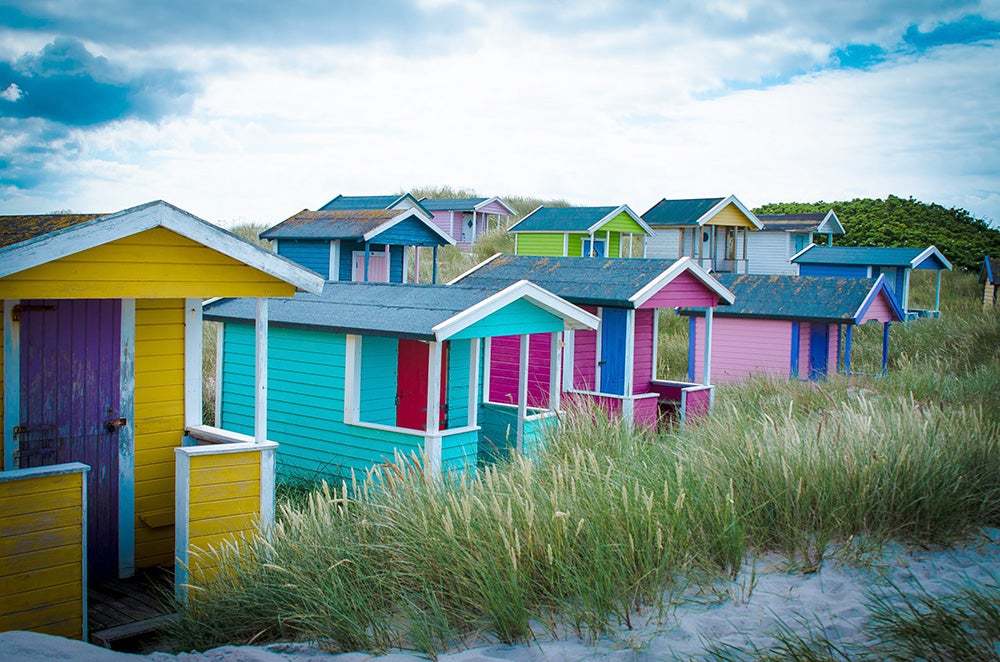 The first beach huts (also called beach boxes or beach bungalows) were designed and built during the Victorian age as changing rooms for beach goers to change into their elaborate swimming costumes. Because of the importance of modesty at that time, the huts were on wheels and could be pulled right down to the water to save the Victoriana costumes from being displayed t0o readily to the public.

In Victorian days, they were on wheels and could be pulled into the water. 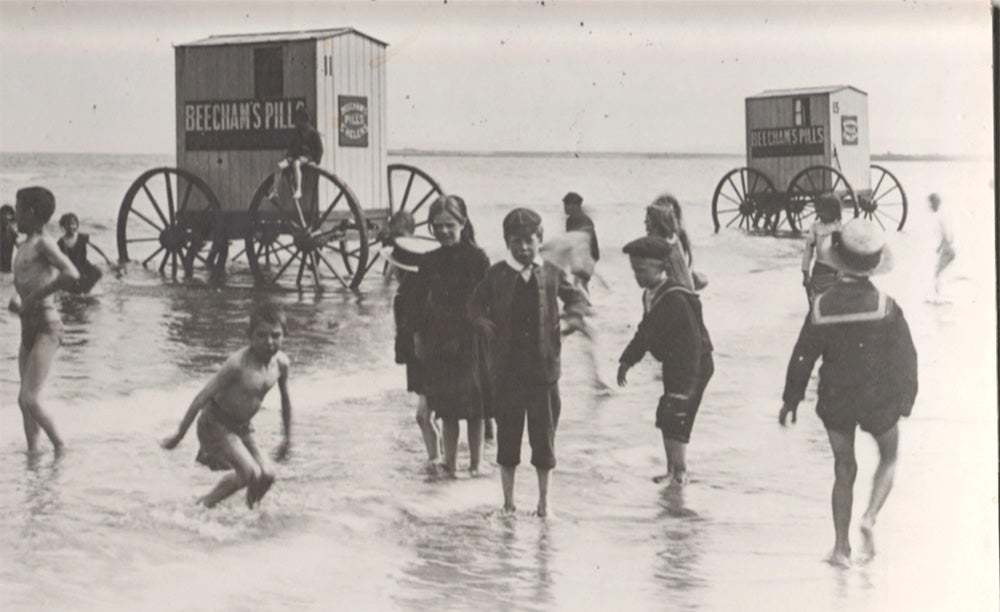 Photo by Museum of Hartlepool

In the early 20th century, beach huts became inexpensive vacation homes for the working class and could be rented for a few pounds a year. Many of them were actually converted fisherman shacks or boat sheds. After WWII, they evolved into more elite ways to enjoy the water and became tiny summer homes for wealthier beach visitors.

Contemporary beach huts can be colorful and a little costly. 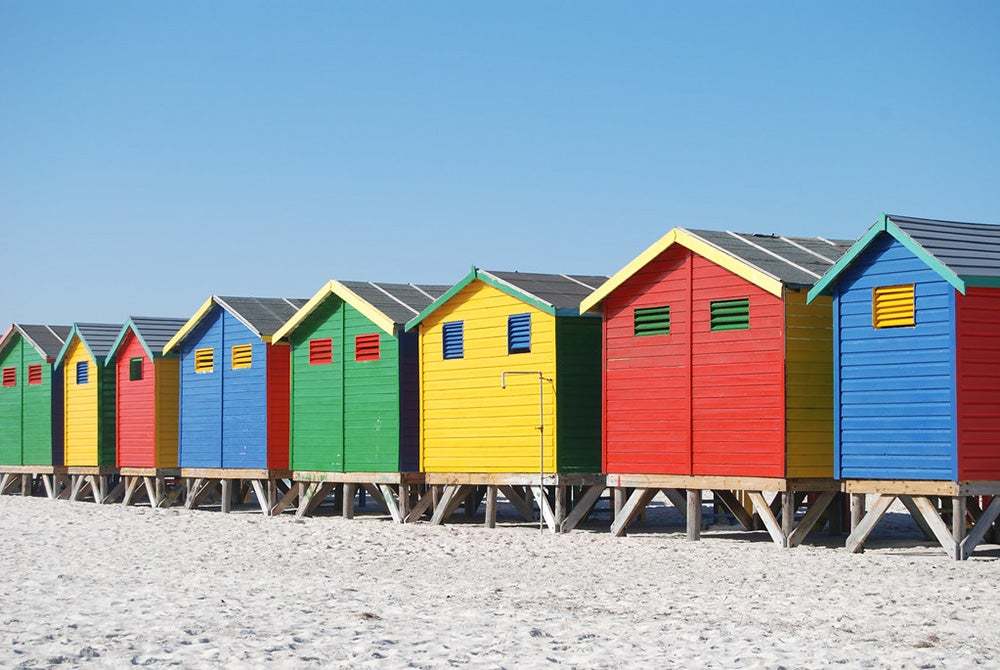 According to the book, Beach Huts, by Karen Averby, there is estimated to be about 20,000 beach huts currently across Britain. Many of them are private and can cost tens of thousands of dollars to buy. In addition, there are years-long waiting lists for some of the more popular locations. Other beach huts are available for rent from companies such as BeachHuts.com.

Beach hut interiors are simple, but can include cooking areas and personal style. 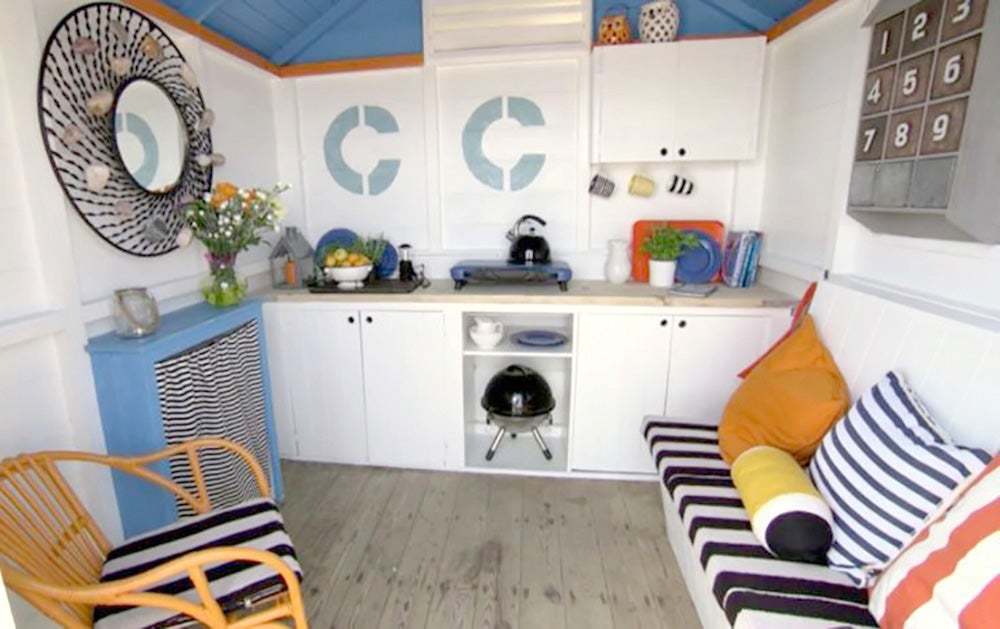 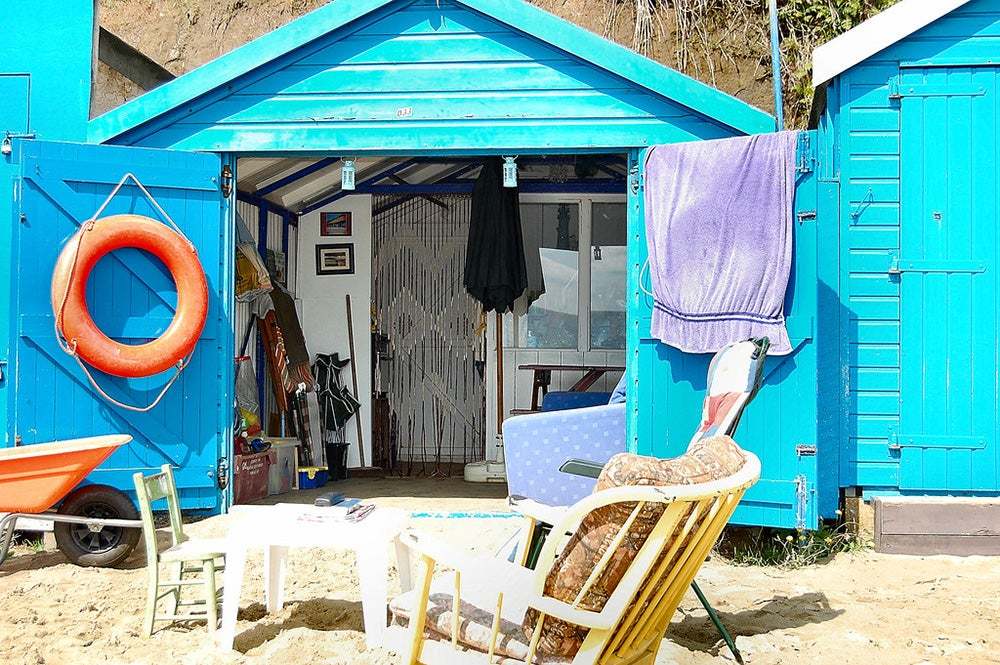 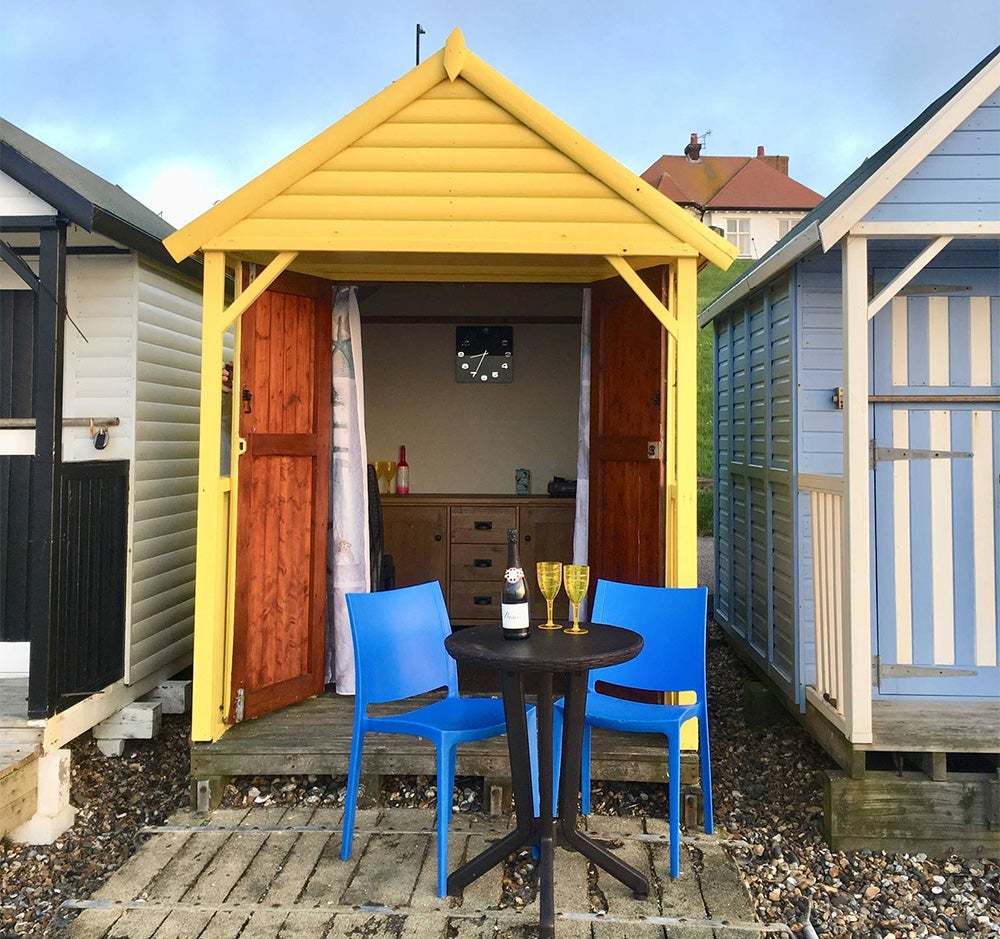 Beach hut interiors are simple and offer protection from unpredictable British weather. They normally act as storage spaces for beach gear, toys and towels. However, some of them can include comfortable seating or camping stoves for making tea or lunch. If you want to see some traditional beach hut interiors, check out the Great Interior Design Challenge on Netflix. Three designers give three 1920’s beach hut interiors a facelift.

The Bournemouth Beach Lodges are the next generation of beach huts. 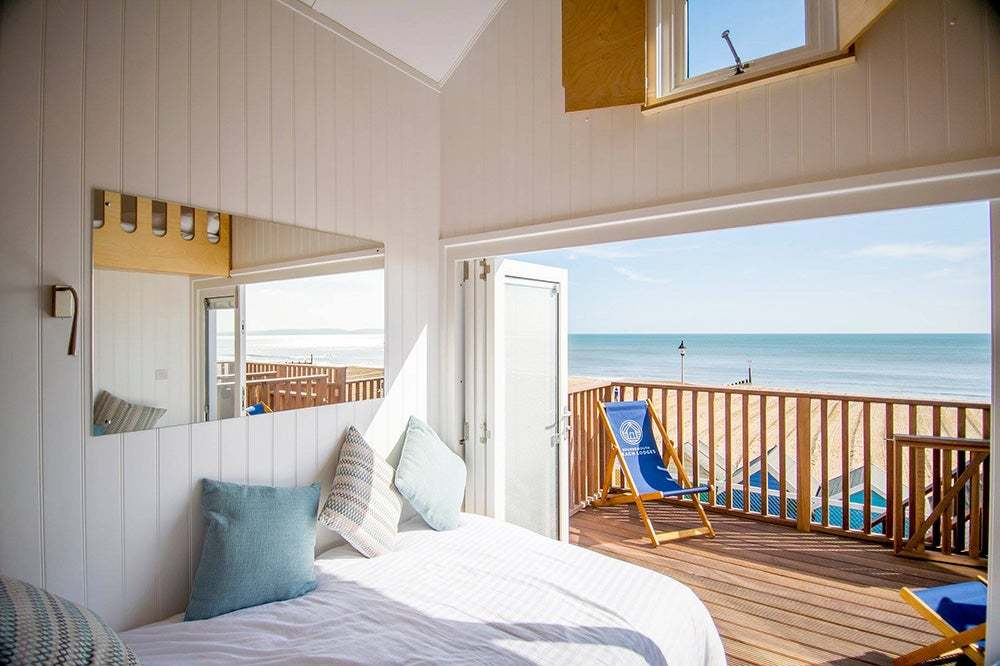 Beach huts have become a lot more sophisticated since the Victorian age. The new and stylish Bournemouth Beach Lodges are built for overnight stays and include full bathrooms and kitchens, WiFi and are ADA compliant.

I’m in the UK & have made the comparison between beach huts and tiny houses a few times. The only thing missing is a bathroom.