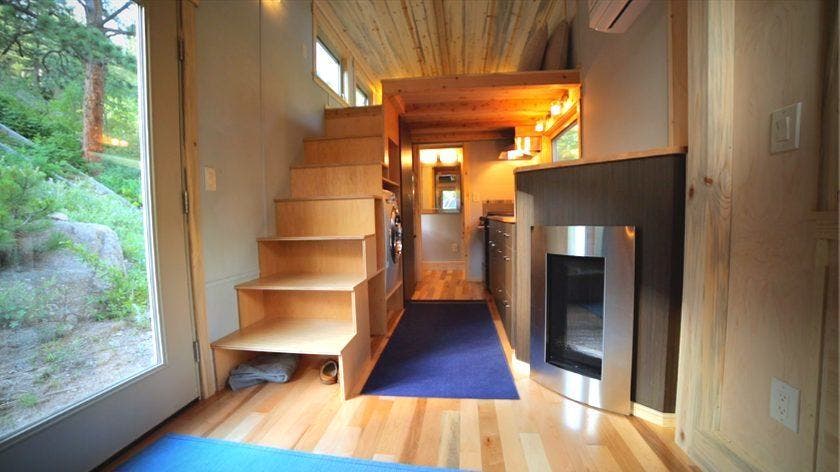 Who doesn’t love the charm of wood stoves? But electric fireplaces may be a better option for tiny homes. Read on for a comparison of the pros and cons. 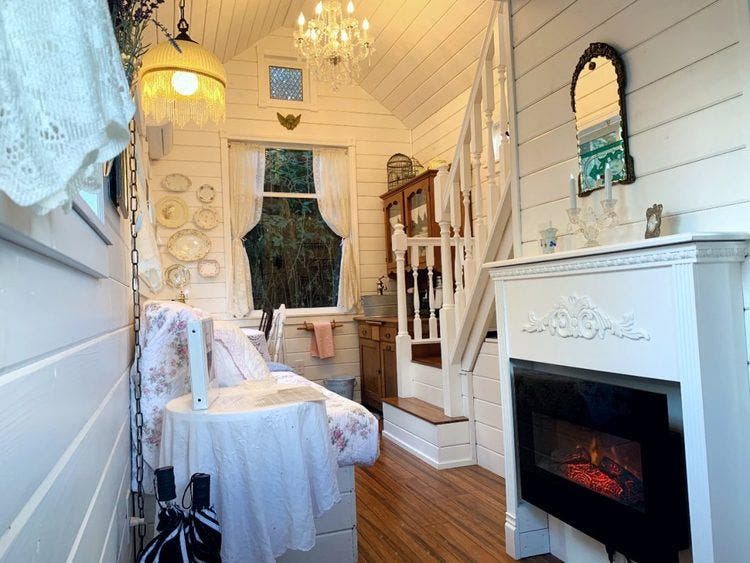 electric fireplace in the Victorian Cottage at Tiny Digs Hotel

Now that fireplaces have become more appealing to homeowners, the demand for cheaper and efficient alternatives have also increased in demand. In 2017, the National Association of Home Builders (NAHB) did a study on the preferences of homebuyers. Unsurprisingly, the fireplace is included in the list of the top five features that homebuyers are looking for. And of course, wood stoves are a popular tiny house fireplace option, especially for those off-grid.

Although it seems unbelievable, electric fireplaces are already used as early as 1912 as props for theatre. Not only until recent years that home utilities have been developed and accessible to all that the use of electric fireplaces in houses has been normalized. If you have been thinking of getting one for your tiny home, you might want to read on to know what are the advantages and disadvantages of choosing an electric fireplace over the traditional kinds.

Pros of an Electric Fireplace for Your Tiny Home:

1) Efficient both money and energy-wise

Buying an electric fireplace is relatively cheaper than having a real one installed in your home. They usually cost from $200 up to $1000, depending on the features that you’re going for. This goes to show that in just a couple of hundreds of dollars, you can already achieve your dream of having a fireplace.

Moreover, having an electric fireplace can also be a good alternative to save money and energy since they use less energy than your typical heating system. This is a good alternative during the winter when you need the heat going all the time. 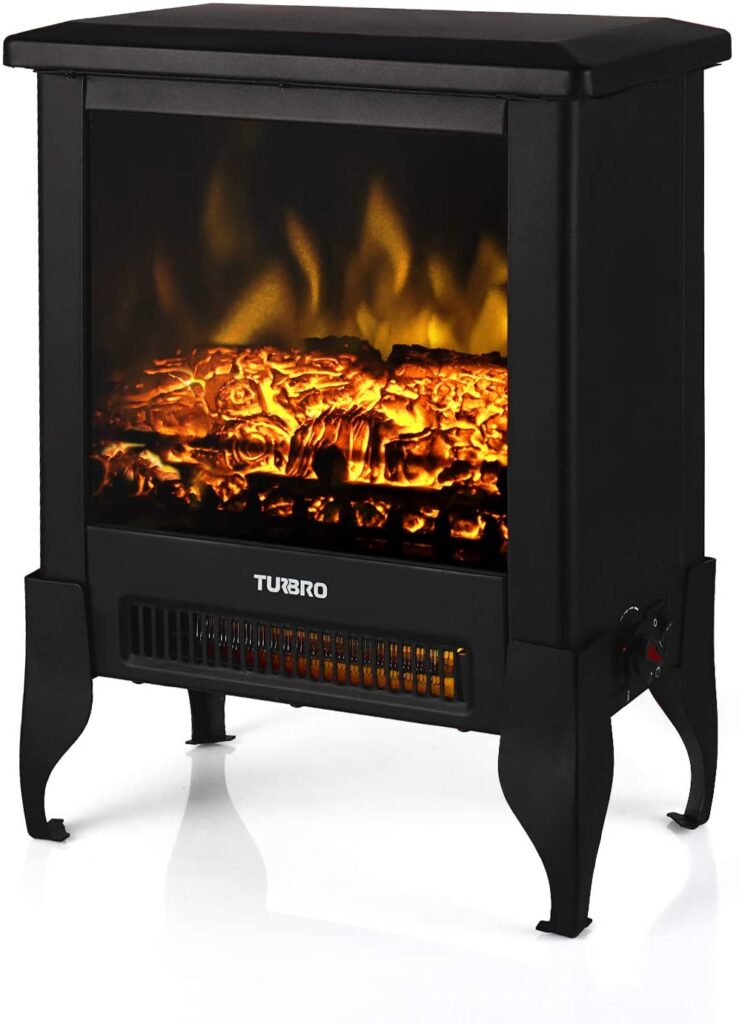 Unlike traditional fireplaces and wood stoves that need so much work before you’re able to have a fire on, most electric fireplaces come already set up. All you need to do is place it where you want it to and plug it in.

3) Perfect for tiny homes in areas that have fire regulations

If you are living in an apartment complex or a regular home, an electric fireplace is safer since it does not produce real fire. Apartment buildings or condominiums also have fire safety regulations that disallow any source of flames.

A  fire lit up on a traditional fireplace leaves residues that turn into dirt. This requires regular cleaning if you are using it more often, which is unlike an electric fireplace that is convenient to use.

Now that further developments have been made on electric fireplaces, various designs have also come out into the market. From the most minimalist to the most realistic electric fireplace, whichever aesthetic you’re going for, there’s a style suitable for it.

Heat provided by an electric heater is free of air pollutants, unlike a wood stove. Breathing air containing wood smoke can cause contribute to respiratory and cardiovascular health problems. If you have existing lung or heart health issues, choose an electric fireplace for clean air but with the charm of burning flames.

Cons of an Electric Fireplace for Your Tiny Home

Although there are a lot of good things about an electric fireplace, it still isn’t the real deal. Some buyers still prefer the natural ambiance that traditional fireplaces give.

This is a significant con for electric fireplaces. They’re not off-grid friendly. And when there’s a power outage, you can’t use it. Outages often happen during the bad weather, and the season is cold, which makes having an electric fireplace instead of the wood-burning one a huge inconvenience.

From DIY Van to a DIY Cabin in Woods