Spoiler Alert! Usually, there is at least one, if not all three, of these Clutter Code Chains (CCC) at any given time weighing on you and your decluttering resolution. No wonder we get paralyzed in our tracks when we have such good intentions to declutter once and for all.

After going tiny myself (3,100 square feet to 310 square feet) in just 31 days back in 2015, two years later in 2017 I excitedly attended my first Tiny Home Expo. Not only was I going to be able to see tiny houses and get new ideas, I’d be surrounded by “my” people. People who were either curious, interested in living smaller or actually living tiny like me.

There was a buzz, even with the super long lines and I was ecstatic. I engaged both days in talking with others about the possibilities of their smaller home living, knowing that they too could do this.

There were two consistent threads over those two days and to this day as well:

No matter what life you want to live, I promise those Clutter Codes can be broken. This was groundbreaking for me and a big part of my current proprietary process.

The First Clutter Code is the Money Clutter Code: “But I paid so much for it.” “But it is going to be worth something one day.” “But if I sold it I could get so much money for it.”

The Third Clutter Code is the Heart-Strings Clutter Code. This is the strongest and most difficult of the three: “This person gave this thing to me.” “I love these memories/ circumstances/collection/whom it belonged to, etc.”

Can you relate to one of these paralyzing codes?

Your dreams and possibilities are indeed possible. I know because I did it and it was hard; yet with every decision made I became stronger, the clutter code chains became weaker. They actually fall away.

Nearly four years later I’m still living tiny, usually, clutter-free and with no regrets. I’m teaching, talking, and walking my proprietary way. I disagree with most of the declutter methods out there, because they did not work for me and not in a lasting way (33 years). For the thousands of people still stuck under those chains, it can be done.

Being aware of those CCCs, knowing how to handle them and break free of them in your decluttering process is huge to your success. Remember you ultimately decide what stays and what goes. There are no right or wrong amount of things to own. I am always available to assist you. For today I just wanted you to be aware of those Clutter Code Chains.

Create your home oasis, regardless of its current size. Begin today. Don’t wait for one day or when the stars align or when you get around to it. Live your life today.

Next month, I look forward to sharing my tips on what to do with items that are currently in your home. Until then live Intentionality, Mindful and Simply Joyful.

Written by Brenda Mason for the Tiny House Magazine Issue 73 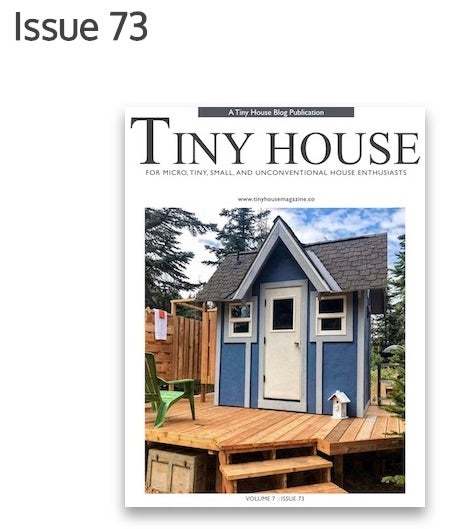 Tiny Houses: Where Do They Fit In?