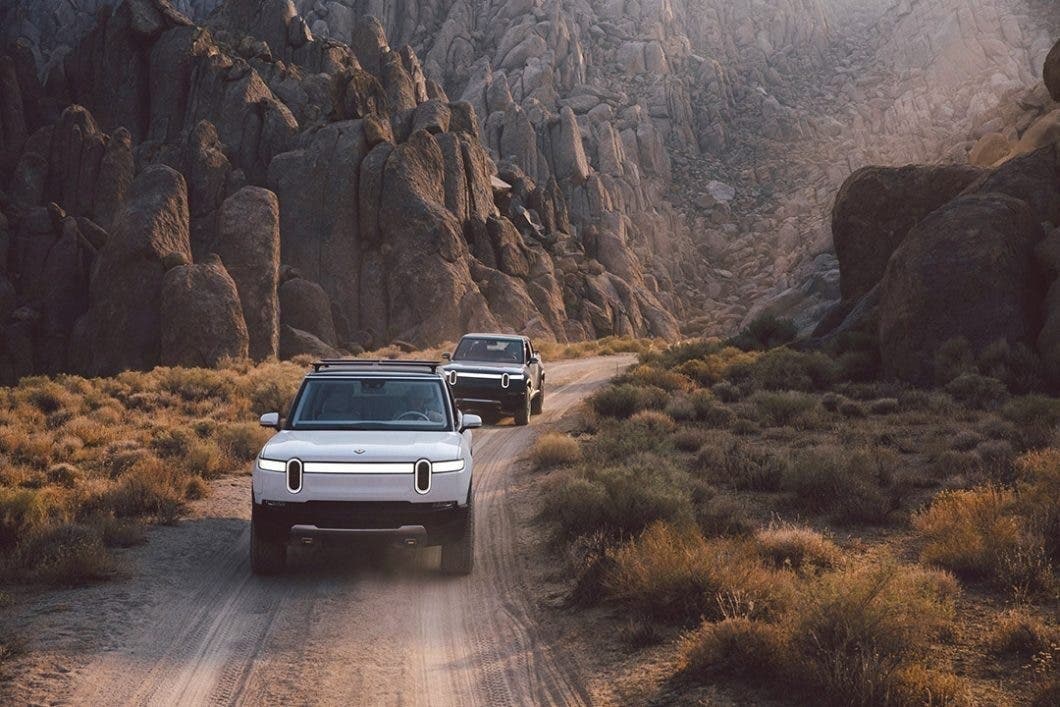 The original tiny house folks had a little more foresight than the average person. It takes guts and grit to do a complete 180 against the norm and try to live a different way.

The Rivian R1T is going beyond the electric truck into adventure vehicle territory. 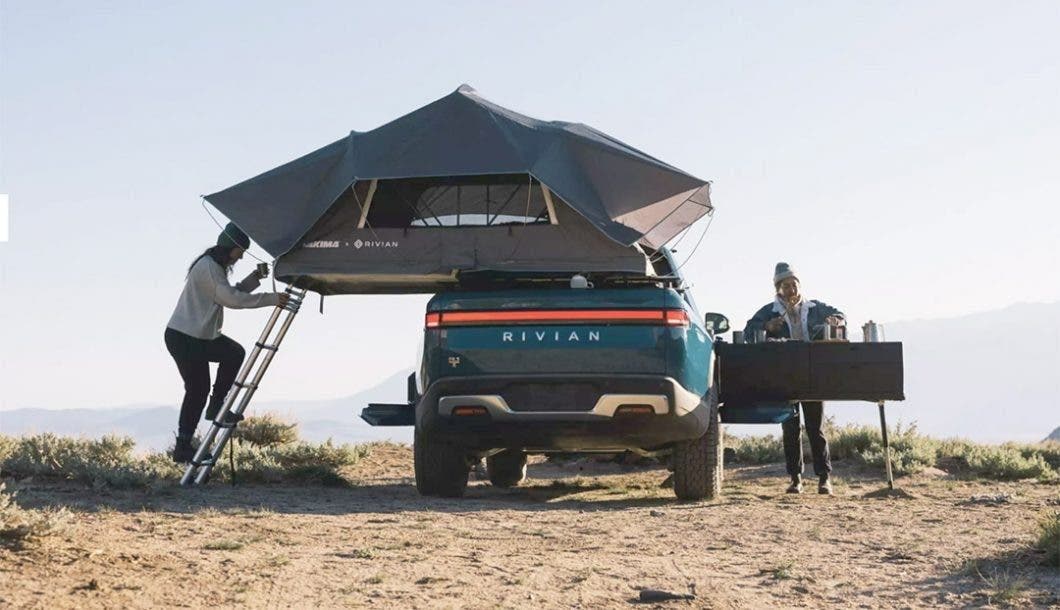 While tiny houses are now part of that norm, we are starting to see the same foresight in other industries. Once of these industries is the electric vehicle industry. From Tesla to Ford, these companies are doing their own 180s from the traditional vehicle market.

Rivian is taking this one step farther by adding on-the-road living capabilities to their all-electric truck—as a standard feature. The Rivian R1T is one cool looking truck, but now you can actually take it off-grid in all sense of the word. 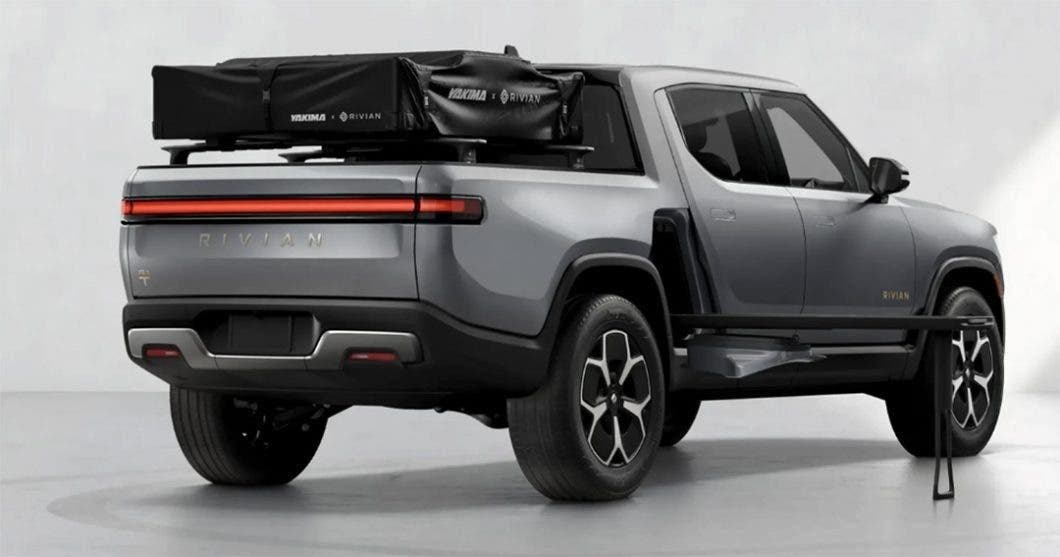 The R1T is currently in the process of becoming a vehicle with a 400-mile range on one charge. Along with its ability to tow up to 11,000 lb., the Rivian will be one of the most impressive adventure trucks on the electric market. Now the truck comes with the Rivian Adventure Gear line that includes a bed-mounted Yakima rooftop tent, all-electric slide-out kitchen, and cooking supplies.

The kitchen includes all necessary cooking supplies by Snow Peak. 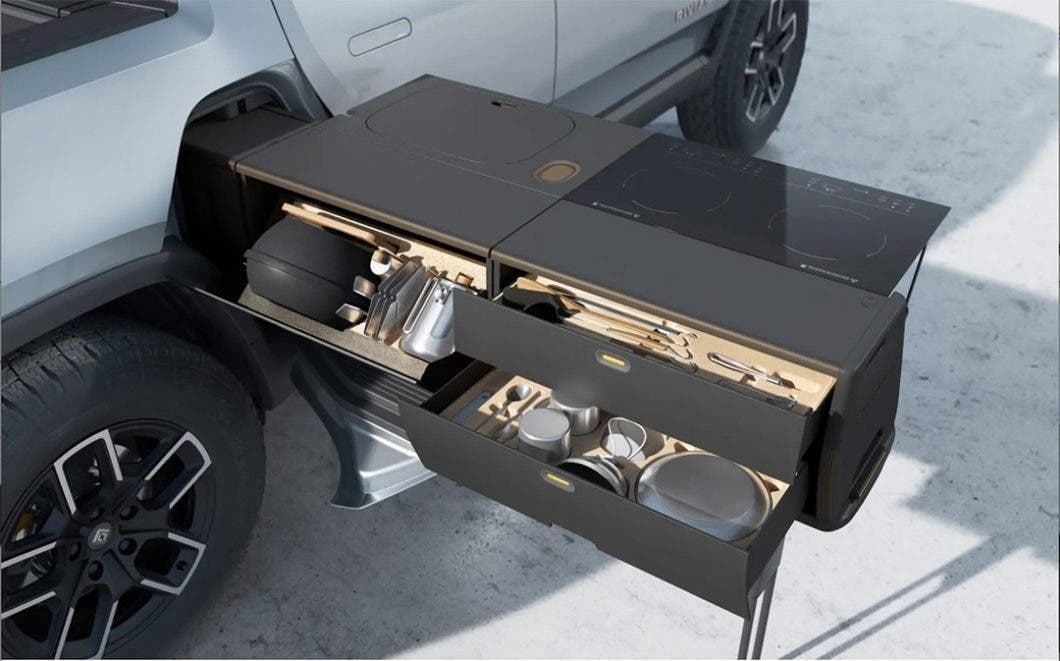 Because the Rivian lacks a combustion engine, the engine becomes a storage area for gear and clothing. In addition, the Rivian is unique in that it also has a “Gear Tunnel” compartment under the bed that can store another 250 lb. of gear. 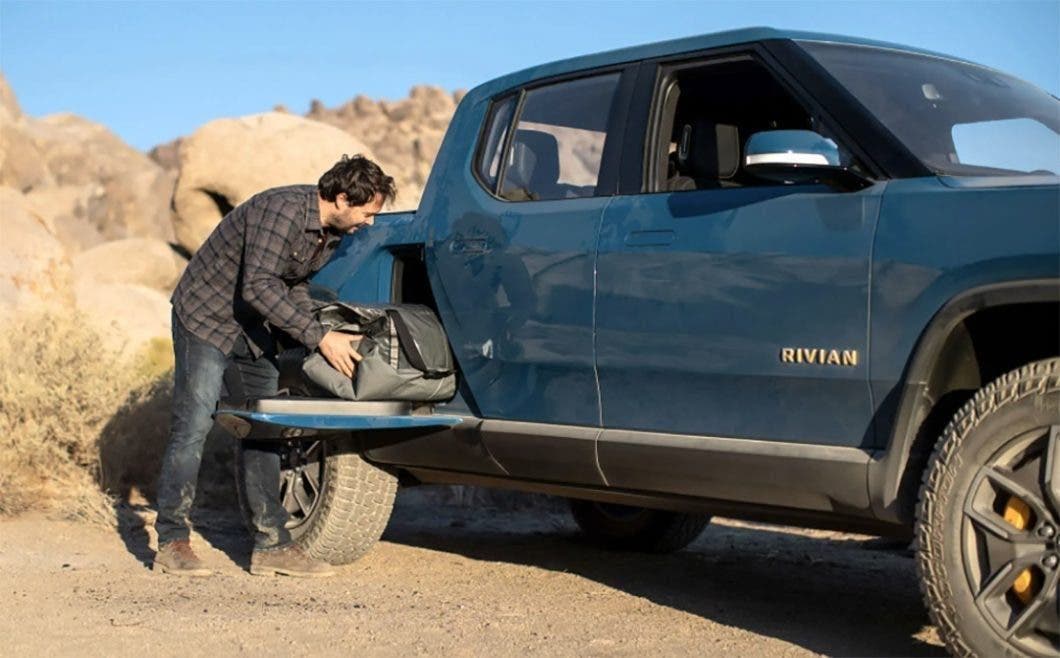 The Rivian’s Camp Kitchen is all-electric and features a two-burner induction cooktop, a four-gallon water tank, pump, collapsible sink, and spray faucet. It even comes with all the Snow Peak cookware you need for meals on the road. Again, with an eye toward the future, the kitchen can be updated when technology and new features are released. 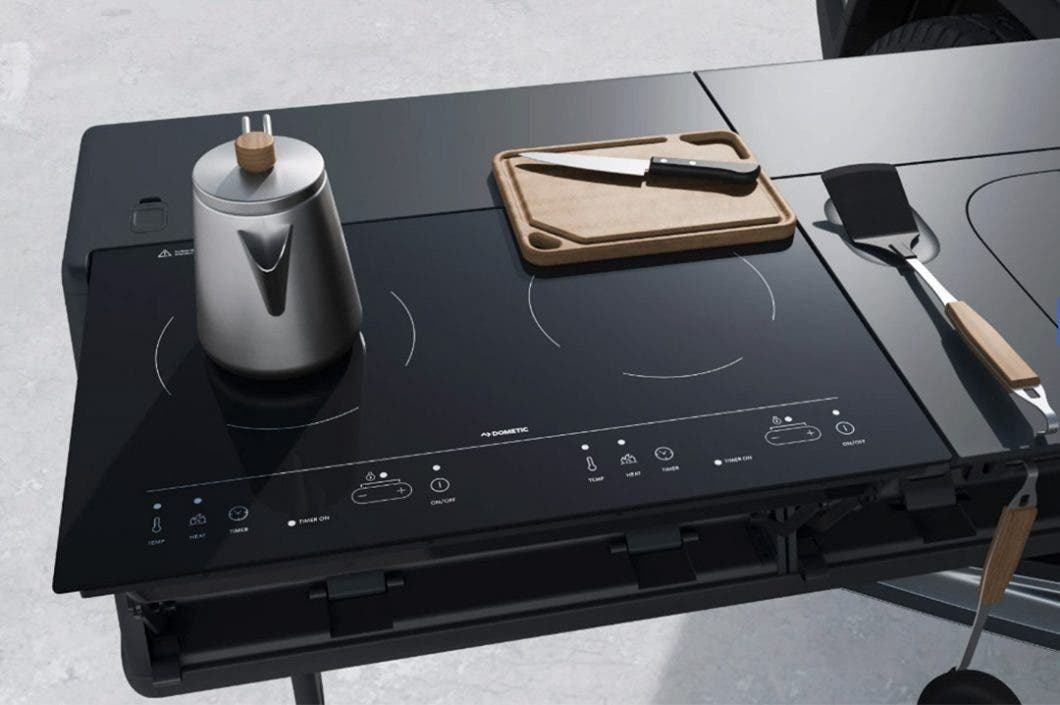 The Rivian and its Adventure Package are also surprisingly affordable. While the average cost for the whole shebang is about $72,000, you can easily spend that amount of money on a brand new traditional truck or even a basic tiny house.